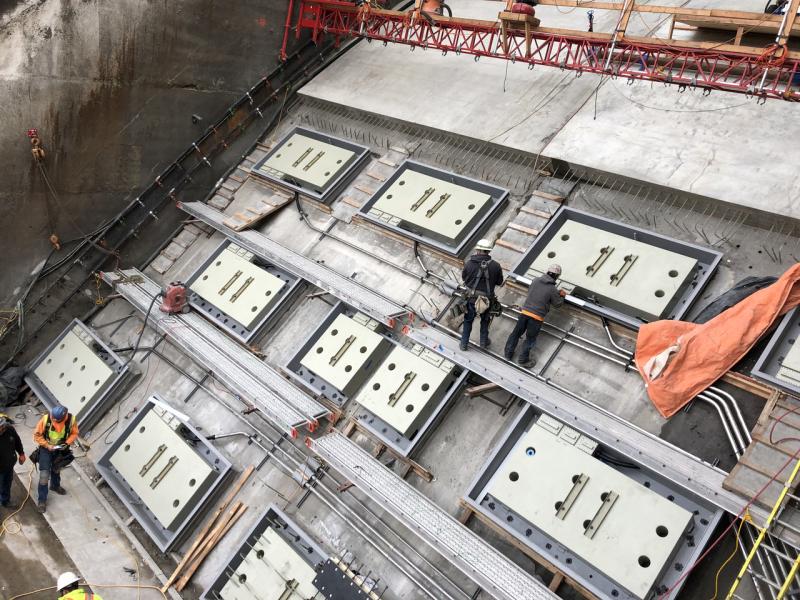 The technological challenge was enormous: Embed low-frequency antennas in the concrete spillway of Lower Granite Dam to detect tiny electronic tags in juvenile salmon and steelhead passing by in water rushing roughly 50 miles an hour.

The antenna had to energize each tag, slightly larger than a grain of rice. This signals the tag to send back its data within about 30 milliseconds. That’s three times faster than the blink of an eye. 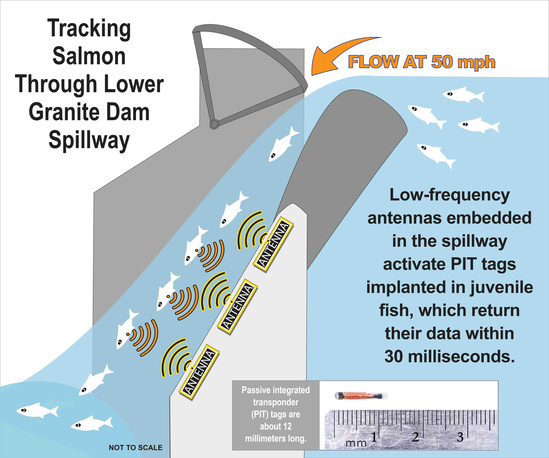 “That is worlds beyond anything that has been done before,” said Steve Anglea, Director of Technical Services at Biomark, a Boise, Idaho, company that designs systems to track fish and wildlife using passive integrated transponder (PIT) tags. They are the same kind of tags used to identify lost pets.

The tags have made it possible to track individual fish through federal dams on the Columbia and Snake Rivers, allowing agencies to monitor the survival of threatened and endangered stocks. That has helped reveal where improvements could help boost their survival. Increasing spill of water at the dams in recent years to speed juvenile fish downstream has carried more fish through spillways, making it increasingly important to track fish through that route.

Biomark experts working with the U.S. Army Corps of Engineers and NOAA Fisheries this month oversaw the installation of the most powerful low-frequency PIT tag detection system in the world at Lower Granite Dam on the Snake River in eastern Washington. It is the first system capable of detecting fish rushing with water through the spillway at one of the federal dams.

“We have pushed the technology to a point that would not have been possible only a few years ago,” said Gabriel Brooks of NOAA’s Northwest Fisheries Science Center, who has led development of the system. He noted that the new antenna system has had spinoff technology benefits that have improved detection of tags by other systems such as one at Bonneville Dam. 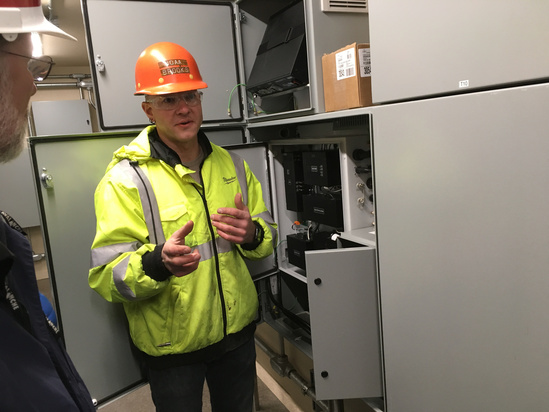 The tags help biologists understand which fish, passing through which routes, best survive their migration to the ocean. Salmon and steelhead that reach the ocean safely and survive their years at sea return to the rivers as adults to spawn and contribute to recovery of threatened and endangered populations.

The Bonneville Power Administration and the Army Corps of Engineers, which owns and operates Lower Granite Dam, funded development and installation of the $7 million system. The technology was developed and tested by Biomark, NOAA Fisheries, and the Pacific States Marine Fisheries Commission.

“We all have an interest in understanding how fish move through the system and how we can make changes to assist them on their migration,” said Scott Bettin, fisheries biologist at BPA.

Tracking fish through the Lower Granite spillway could more than double the roughly 30 percent of fish detected going through the dam’s bypass system, the other main route through the dam. Improvements have greatly reduced the number of fish passing through turbines.

“Having information on fish passing through spill and bypass systems will help us answer questions about downstream survival and smolt-to-adult-returns of fish passing through the different routes,” said James Faulkner, research statistician at the Northwest Fisheries Science Center, who tracks survival of fish through the dams each year. “The picture will be clearer.”

Three rows of antennas in the spillway will give the system repeated opportunities to detect each tag.

The low frequency antennas are built out of enormous coils of wire. Each wire itself is made up of 2,000 strands of even thinner wire that together measure the width of a pencil. The many strands help produce a more powerful electromagnetic field that can reach through seven inches of concrete and several feet of water rushing over the spillway. 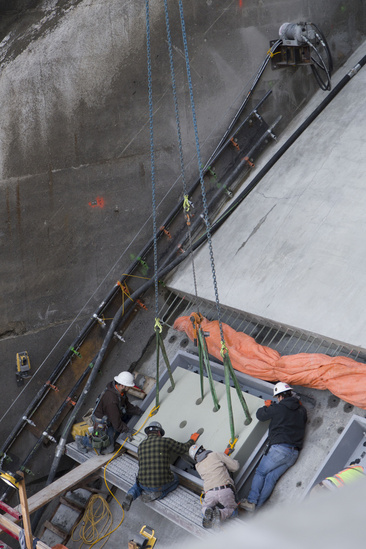 Crews lower one antenna unit into place in the spillway of Lower Granite Dam, where it will be covered in concrete. The concrete around the antenna array is reinforced with fiberglass rods instead of metal rebar that could interfere with signals from the antenna. Photo: U.S. Army Corps of Engineers.

Crews lower one antenna unit into place in the spillway of Lower Granite Dam, where it will be covered in concrete. The concrete around the antenna array is reinforced with fiberglass rods instead of metal rebar that could interfere with signals from the

Signals from the antennas cause the tag in each fish to close a circuit, sending a burst of data back to the antenna that includes a unique identifier for each fish. All PIT tags implanted in fish in the Columbia Basin are logged in a public database operated by the Pacific States Marine Fisheries Commission so their data is available for research.

The concrete around the antenna array is reinforced by fiberglass rods instead of metal rebar that could interfere with the radio signals bouncing off each tag.

The construction contractor developed methods to apply concrete within very exact tolerances to the curved surface at a steep angle, said Jack Sands, project manager for the Army Corps of Engineers.

“Attention to detail, in both design and construction, has been of paramount importance,” he said. “All of the collaborating organizations and participating contractors have worked extremely closely together to ensure this project is the best the technology can deliver.”

Last updated by Northwest Fisheries Science Center on May 10, 2022