Eulachon returned to spawn when other food was scarce and was known to tribes as “savior” or “salvation” fish. A new plan outlines a combination of strategies for eulachon recovery. 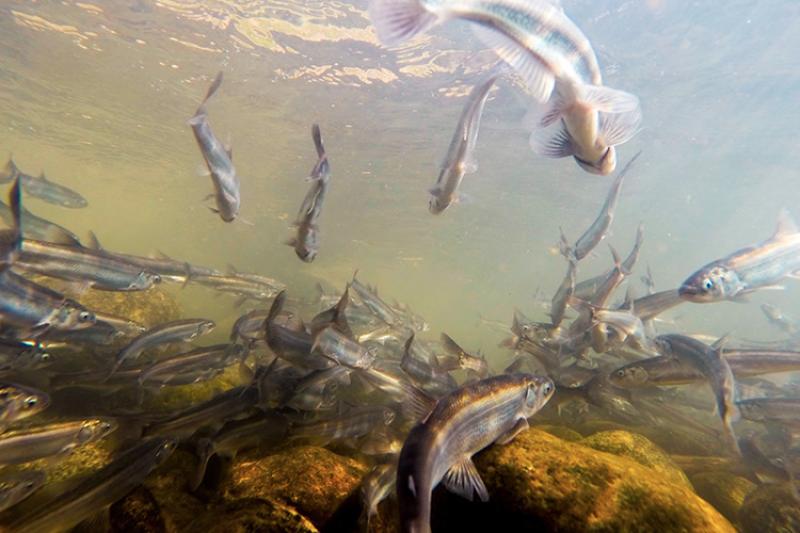 NOAA Fisheries has finalized a recovery plan for the southern Distinct Population Segment of eulachon, a small smelt that spawns in coastal rivers such as the Columbia River Estuary and has enormous importance to tribes, coastal communities, and the ecosystem.

Recovery of eulachon would not only fulfill the goals of the Endangered Species Act and benefit the ecosystem, it would also provide renewed cultural and economic benefits for the region.

Eulachon, and the valuable grease they produce, historically formed a cornerstone of Native American trade in the Northwest, often transported hundreds of miles over “grease trails” to reach inland tribes. Because eulachon return to spawn in late winter and early spring when other food was scarce, they became known to tribes as “savior” or “salvation” fish. Tribal and recreational fishermen still prize the fish that carries so much oil it burns like a candle.

The blueprint for recovery covers eulachon that spawn in rivers from British Columbia’s Nass River south to the Mad River in California.

The population declined abruptly in the mid-1990s and NOAA Fisheries listed it as threatened under the ESA in 2010. Eulachon abundance then improved, likely thanks to favorable ocean conditions, especially from 2013 to 2015. The population declined sharply again in 2016 and 2017. The likelihood that poor ocean conditions will persist in the next few years suggest the possibility of further declines.

Climate change impacts on freshwater habitat and eulachon bycatch in offshore shrimp fisheries also ranked as a major threat. Dams and water diversions in the Klamath and Columbia rivers and predation by sea lions, hake, birds, and other predators in the Fraser and British Columbia coastal rivers filled out the rest of the top threats for eulachon.

The recovery plan outlines a combination of strategies to address each of the threats through an adaptive management framework. The framework relies on the best available scientific information to tailor the approaches as research reveals more about the species and the strategies.

Eulachon recovery could take 25 to 100 years, with an estimated cost of about $12.2 million to implement the strategies identified in the recovery plan over the first five years. NOAA Fisheries will pursue the strategies in partnership with regional tribes, other federal agencies including the U.S. Army Corps of Engineers, state fish and wildlife agencies, and the fishing industry.