The increase in ice seal mortality is nearly five times the average number. 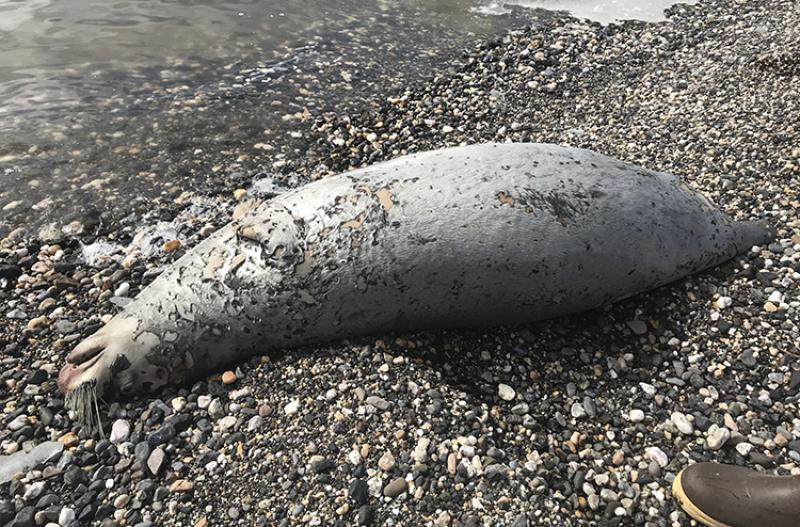 NOAA is declaring an Unusual Mortality Event (UME) for bearded, ringed, and spotted seals in the Bering and Chukchi seas. From June 1, 2018 to present there have been reports of 282 dead seals, with 119 stranded seals in 2018 and 163 in 2019. The increase in ice seal mortality is nearly 5 times the average number of reported strandings, which is about 29 seals annually.

Why Declare an Unusual Mortality Event?

The Marine Mammal Protection Act defines an Unusual Mortality Event as a stranding event that is unexpected, involves a significant die-off, and demands an immediate response. NOAA Fisheries assessed whether the increased ice seal mortalities met at least one of seven criteria required for a UME.

We concluded that the ice seal die-off met the first criterion: A marked increase in the magnitude or a marked change in the nature of morbidity, mortality, or strandings when compared with prior records.

Declaration of a UME will bring more focus, expertise, and resources to help the investigation. The public may use Pay.gov  to donate to the Marine Mammal UME Contingency Fund for this or other UMEs and help cover costs incurred by the Alaska Marine Mammal Stranding Network.

Alaska Natives living along the coast of Alaska, specifically the Beaufort, Chukchi, and Bering seas, and Bristol Bay, are highly reliant on ice seals to maintain their nutrition and subsistence culture. Hunting, processing, and using seals is an important part of Alaska Native culture and heritage. Seals are a source of food, and their skins are used for clothes, boats, and handicrafts.

Due to the implications to marine mammal health and food safety, marine mammal strandings are a major concern to Alaska Native hunters and communities.

Coastal community members and subsistence hunters are often the first to discover unusual wildlife events. They provide valuable information for monitoring the health of wildlife populations.

How to Report a Dead Seal