While steps will be taken in the next few weeks to begin winding down operations, fish returns are expected for several years after production ends. 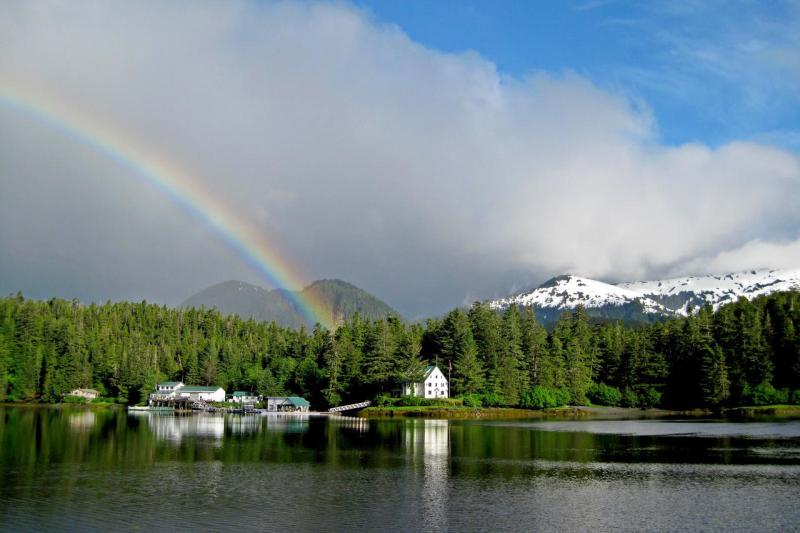 Over the years, fish hatched, reared, and released from Little Port Walter have augmented a number of coastal fisheries throughout Southeast Alaska. However, due to budgetary challenges NOAA Fisheries is phasing out its salmon production at the field station beginning in June.

NOAA Fisheries does not expect there to be any immediate effects on local communities of its plan to phase out its salmon production work at this facility. This is because even after salmon production stops, we anticipate that adult fish from previous year releases will continue to return to Little Port Walter. We expect returns for up to five years that will support local commercial and recreational fisheries.

Within the next few weeks, staff will begin the permitting process to transfer eggs and milt  collected from adult fish to another hatchery facility. This will occur when maturing adults return to Little Port Walter later this summer (early August). The current broodstock of Chinook salmon juveniles in culture will be raised, tagged, and released in May 2022. At that point Chinook production will be concluded, but fish returns will continue through 2025.

“This was a very difficult decision to make. We know people in some communities are relying on these fish to augment their salmon catches,” said Robert Foy, science and research director, Alaska Fisheries Science Center. “However, given our budgetary constraints, it was necessary to focus our limited resources on core research activities to support our federal mandates under the Magnuson-Stevens Act.”

According to Foy, the agency will continue to actively seek another organization to take over the salmon production operations in the future.

“We are hopeful that because we are offering to transfer technology, an enterprising organization will see this as a business opportunity,” he said.

If successful, the goal is to make the transfer of operations seamless for local fishers and subsistence communities.