Sam Lovall of Friends of the Detroit River receives National Wetlands Award for his efforts to restore river habitats.

In May 2020, Sam Lovall, of Friends of the Detroit River, was honored with a National Wetlands Award. He was recognized in the Local Stewardship category for his efforts to restore river habitats in southeast Michigan. Sam has been a long-standing NOAA partner on Detroit River habitat restoration efforts. 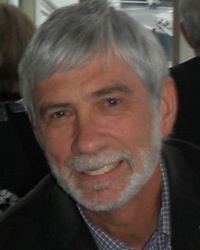 Sam has led numerous riparian—or river-adjacent habitat—planning projects in southeast Michigan. He has led the development of master plans for the Rouge River Gateway, the Detroit River International Wildlife Refuge Gateway Site. He has also led an Opportunity Assessment for the Lower Detroit River. Read Sam’s thoughts on wetlands research from a scientist's perspective and watch him discuss his wetlands work.

We are honored to acknowledge all of the winners of the 31st Annual National Wetlands Awards: Mark Beardsley; John W. Day Jr.; Trinity Favazza; Ted LaGrange; Sam Lovall; and Robert Wade. The 2020 awardees have demonstrated extraordinary commitment to the conservation and restoration of our nation’s wetlands. They were acknowledged in a month-long digital campaign.

The annual National Wetlands Awards Program is administered by the Environmental Law Institute and supported by:

NOAA Fisheries has supported the program for more than 20 years.

The awards were established in 1989 and have honored more than 200 wetland champions in honor of American Wetlands Month. NOAA became the first partner in 1999 to join the Environmental Law Institutein honoring our nation’s wetland conservation heroes. NOAA continues to support and acknowledge the significant wetland conservation work represented through these awards.

Last updated by Office of Habitat Conservation on November 10, 2020