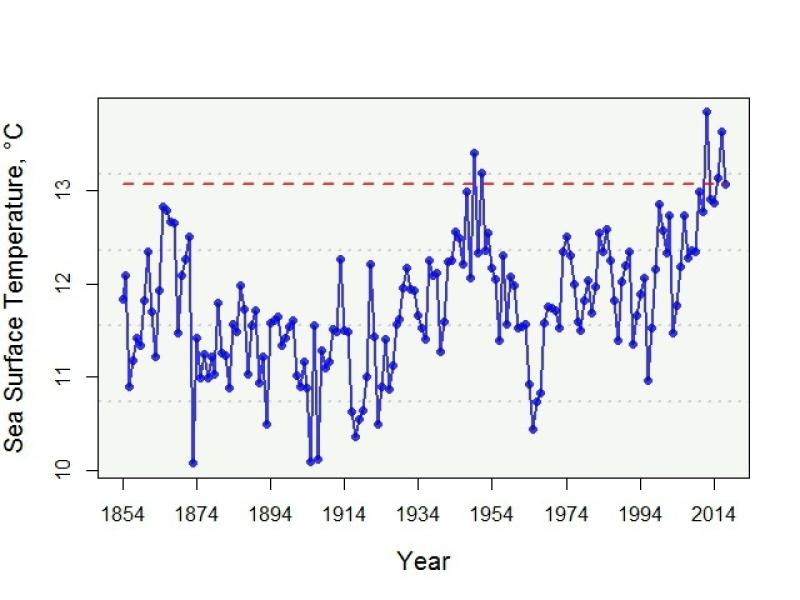 Temperatures at the bottom of the water column throughout the Northeast Shelf marine ecosystem are rising, especially in the fall.  At the same time, many species are expanding their habitats northeastward along the East Coast or into deeper water, according to the latest current conditions report from the Northeast Fisheries Science Center.

“As species distributions have shifted, many species are occupying more of their new habitats, which suggests greater overlap with the habitats of other species,” said Kevin Friedland, an oceanographer with the Northeast Fisheries Science Center’s Ecosystems Dynamics & Assessment Branch and author of the report.  “In addition, the fall distribution for 48 species indicates that on average species have moved further to the northeast along the shelf and into deeper waters.”

Temperatures increased about 1.5 degrees Celsius (2.7 degrees Fahrenheit) overall, with the northern end of the ecosystem in the Gulf of Maine and on the Scotian Shelf showing temperatures well above average from summer into fall.

Phytoplankton production represents the base of the food chain and provides the source of food for fishery resources. Low annual chlorophyll concentration is also reflected in the seasonal phytoplankton blooms, which are now detected throughout the year instead of only during spring and fall. In 2017, spring blooms were among the smallest ever detected in all areas of the shelf. Fall blooms were short, with average or below average intensity. 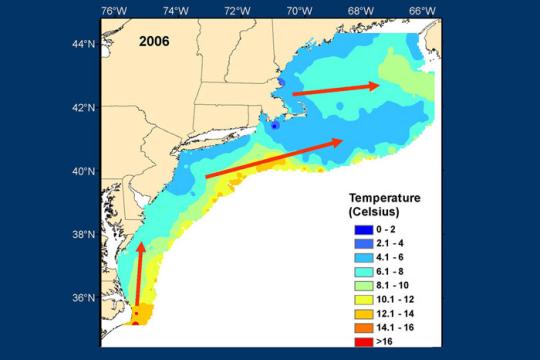