An ecological experiment that employed beavers to restore streams in Central Oregon found that the streams produced nearly twice as many juvenile steelhead within a few years after the beavers went to work. 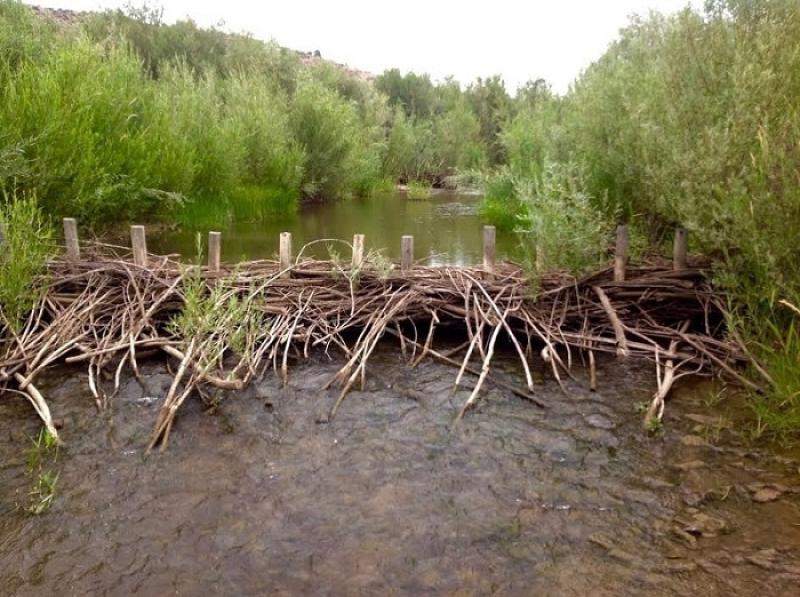 While beavers' natural engineering abilities are well-known, the project on Oregon's Bridge Creek is the first to show that their reengineering of streams can yield such pronounced improvements in fish populations. The results suggest that, under the right conditions, beavers can restore the health of streams and their fish, faster and likely at lower cost than traditional river restoration that relies on expensive heavy equipment.

"What was most surprising was how fast we saw changes, and how fast the fish responded," said Chris Jordan, a fisheries ecologist with NOAA Fisheries' Northwest Fisheries Science Center and coauthor of the research. "Beavers are themselves agents of change and we can see in this case how those changes cascade across the landscape."

The results of the research on Bridge Creek, a tributary of the John Day River, were published in Nature's online journal Scientific Reports by a team of scientists from Eco Logical Research Inc., Utah State University, NOAA Fisheries, the Oregon Department of Fish and Wildlife and South Fork Research. The research was funded by the Bonneville Power Administration and NOAA Fisheries.

Large numbers of beavers once coexisted with salmon and steelhead across the Northwest until they were trapped nearly to extinction in many areas. Streams such as Bridge Creek also deteriorated under pressure from grazing and other activities. Many streams became incised, cutting trench-like into the ground. The falling water table left streamside vegetation stranded on high terraces, where its roots could no longer access water.

Such streams provide poor fish habitat. Beavers also struggled because a lack of large wood left them to construct dams with small willows easily washed out by high flows.

"We used restoration as a large scale manipulation to a watershed to determine if and how restoration can improve fish habitat," said Nick Bouwes, owner of Utah-based Eco Logical Research Inc. and lead author of the study. "We also used a very cheap approach which mainly relied on beavers doing most of the heavy lifting for us."

In 2009 scientists tested what would happen if beavers got a foothold. The scientists jump-started the beavers' work by sinking posts (called beaver-dam analogs, or BDAs) into the streambed of Bridge Creek to help the animals build and anchor their dams against the current. In addition, the Bureau of Land Management reduced grazing in wetland areas along the creek, and the Oregon Department of Fish and Wildlife closed the watershed to beaver trapping.

Quickly, beavers began building dams using the BDAs throughout Bridge Creek. By 2013 beavers had built 171 dams with help from the BDAs or naturally, eight times more dams than the average of the few years before scientists installed the BDAs.

But the real change was in the stream. Beaver dams anchored to the BDAs raised the water level, creating large pools where sediment was deposited. Soon the trenches began filling in, and water spread out onto the adjacent floodplain, giving rise to streamside vegetation and creating side channels and backwaters. Water temperatures slightly cooled in stretches with beaver dams compared to those without.

The changes improved fish habitat, with a deeper more complex stream channel. Over seven years the scientists tagged 35,867 fish with tiny electronic tags to track their movements and survival.

While the quality of habitat improved, the quantity of habitat also increased as stream channels and wetlands expanded into the floodplain, Jordan said.

"It's hard to point to any one thing as the most important change," Jordan said. "It's all of the changes that makes better quality habitat, and makes more habitat too."

"Because of the large scale nature of the experiment and the intense monitoring, this study represents one of the few examples of detecting benefits of restoration to a fish population- and perhaps the first to show beavers as the restoration agent to cause such a response," Bouwes said.

More ambitious efforts to use beavers as agents of restoration are now underway in other parts of the Columbia Basin. An interagency team of scientists has also developed the Beaver Restoration Guidebook to assist landowners and others interested in recruiting beavers as natural engineers.