The following is the first feature in a multi-part series about NOAA Fisheries Partnerships in Alaska. NOAA Fisheries is strengthening relationships and building partnerships with the commercial fishing industry, environmental community, academia and private businesses to broaden our expertise and maximize agency resources to better fulfill our scientific and management mission of monitoring, protecting and sustaining Alaska’s valuable natural marine resources. Special thanks to Ben Shouse, Lenfest Ocean Program, Jeremy Sterling, NOAA Fisheries/Alaska Fisheries Science Center, and Ivonne Ortiz, the University of Washington’s Joint Institute for the Study of the Atmosphere and Ocean (JISAO) for pulling this feature together. 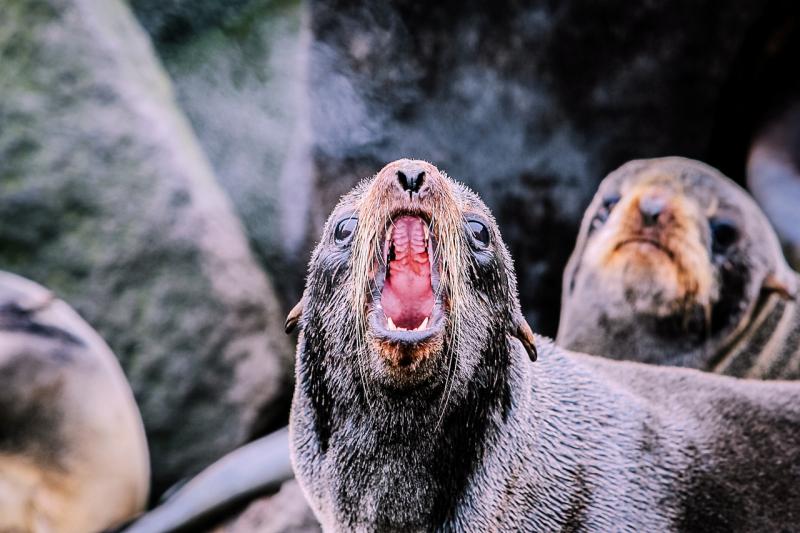 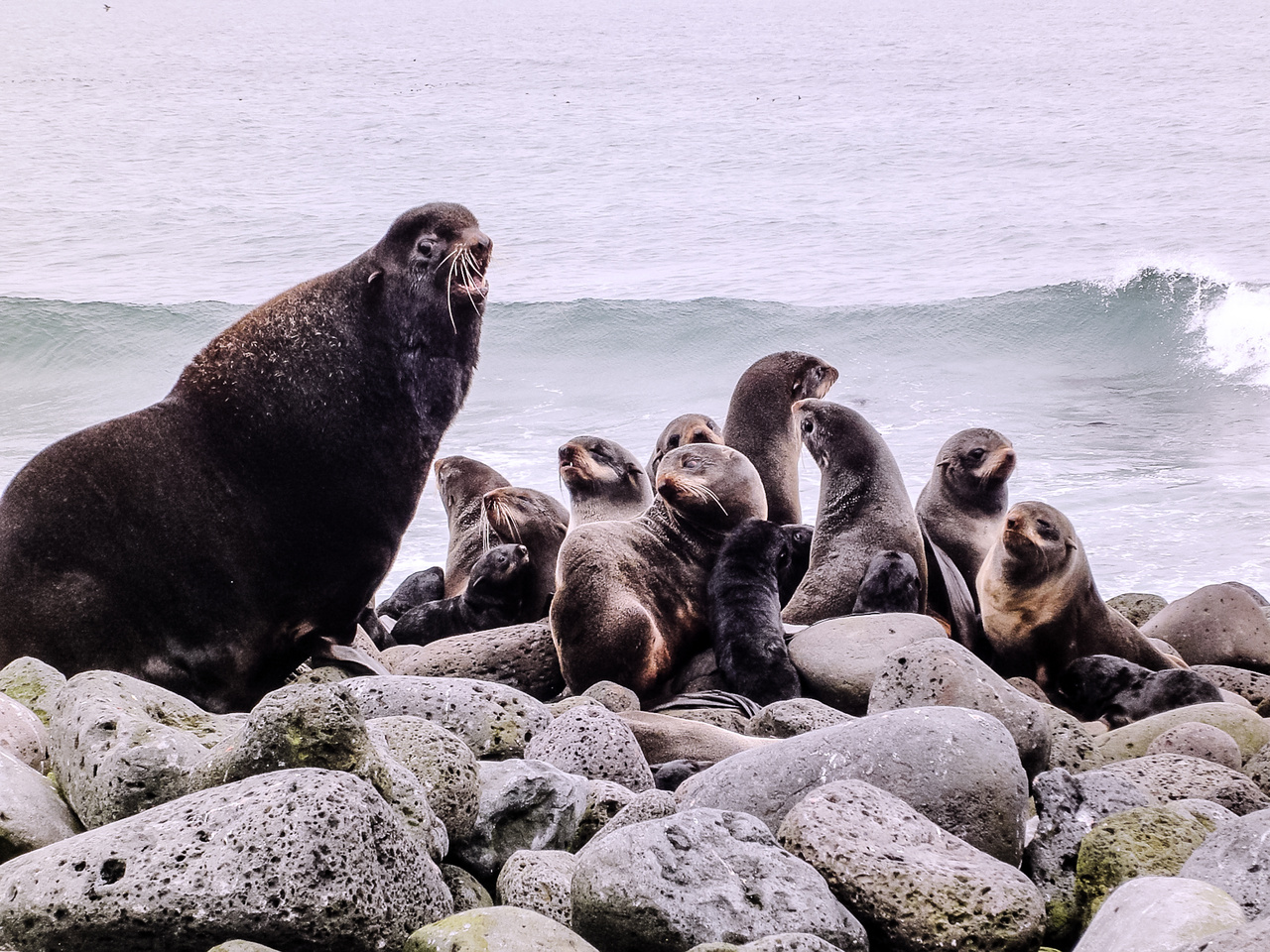 Scientists have gathered a wealth of data on northern fur seals, a hardy species native to the frigid Bering Sea and North Pacific.They have weighed them to measure their growth, drawn their blood to measure calorie expenditure, attached video cameras to see what they eat, and followed them with autonomous watercraft and satellite transmitters to learn more about where they reproduce, grow up and feed.

Yet they cannot explain the population’s recent and ongoing decline. Its numbers are down more than half since the 1990s. Now, researchers are building a new set of mathematical models to not only solve the mystery, but help the species recover in the future.

But why mathematical models? Why not just observe the fur seals and their ecosystem directly? The answer is that scientists are observing them directly, and models help to combine thousands of collected observations so they can be more easily analyzed and interpreted.

Models are simply sets of equations that describe biological relationships. For example, an extremely simple model might be an equation that uses the number of calories a mother fur seal eats to calculate how much weight her pup will gain. Scientists adjust the numbers in these equations to match the data on real fur seals.

If they choose an appropriate model, they should be able to show how two or more datasets relate to each other. For example, the simple model described above should be able to use data on the availability of calories in a given year to calculate how quickly pups gained weight that year. If these calculations match the real data on pup weight across many years, it gives scientists confidence that the model can help predict what will happen in the future. 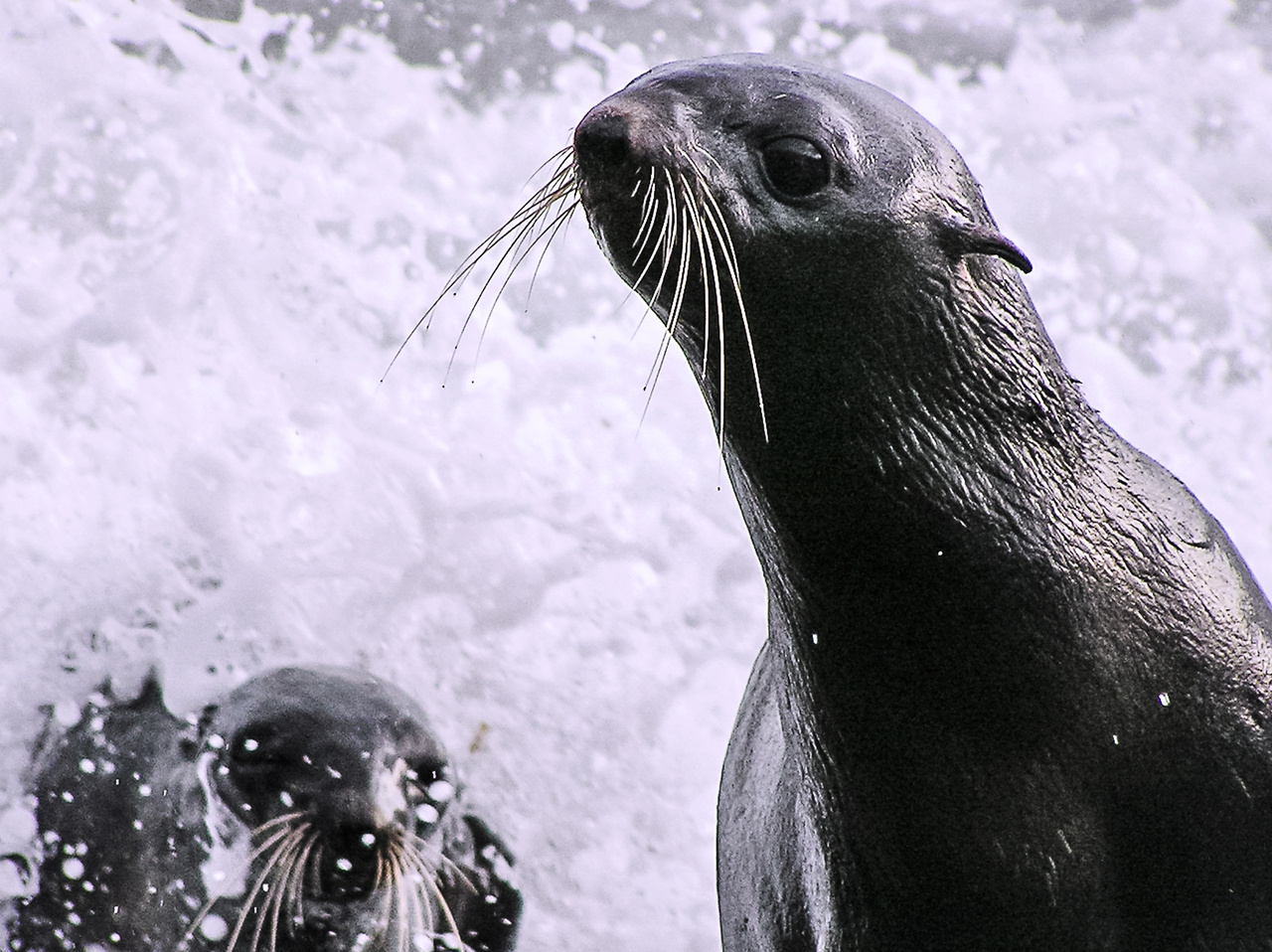 Scientists are focusing their research on northern fur seals in what is called the Eastern Stock, which is listed as depleted under the Marine Mammal Protection Act. Most of the stock breeds on Alaska’s St. Paul and St. George Islands, in the middle of the eastern Bering Sea.

Female fur seals arrive on these remote islands in late June and give birth within a few days, each to a single pup. A mother nurses her pup for perhaps a week, then leaves it and heads out to sea to catch fish and squid. She returns a few days later, nurses again, then repeats the cycle. (While the moms are away, the pups gather in a sort of unsupervised day care known as a “puppy pod.” And yes, there’s video of this.)

But in some years, mothers on St. Paul take unusually long trips to sea, and their pups are slower to gain weight. Because most of the stock breeds on St. Paul, these long trips have led scientists to hypothesize that reduced food availability is contributing to the population decline.

The main food source for these seals during breeding is the abundant walleye pollock. This relatively short-lived, schooling species is also the target of one of the world’s largest fisheries and a major source of fish sticks and frozen fillets in the United States.

So if the pollock are abundant, why are the St. Paul fur seals declining? Researchers are building or modifying four different models to look for answers in the millions of data points they have on hand. The research team includes NOAA’s Alaska Fisheries Science Center and the University of Washington’s Joint Institute for the Study of the Atmosphere and Ocean (JISAO) with support from the Lenfest Ocean Program.

Model 1: The first model will essentially estimate how many calories fur seals need to survive and raise pups. Scientists will build the model and configure it to existing data, such as data from a study in 1995 and 1996 that gave seals labeled water and sampled their blood to see how quickly they burn calories. Other existing studies have measured the calories in mothers’ milk and how quickly pups gained weight in different years. Still others have tracked fur seal foraging trips and dive depth, which provides clues as to what they were eating. (There’s video of deep diving too, showing a seal catching a big fish at the 1:38 mark.)

The model will tie these disparate data together, resulting in maps of where fur seals get their calories.

Model 2. The second model takes a wider look at the eastern Bering Sea ecosystem, depicting the locations and abundances of 15 fish species, along with nutrients, plankton, climate, and the activities of 16 fisheries. Scientists will use it to map the summer distribution of pollock between 1971 and 2016. They will then overlay these maps with the fur seal feeding maps from Model 1, generating estimates of how much of the pollock population fur seals eat in a given location.

As an independent check on the model, the team will analyze climate and environmental data such as temperature and wind speed to sort out what conditions are favorable to healthy population growth.

This stage of the research may reveal whether a shortage of calories can solve the mystery of fur seal decline. In addition, Model 2 will feed data into Models 3 and 4, which are intended to help managers decide what to do about that decline.

Model 3. The third model is relatively simple and is currently used to help set the quota for pollock. The data from Model 2 on consumption of pollock by fur seals can be plugged into this model to ask what changes to the fishery, if any, would improve the chances of successful fur seal breeding.

Model 4. The last model will simulate the movements and feeding of northern fur seals and project how future climate change and fishing may affect them. To make these projections, the researchers will generate scenarios of fast or slow climate change, along with either no fishing or fishing at current levels, and simulate the resulting abundance of pollock and breeding success of fur seals.

By pulling the data together using models, the researchers hope to not only explain the fur seal decline, but tell managers what options they have for responding. Results from the project are expected in 2020.