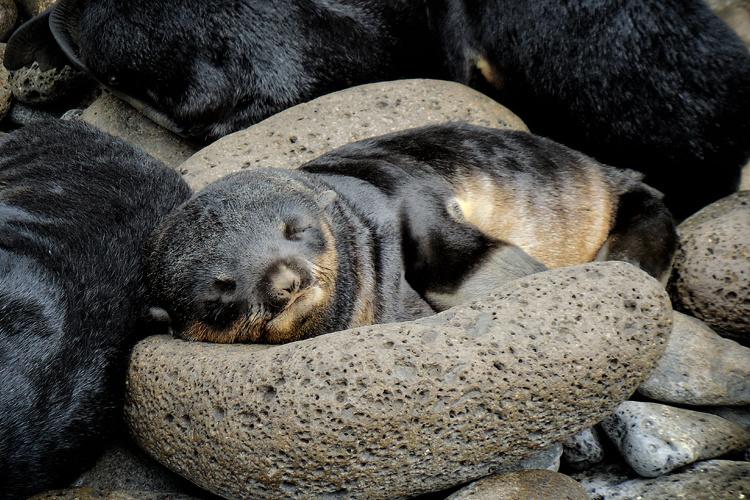 We’re back for a second year of tracking northern fur seals on St. Paul Island and measuring prey availability in the northern fur seals feeding area. Continuing this work is a fantastic opportunity that will help us build on what we learned in 2016.

Similar to last year, our plan is to equip adult female fur seals with satellite tracking instruments to measure at-sea behavior from July until September. We will also capture each females’ pup to measure growth over the summer and link this information to the mom’s foraging success. This year, only one Saildrone will be used for the study, but we still hope to cover the entire fur seal feeding range measuring walleye pollock abundance and distribution.

The exciting news this year is that we are using new, state-of-the-art camera tags! These instruments record high-definition video, which will allow us to take a trip to sea from the point of view of a fur seal and record each time they feed.

We’ll be able to see the fur seals trying to catch fish, confirm the species of fish, and estimate the age or size of the fish.

By linking the video data with the Saildrones echosounder data we can determine if feeding rates vary relative to the amount of fish that’s available. We’ll also be able to estimate foraging success based on the amount of effort a fur seal expends during each trip in relation to the amount of food consumed.

Using video cameras on marine mammals isn’t new but these are customized tags. They are significantly smaller than past video camera tags and have enough battery power to potentially record underwater activity during an entire foraging trip (3 to 5 days).

To protect themselves from potentially aggressive males, researchers tag and collect biological information from female fur seals inside boxes like this when on the rookeries. - Photo: NOAA Fisheries

We’re headed to St. Paul next week to deploy the first round of dive recorders and satellite tags. Our goal this year is to put tags on 16 females. I’ll post an update of our progress while we are on St. Paul.

In early September, we’ll go back to deploy the video cameras for a single foraging trip and to recover all of the tracking instruments. I’m looking forward to jumping back into the box and seeing how the fur seals are doing this year.

Want to know more about last year’s mission? Check out our YouTube Video.

Last updated by Alaska Fisheries Science Center on May 18, 2021