Dinner from a seal’s point of view. 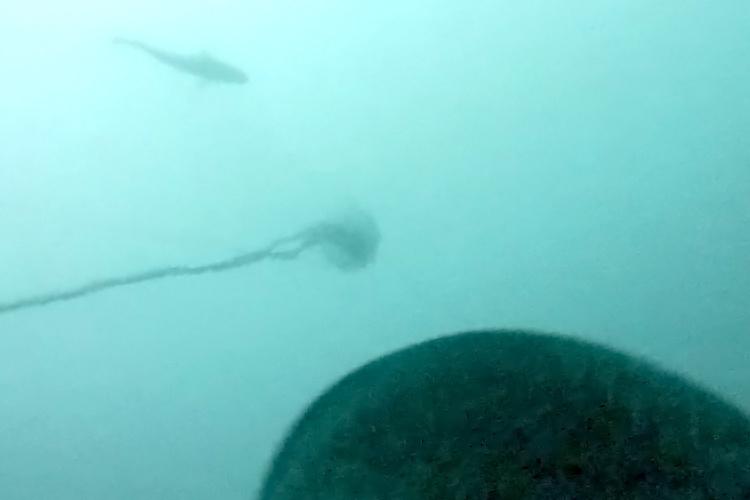 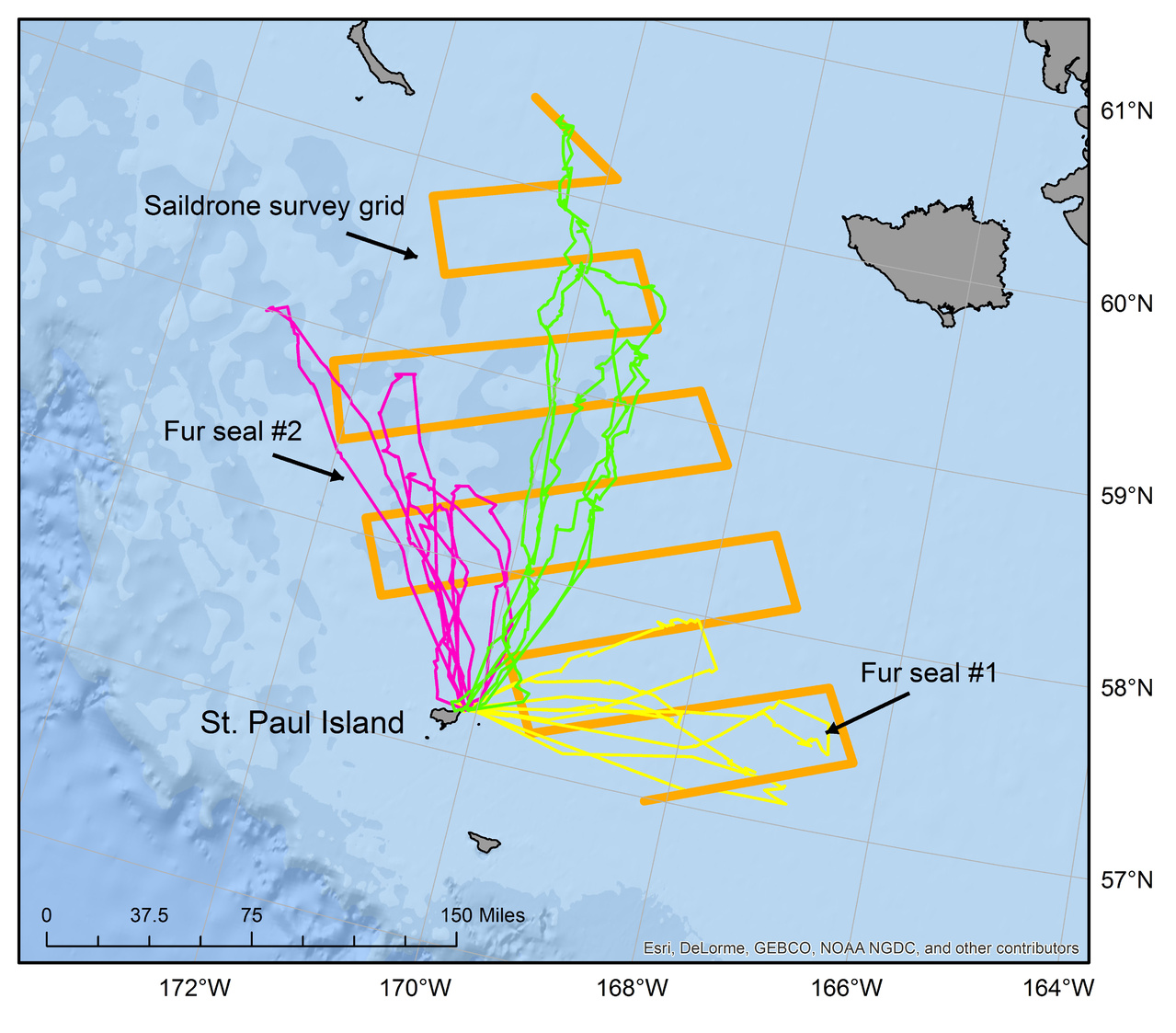 With the field season behind us, now we begin the big task of processing and analyzing the data. We recovered 15 out of 16 tags from adult female fur seals. Each one of these tags contains a wealth of data about where and how far these animals traveled over the course of the tag deployment. The added bonus this year is that, for the first time, we also were able to collect video that actually shows, from a fur seal’s perspective, the hunt and capture of prey, in this case, Pollock.

Similar to what we saw in 2016, this year there was significant variation in where fur seals went to feed and their diving behavior. Our preliminary results from the 2016 Saildrone project suggest that these differences in dive behavior are related to the amount and size of walleye pollock that is available where each seal is foraging. For example, as larger adult pollock become more abundant fur seals dive to deeper depths, likely targeting these big fish that are found closer to the bottom. In contrast, we found that dives were much shallower when the fur seals were in areas of abundant small pollock, which are found in shallower water. The great thing about this year’s study is that we can use the video data collected to confirm the prey species and size that the fur seals are targeting.

Get a view of life from the perspective of a Northern fur seal as it hunts and captures prey, in this case Pollock.

As I continue to process the data, I thought it would be fun to share some of the things we’ve been seeing from the fur seals point of view. So far we’ve seen some exciting clips of the fur seals catching large fish near the bottom, small fish in big schools, all sizes of fish hiding in jellyfish, and a few unsuccessful attempts. The fur seals also recorded other marine species in their environment. In the last blog post, I shared a clip of our instrumented seal swimming with another fur seal. We also saw areas of abundant jellyfish, brittle stars on the sea floor, a few seabirds flying above the surface, and one quick glimpse of a seabird diving! As you can see from these new videos the fur seals are extremely active underwater and everything seems to fly by very quickly. This means each video is reviewed a couple of times, sometimes frame-by-frame, to make sure we catch everything.

Although the processing of this year’s data will likely take months to complete, the work has its benefits. We get to enjoy some time each day swimming under the surface of the Bering Sea checking out the world from a fur seals point of view! 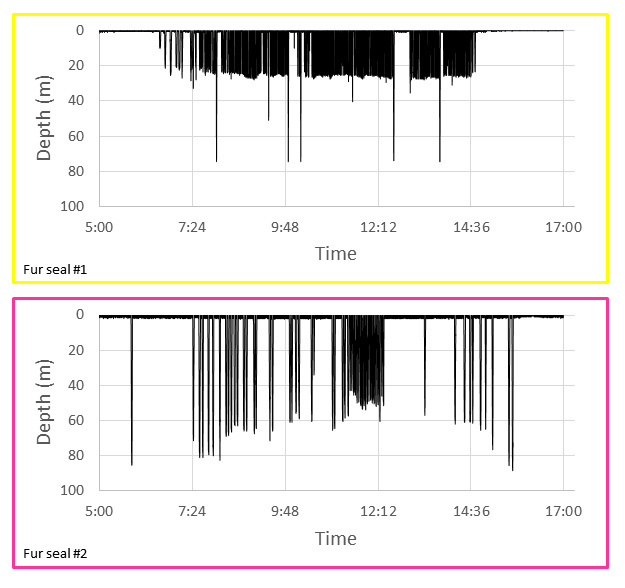 Examples of the dive data recorded from the northern fur seals whose foraging trips are shown above. In this example, Fur seal #1 (yellow tracks) regularly dove between 20 and 30 m, whereas Fur seal #2 (pink tracks) spent most of her time at depths greater than 50 m.