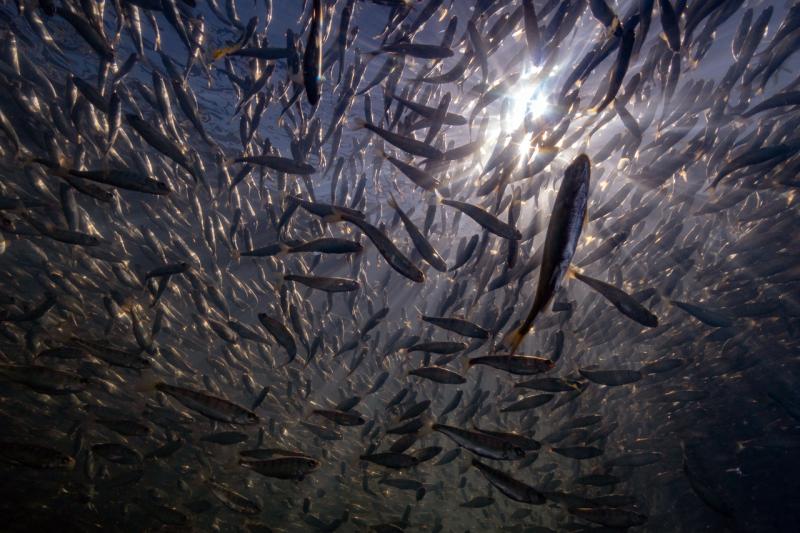 Researchers from NOAA Fisheries’ Northwest and Southwest Fisheries Science Centers chronicled the loss of habitat and genetic diversity that once helped salmon withstand a changing climate.

“The eggs are in fewer baskets,” said Stuart Munsch, an ecosystem scientist at NOAA Fisheries’ Northwest Fisheries Science Center and lead author of the new study published today in Global Change Biology. “The same landscape diversity in California that lets you go skiing and surfing in the same day used to support diverse salmon populations and a fishery well buffered against climate”.

“Now, that salmon diversity is mostly lost, and dams confine salmon to the hottest part of the watershed, where nonnative predators and a lack of rearing habitat reduce their survival. The result of all these stressors is that today’s salmon track climate more tightly than they used to in a warming landscape that routinely experiences drought.”

They said restoring degraded habitat and access to habitat above dams could help revive that diversity. By reopening and improving different areas, restoration can reclaim lost niches and adaptations that help spread the risk. In addition, other recovery actions such as increasing streamflow can make the restoration more effective.

In natural systems, salmon stocks spread the risk of unfavorable climate conditions by maturing across a range of ages to create multiple generations of fish. That way, poor conditions that reduce survival for fish going to sea in 1 or even 2 years affect only part of the population.

Beginning in the early 1900s, ocean fishing that removed the largest, oldest fish left the remaining salmon more vulnerable to climate swings. Additionally, dams blocked high-elevation habitats that remained cool over summer. This removed the option for juveniles to spend the summer in cool rivers before swimming to sea.

The result today is that even a year or two of poor watershed or ocean conditions reduce survival over a much larger share of the population. Fishing opportunities now drop sharply in the years when those missing fish would have matured and returned to rivers to spawn.

Salmon returning early in the year also could no longer reach high-elevation rivers cool enough for them to survive the summer. These winter and spring-run salmon declined precipitously.

Scientists found proof of these changes in receipts from San Francisco fish markets near the turn of the 19th century, among other sources. The receipts held in the Northwest Fisheries Science Center’s library documented the sales of millions of pounds of native salmon. They included winter-run and spring-run Chinook, which are now threatened and endangered species under the Endangered Species Act.

As the ages of salmon have narrowed, salmon fishing has become more sensitive to climate swings, where a single year of poor conditions can sharply curtail fisheries. The scientists were able to document the fishery’s relationship with precipitation going back into the mid-19th century. They used tree ring records to reconstruct annual precipitation in years before instrumental climate records began.

This paper is a product of NOAA Fisheries' California Current Integrated Ecosystem Assessment, a project of the two West Coast fisheries science centers.

The increased sensitivity of salmon populations to ocean conditions may have contributed to the collapse of the salmon fishery from 2008 to 2009. Studies showed that the collapse cost the economy $500 million to $2 billion and 5,000 to 23,000 jobs, and it kept 1,200 fishing boats in port. Such a collapse would have been unlikely before the diversity of salmon and habitats was lost.

Restoration of salmon habitat can help reclaim some of the original diversity and resilience of the species while also benefiting people. Natural floodplain habitats that support juvenile salmon can also improve flood protection and provide room for recreation. The removal of dams on the Elwha River in Washington and proposed dam removals on the Klamath River in Northern California can reopen former habitat that once supported diverse salmon populations.

Managers must coordinate habitat restoration across the different parts of the salmon life-cycle, so stressors such as harvest and low flows do not reduce salmon use of restored habitats. “We need to invest in natural solutions that help bring back some of that original diversity that spreads the risk,” said Correigh Greene, research fish biologist at the Northwest Fisheries Science Center and a co-author of the new research. “Those solutions help spread the impact in ways that can also benefit people.