This pale pup contrasts with its dark-furred companions. 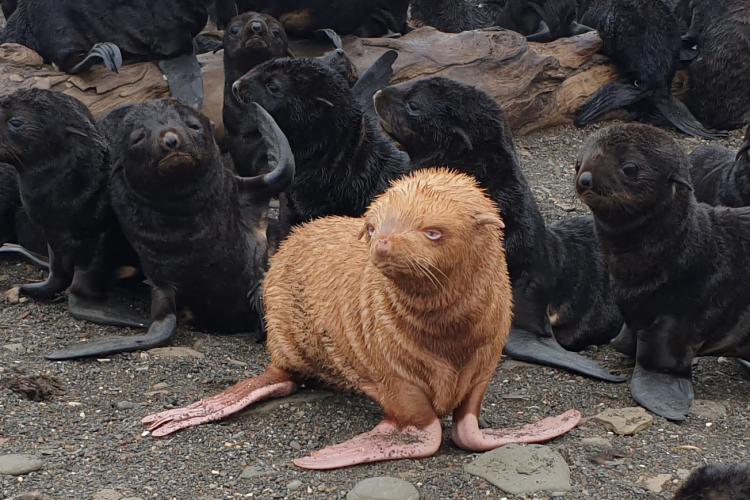 NOAA Fisheries Affiliate Vladimir Burkanov discovered an albino fur seal on a recent research trip to the remote island of Tyuleny in the Sea of Okhotsk, Russia.

The reddish-gold pup has very light colored eyes and pink flippers. It was born in July on the island, which supports a large fur seal colony.

The only information about how rare this sighting is comes from literature published in 1958.  At the time, Scientist Vic Scheffer reported that the chances of encountering a fur seal with this coloration is one in 100,000.

The big questions for scientists today are whether this particular pup will be accepted by the colony and how well it will do foraging after it is weaned.

According to Burkanov, the animal looked pretty healthy when he examined it.  However since his eye sight is so poor, Burkanov worries about his chances for survival.

“It will be interesting to see if we are able to resight the animal again when we survey the rookery next June.”