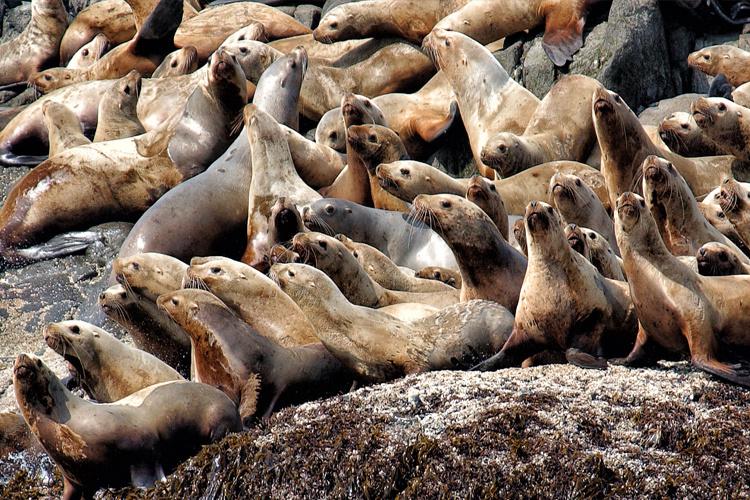 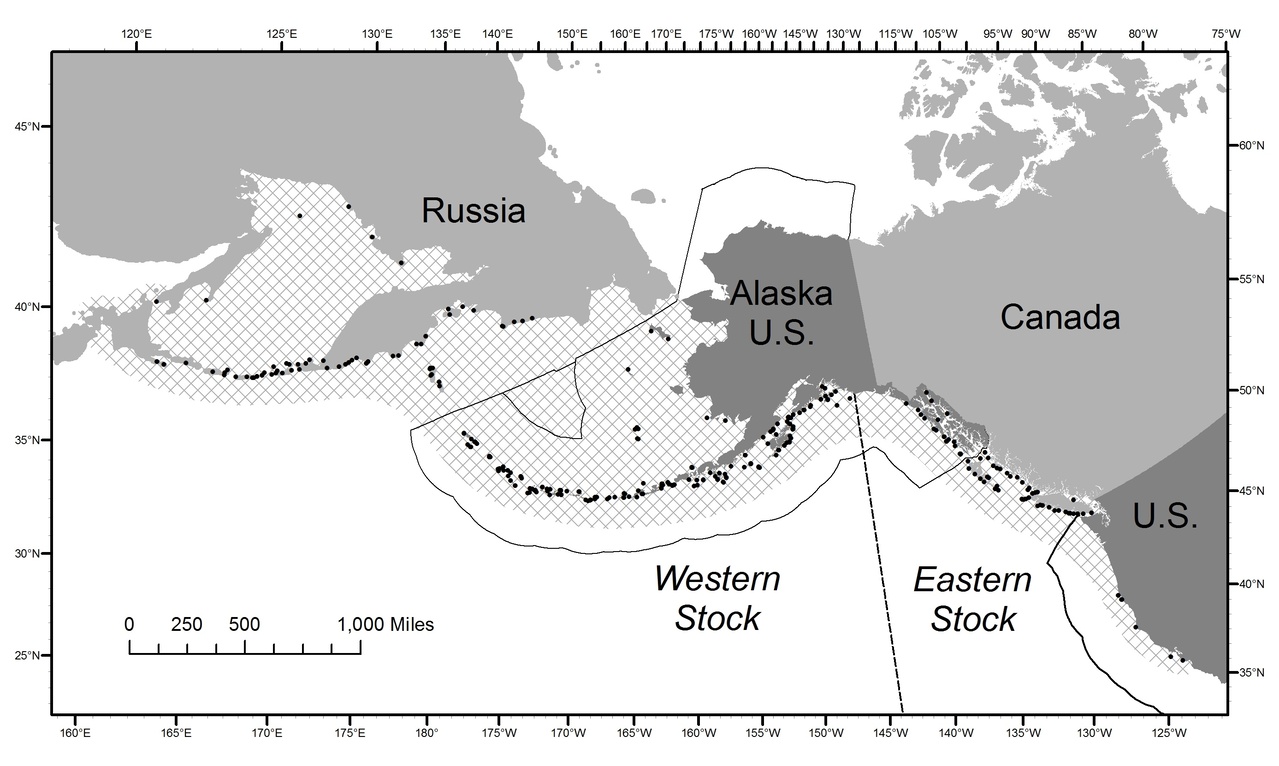 The Western Population ranges west from the 144°W longitudinal line through the Gulf of Alaska, Aleutian Islands, and beyond the U.S. border through Russia and Japan. This population has been on the Endangered Species list since 1997.

Continued research on abundance, movements and vital rates, and diet and foraging behavior helps us understand the role of Steller sea lions in the marine ecosystem and inform management decisions for the conservation of this important species.

Estimating the abundance, or number of Steller sea lions in the populations, can be difficult for such a wide-ranging species. Each year, during the summer breeding season, we conduct aerial, ship, and land-based surveys to collect counts of sea lions on land. We use these data in computer models to create stock assessments. 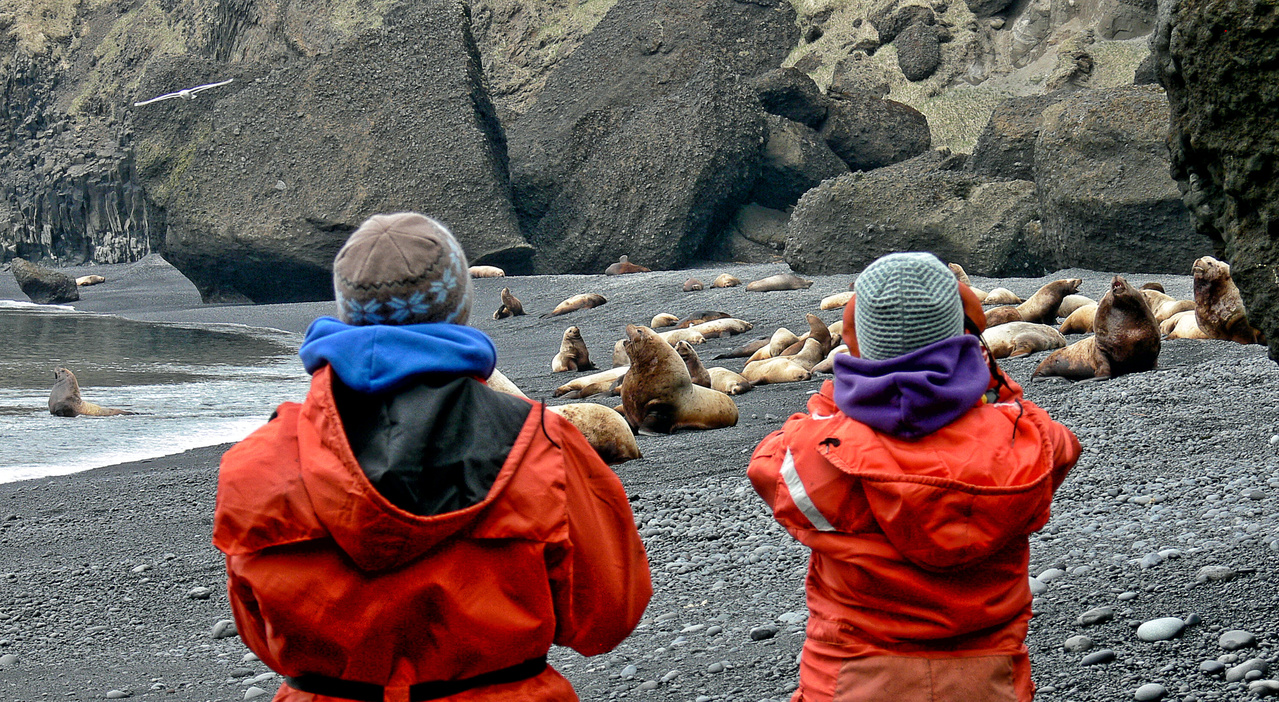 We permanently mark a very small portion of sea lions so that we may monitor these individuals throughout their lifetime. We use this information to learn how long sea lions live, how often females give birth to young (or “pups”), and if sea lions move from their natal region, or area they were born. This information, along with other studies investigating health and disease, help us understand the overall condition of sea lions in different regions across the range of the species.

You can help biologists look for these marked animals on Steller Watch!

There are many ways we can research Steller sea lion diet and foraging behavior—where sea lions go while at-sea, and how deep they dive, to catch their food, or “prey.” One of the most common ways is collect their scat, or feces, on land. We can use the hard parts (like fish bones) left behind to identify their prey and size of prey. We also use satellite transmitters, or tags, that are glued onto a small number of individuals to track their movements and dive characteristics to understand important foraging areas. 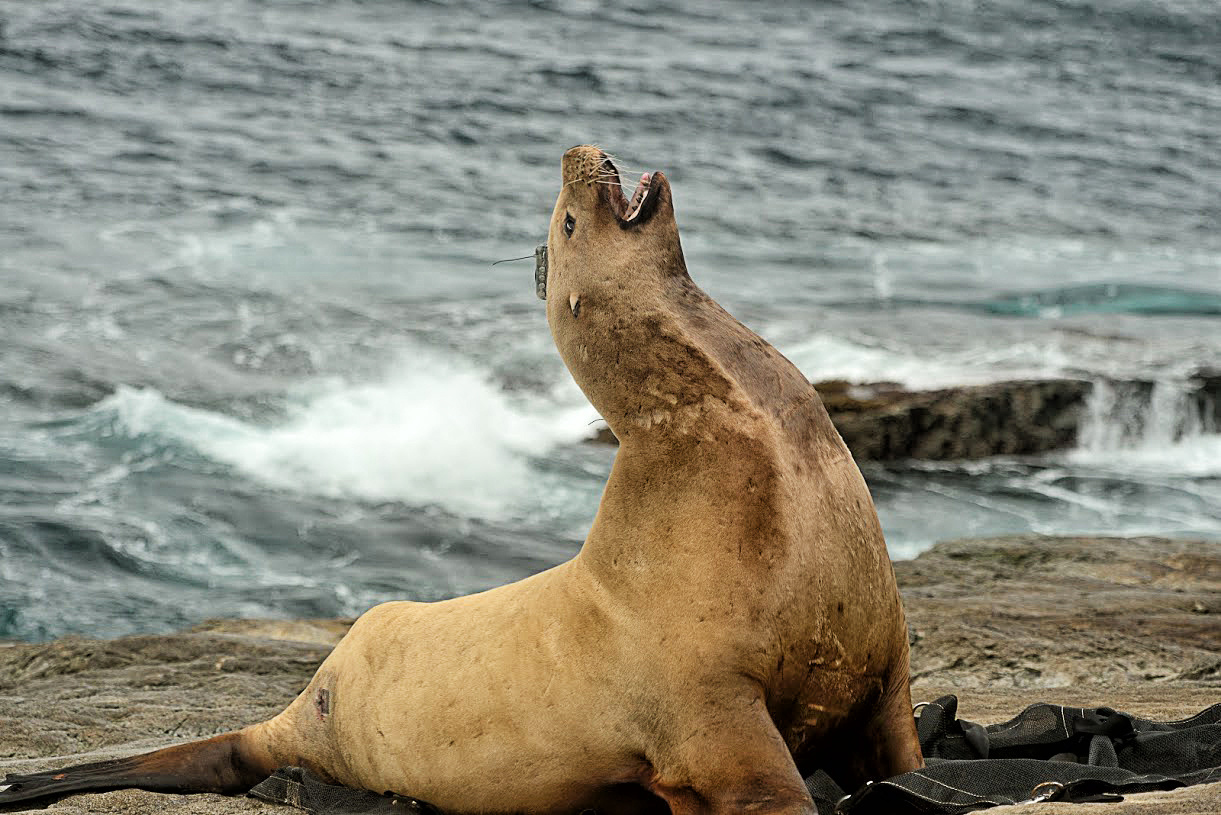 Steller sea lion with a satellite transmitter glued to its head.  This “tag” technology allows us to track sea lion movements over short periods of time.