We are collecting data and investigating the potential environmental impacts of the upcoming Elwha River dams removal. 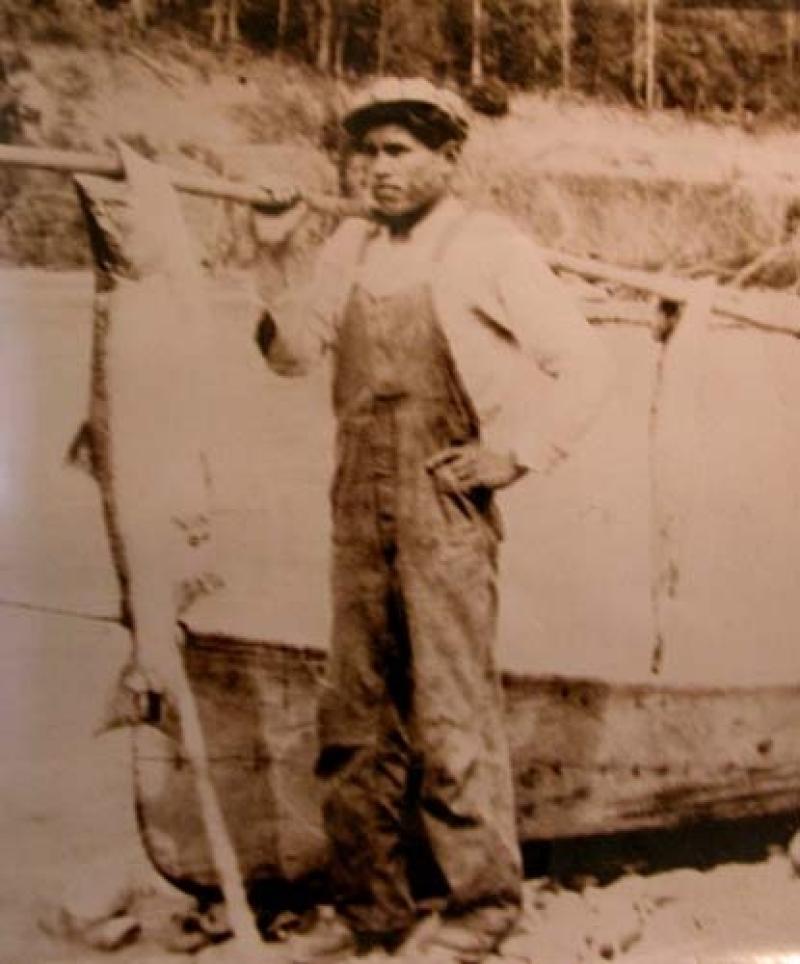 For nearly a century, one of the most productive salmon rivers in the Pacific Northwest has been compromised by hydroelectric dams. Beginning in 2011, nearly twenty years after the passage of the Elwha River Ecosystem and Fisheries Restoration Act, the Elwha Dam and the Glines Canyon Dam will be taken down in the hope of restoring the Elwha River ecosystem and native fisheries.

NWFSC’s Watershed Program has been working with the Lower Elwha Tribe since the late 1990s to help monitor Elwha River restoration efforts and collect baseline data prior to dam removal. This data will help explain how the dams have altered present-day conditions in the river and will provide a "before" dataset to compare with data collected after dam removal.

Historically, Elwha River Chinook salmon reached up to 45 kg, possibly achieving such great sizes due to navigating the series of steep canyons and white water on their journey to the headwaters of the Elwha River in the southern Bailey Range. Today, those fish travel no further than 8 kilometers to the 33-meter-high Elwha River Dam, which along with the 64-meter-high Glines Canyon Dam 14 kilometers upstream, has completed blocked fish passage.

Both the Elwha Dam (1913) and the Glines Canyon Dam (1927) were built to supply hydroelectric power for the timber industry of the Olympic Peninsula, but now produce only a negligible amount of electricity and need costly repairs.

Watershed Program scientists have focused on river-floodplain dynamics, benthic (riverbed) communities, and salmon recolonization. Other research groups at the Center have also become involved in dam removal monitoring, along with researching fish movement, genetics, and nearshore habitats at the river’s mouth.

Eighteen studies related to the removal of the Elwha dams, conducted by scientists from a variety of federal and state government agencies, academic institutions, and non-profits, were recently published in a special issue of the journal Northwest Science.

Among other findings reported by these studies, the river bed below the dams has coarsened significantly due to the storage of sand and gravel behind the dams. The downstream movement of large wood has been interrupted, and the presence of levees has impeded the full movement of the river within its floodplain. Over the last 70 years this has led to the loss of 75% of spawning habitats and reduced habitat complexity below the dams.

The Glines Canyon Dam (1927) was originally built to supply hydroelectric power to the timber industry of the Olympic Peninsula. Photo: John McMillan

Loss of spawning gravel in downstream reaches and lack of access to upstream reaches has also contributed to an over 90% reduction in total salmonids abundance in the Elwha watershed over the last century. Several historical salmonids populations have been destroyed, and species composition has shifted largely towards hatchery runs of Chinook, steelhead, and coho.

Scientists in the Watershed Program have been collaborating with the Lower Elwha Tribe and other research agencies to incorporate new techniques into ongoing research efforts. These include a coho carcass placement study to test potential foodweb effects of salmonid recolonization, investigation into the use of imaging sonar to estimate Chinook escapement, and the installation of a channel-spanning resistant-board fish weir (trap) to count spawning populations of all anadromous salmonids passing through the lower Elwha.

The Watershed Program has recently begun working with the NOAA Open Rivers Initiative, a program which provides funding and technical expertise for dam and river barrier removal projects in coastal states. By joining in this larger-scale monitoring effort, Center scientists will have the opportunity to learn from monitoring approaches being conducted elsewhere, and to help apply techniques and protocols tested on the Elwha on a larger scale.