Rock, Coral, Sponge: Does One Beat The Rest As Fish Habitat? 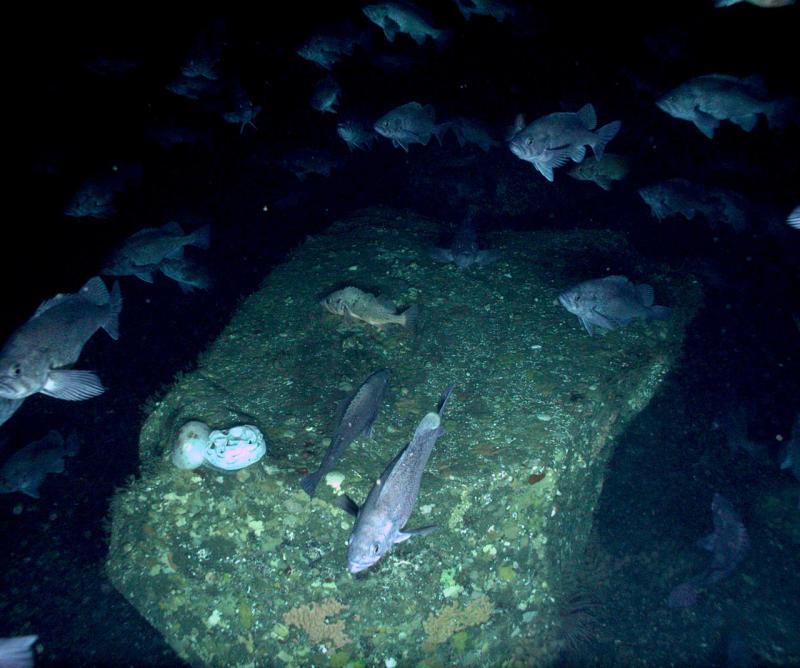 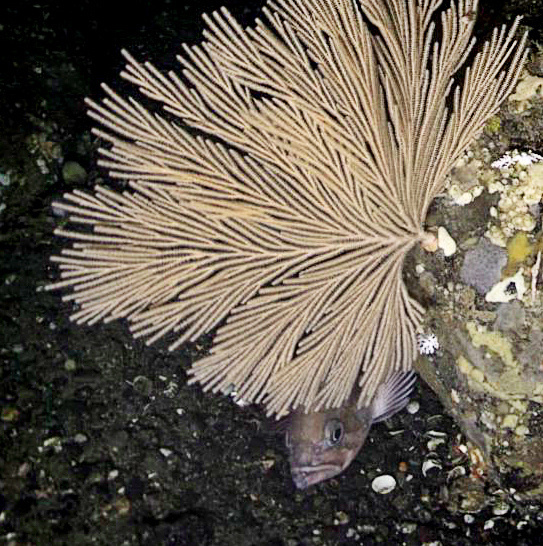 A northern rockfish in close association with seafloor structure (in this case a coral colony and a boulder).

Rocks, corals, and sponges proved to be equally desirable real estate for individual rockfish, given a choice. However, individual rockfish were most frequently associated with sponges—the most commonly available structure in the Alaska study area.

These findings will help resource managers in their efforts to effectively manage rockfish, deep-sea corals, and sponges.

“We found that Alaska rockfish are more abundant when vertical structures such as rock, coral, and sponges are present. Corals and sponges add structure to areas with minimal rocky formations, creating a more complex habitat for rockfish,” explains Chris Rooper of the Alaska Fisheries Science Center, who led the study. “Unfortunately, some human activities and potentially climate change can have negative effects on the survival of coral and sponge ecosystems, thereby impacting both the distribution and abundance of rockfish species in Alaska waters.” 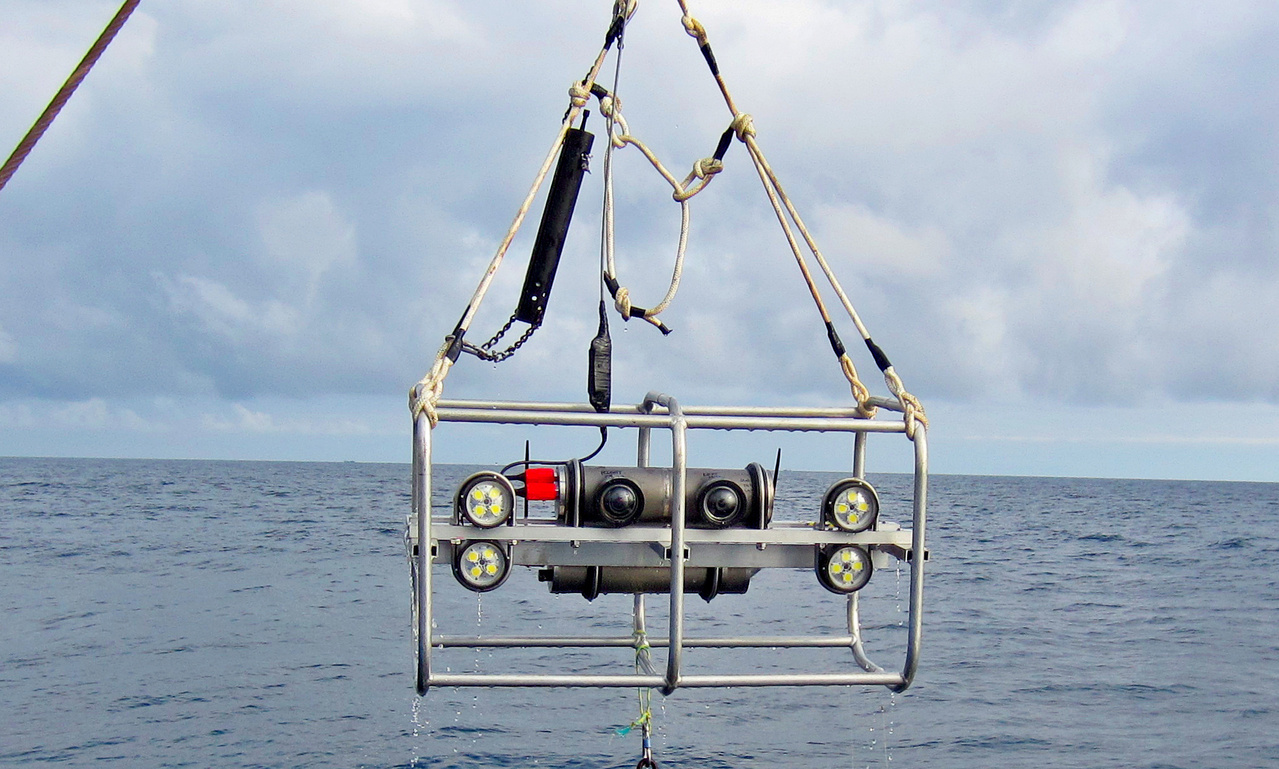 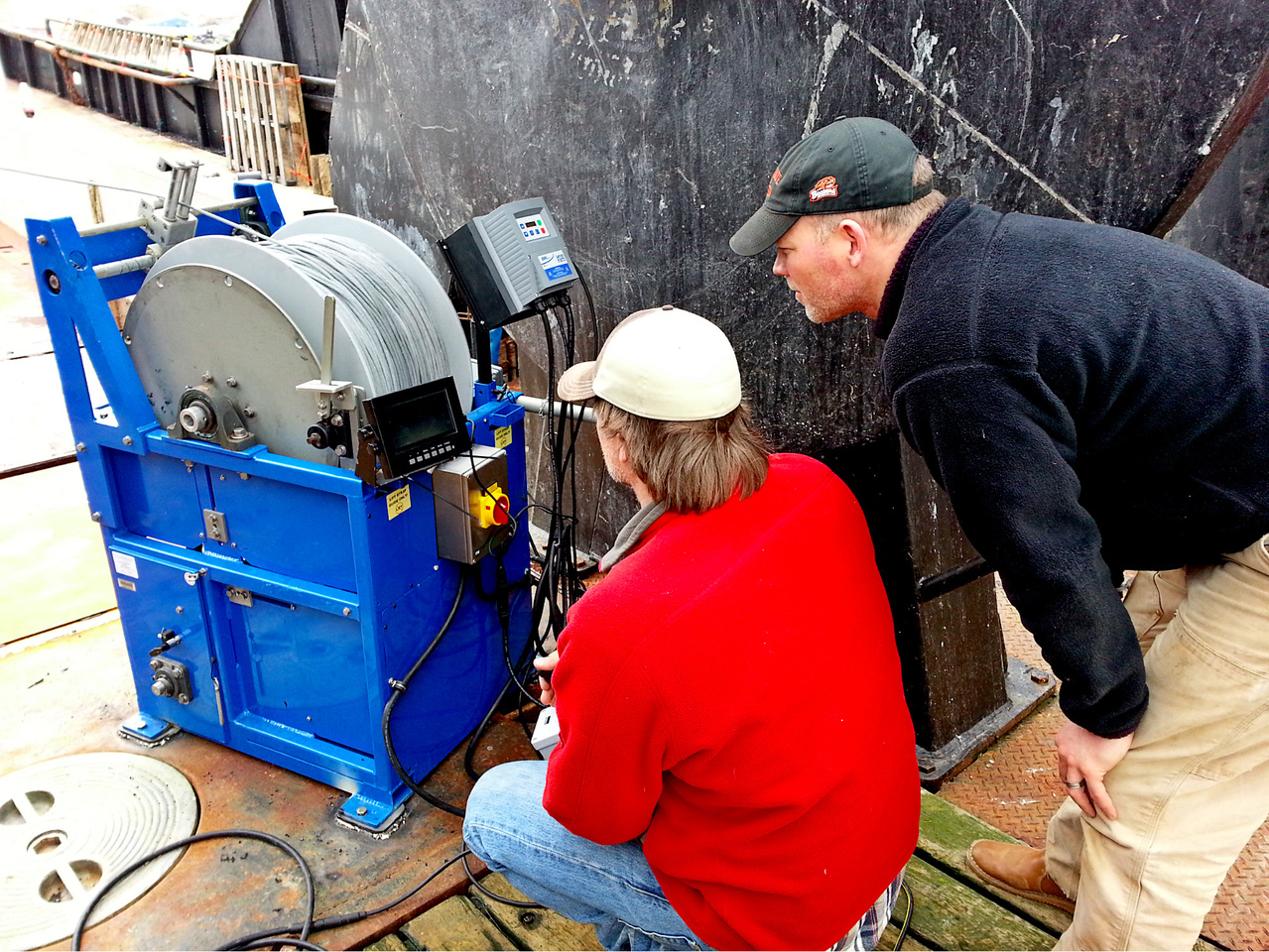 Chris Rooper and John Olson (NMFS-Alaska Regional Office) operating the underwater camera system during a deployment in the Aleutian Islands.

The role of deep-sea coral and sponge ecosystems as habitat for marine fish has been widely debated. Almost all studies that have looked at associations between coral and sponge communities and fish, especially rockfish, have found significant relationships. However, rockfish also thrive in areas largely devoid of corals and sponges.

To detangle the associations of rockfish with different types of structure, Rooper’s team studied several species across two very different ecosystems. The eastern Bering Sea and Aleutian Islands ecosystems share a number of commercially important fish species. But the Aleutian seafloor is largely rocky and hosts some of the highest density and diversity of deep-sea corals and sponges in the world. The eastern Bering Sea bottom is mainly sand and mud, with lower concentrations—and fewer species—of corals and sponges. 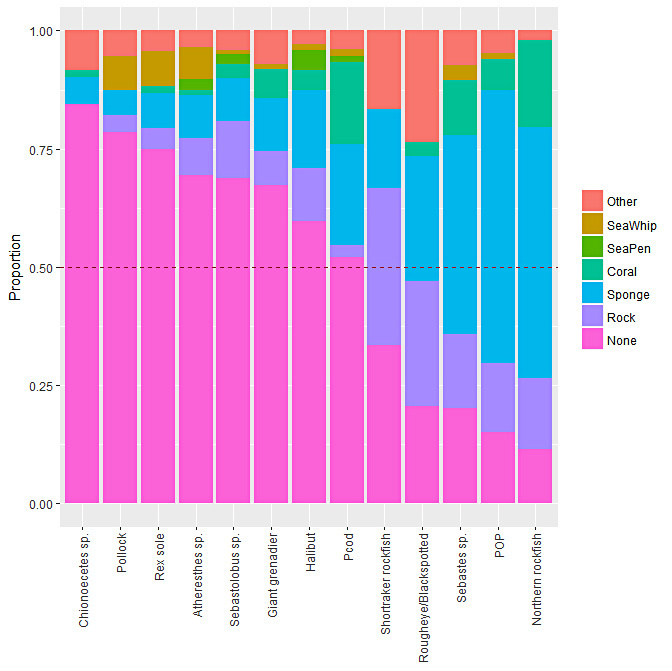 Proportion of individual fish associated with different types of seafloor habitat observed during the study. The last five species on the right are rockfish.

Team member Pam Goddard examined images collected with underwater stereo-cameras to look at individual rockfish and their choice of structure. Did they prefer sponges and corals to other types of structure?

“We found that structure of any type led to higher concentrations of rockfish,” says Rooper. “Rockfish did not prefer corals or sponges to other types of structure.”

Rockfish were most commonly associated with sponges (50% of individual rockfish associations) because they were the most abundant structures. This was followed by rocks (25%) and corals (18%). The remainder of associations were with structures such as anemones, sea whips, and sea pens.

Rooper says one of the most interesting aspects of the study was the consistency of the effects of structure on fish behavior across two very different ecosystems. “Our findings suggest that rockfish abundances are strongly influenced by the amount of seafloor structure. Even though rockfish, coral, and sponge abundances were very different between the eastern Bering Sea and Aleutian Islands, the ecological processes guiding habitat use by rockfish were consistent.”

Are fish associations with corals and sponges more than an affinity to structure: Evidence across two widely divergent ecosystems?