Two scientists compiled the most comprehensive list to date of documented fish species. 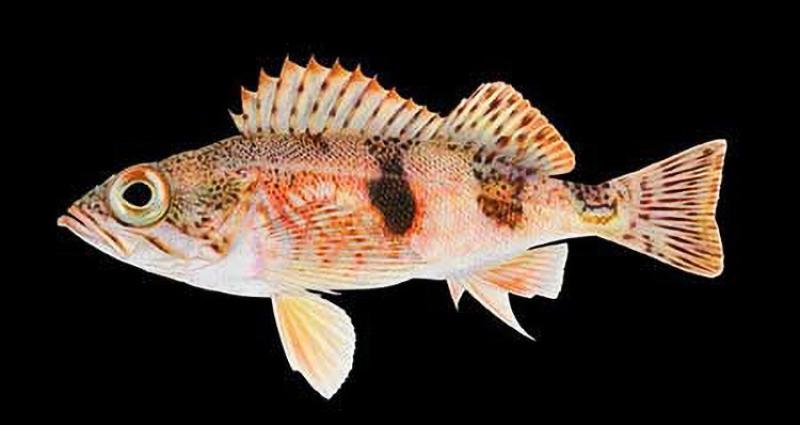 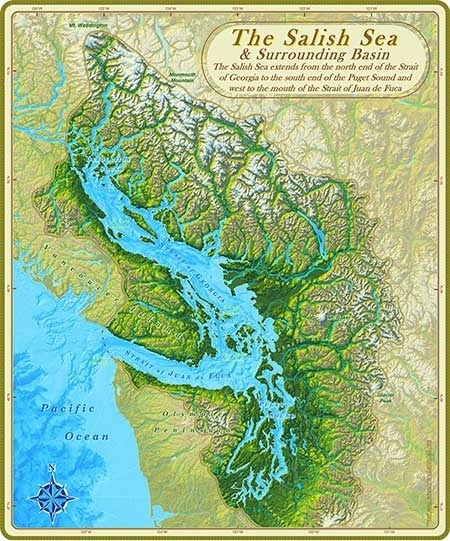 Map of the Salish Sea.

Never heard of the Salish Sea? Unless you’re from the Canadian Province of British Columbia or Washington State, you’re probably not alone. This 6,533 square mile inland sea that in places is over 2,000 feet deep only got its name in 2010.

The Salish Sea and surrounding lowlands provide habitat for thousands of species of plants and animals. Exactly how many species is yet to be determined. The sea comprises familiar water bodies of Puget Sound, the Strait of Juan De Fuca, and the Strait of Georgia.

Looking at various sources of information, they were able to identify 253 fish species found in marine or brackish areas of the Sea. This is 14 percent more species than two other scientists identified when they produced the last list over 30 years ago. Another first is that previous lists only covered a portion of the Salish Sea - Puget Sound and adjacent waters. The current list also captures fish found in the Strait of Georgia.

Newly identified species include California tonguefish, Pacific hagfish, opah, Pacific viperfish, leopard shark, queenfish, smallhead eelpout and the halfbanded rockfish, so named for its black markings. Scientists also added several species of lampreys, snailfish, skates, sole, sturgeon, poacher, sculpin, prickleback, snailfish, eelpout and flashlight fish. Since the last list of species was compiled, a few other species have been introduced into the system - the common carp and a salmon species.

“This will help us determine the occurrence of new species and perhaps the disappearance of others,” said Orr.  “We might also be able to learn more about the health of the ecosystem and what’s behind marine animal declines.”

Pietsch summed up why this work is so important, “If you don’t first know what you have, it’s impossible to know what you might be losing.”