NOAA’s Office of Law Enforcement offers reward up to $20,000 for information. 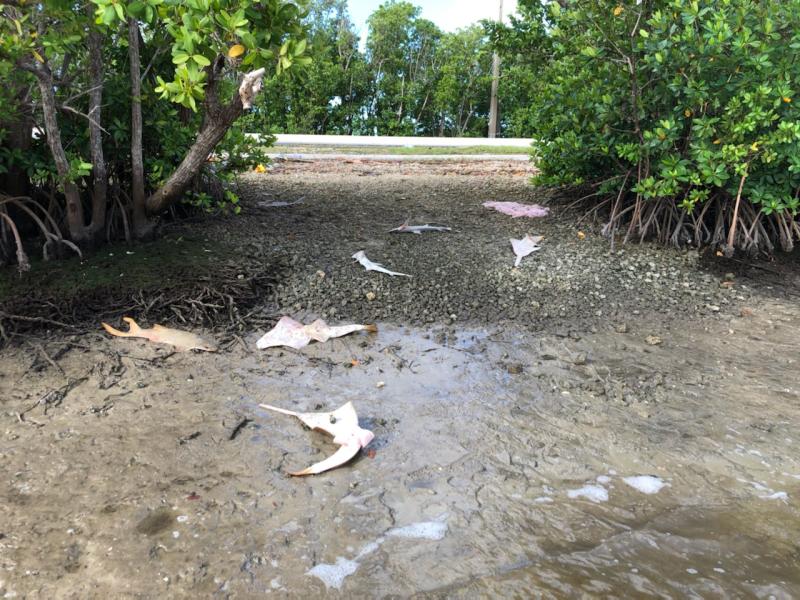 UPDATE 9:53pm 10/22/20: Another dead sawfish was found today bringing the total to 7. The animal was found near the causeway between Everglades City and Chokoloskee Island, Fla.

NOAA's Office of Law Enforcement is conducting an involving the deaths of six critically endangered smalltooth sawfish in Everglades City, Fla. An employee with Everglades National Park reported the dead sawfish and two dead bonnethead sharks to NOAA experts. Two of the sawfish are missing their rostra (saws). One other had its meat removed, leaving only the carcass.

The animals were found along the causeway between Everglades City and Chokoloskee Island, Fla. A sawfish biologist from the Florida Fish and Wildlife Conservation Commission will perform a necropsy on the animals to try to determine the cause of death. 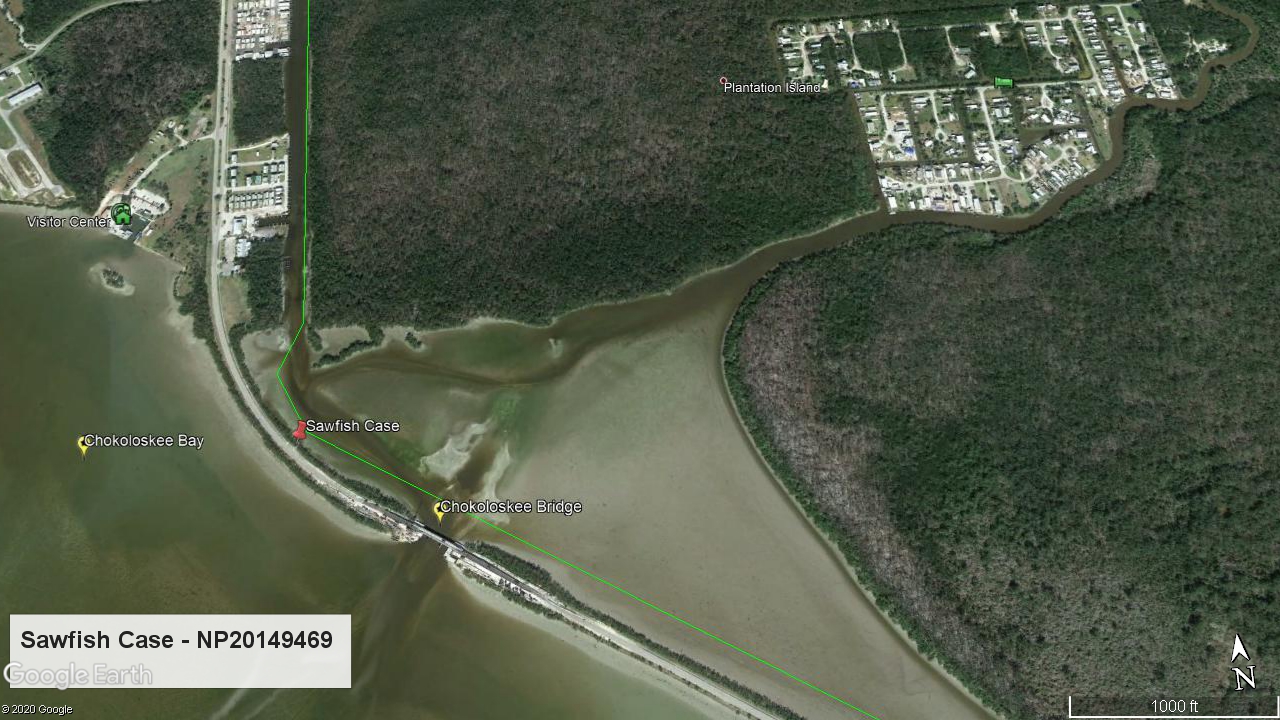 Smalltooth sawfish are listed as endangered under the Endangered Species Act. They were once found in the Gulf of Mexico from Texas to Florida and along the East Coast from Florida to North Carolina. Their distribution has decreased greatly in U.S. waters over the past century. Today, the species is generally only found off the coast of Florida, especially southwest Florida where sawfish give birth. They reproduce every other year and give birth to just 7-14 young. The loss of these six animals is nearly equivalent to one mother’s entire litter.

NOAA officials seek information from anyone who may have details about this incident and are offering a reward up to $20,000 for information leading to a criminal conviction or the assessment of a civil penalty. Please call the NOAA Enforcement Hotline at 1-800-853-1964. Tips may be left anonymously.

The smalltooth sawfish belongs to a group of fish called elasmobranchs that includes rays, skates, and sharks. Although shark-like in appearance, they are actually rays, as their gills and mouths are found on the undersides of their bodies. Sawfish get their name from their distinct rostrum—a long, flat snout edged with teeth—that looks like a saw.

The smalltooth sawfish was the first marine fish to receive federal protection as an endangered species under the ESA in 2003. Under the ESA, it is illegal to catch, harm, harass, or kill an endangered sawfish. However, some fishermen catch sawfish as bycatch (i.e., incidentally while fishing for other species). Safe handling and release guidelines have been developed for fishermen to learn how to respond when they incidentally capture sawfish or other protected species. Smalltooth sawfish also are listed as a migratory species threatened with extinction (Appendix I) under the United Nations Environment Programme Convention on the Conservation of Migratory Species of Wild Animals. Participating countries strive to strictly protect these animals, conserving and restoring the places where they live, and mitigating obstacles to migration.

*Media: please contact Kim Amendola with questions/interview requests at 727-403-6533 or via email, Kim.Amendola@noaa.gov

Aerial view of parts of Louisiana's Barataria Basin, where wetlands have disappeared for decades.
Feature Story