In the Puget Sound region, reopening abandoned agricultural land back to nature will allow young salmon, steelhead, and other fish species room to access their historical habitats. 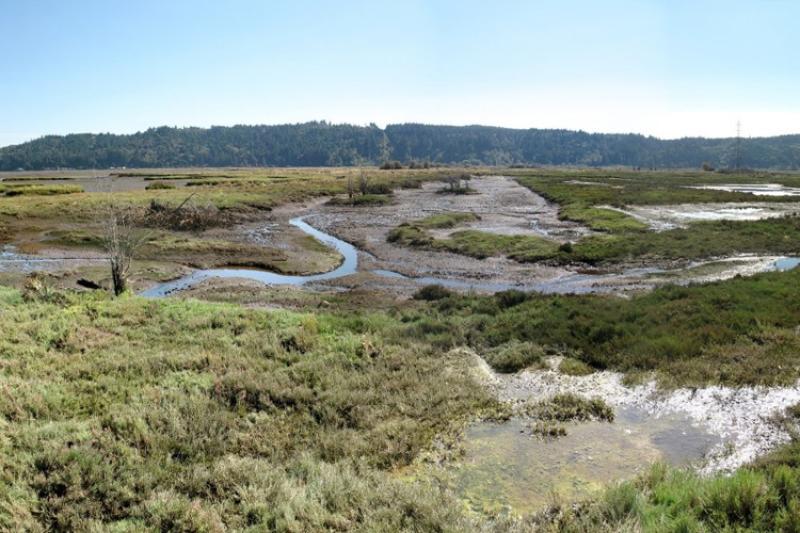 For decades, human activity blocked salmon, steelhead, and other species from accessing their habitat in Washington’s Skokomish River estuary. In recent years, a collaborative partnership has been working to restore this vital habitat. Today, the Skokomish is the most complete estuary restoration project in Puget Sound—and fish are taking notice. Last year, spring chinook salmon returned to the watershed to spawn for the first time in nearly a century, after having been reintroduced to the river by the Skokomish Tribe in 2016.

As it weaves through western Washington, the Skokomish River flows from Olympic National Park, through Olympic National Forest, and past miles of agricultural landscape before meeting Hood Canal, an arm of Puget Sound. At its mouth, the river forms a nearly 1,000-acre estuary that serves as an important nursery for young fish to eat, grow, and take refuge. 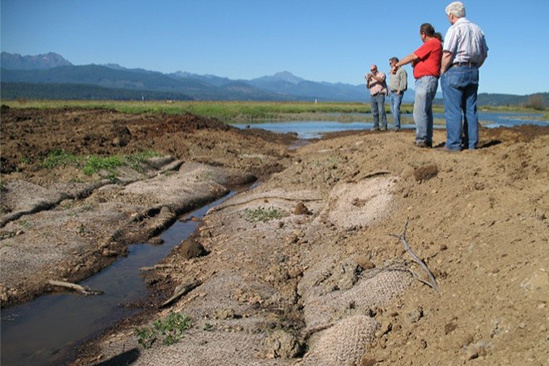 A levee breach allows tides to enter the abandoned farmland for the first time in years.

Throughout the 1930s and 40s, large portions of the Skokomish River estuary were converted into farmland. Levees and ditches were constructed to keep out the tides and drain the area so it could be used for grazing and growing crops. The structures served their purpose by keeping water out of the fields, but they also prevented salmon and other fish species from accessing habitat needed to grow and thrive.

Though the land eventually stopped being used for agriculture, the structures continued to block access for fish—including Puget Sound chinook salmon, Hood Canal summer chum salmon, and Puget Sound steelhead trout, all listed as threatened under the Endangered Species Act.

In the 1990s, the Skokomish Indian Tribe, which has a reservation on the river delta, began work to remove the levees, reconnect channels and creeks, and return the Skokomish River estuary to its natural state by restoring tidal flow to more than 300 acres of abandoned agricultural land. Tribal, local, state, and federal governments collaborated on this large-scale effort to provide habitat for fish, shellfish, and wildlife. 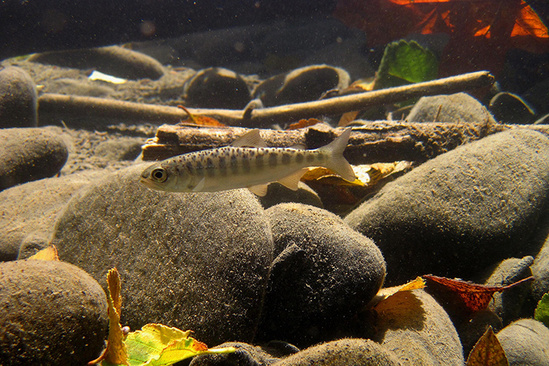 The Skokomish estuary serves as important nursery habitat for juvenile chinook salmon, among other species.

NOAA’s Restoration Center, housed within the Office of Habitat Conservation, provided assistance throughout the effort. In addition to contributing restoration funding through regional cooperative agreements, NOAA helped the Washington Department of Fish and Wildlife develop a new funding source focused on large-scale estuary restoration: the Estuary and Salmon Restoration Program. Our staff also helped the state develop innovative methods for combining different funding sources and for funding multiple phases of large restoration projects in a more streamlined way. The Skokomish River estuary was one of the first restoration efforts to benefit from these improved grant processes.

Within the first year of monitoring, tribal biologists and technicians recorded 20 fish species using the estuary’s restored channels, including chinook and chum salmon. In addition to fish, monitors survey vegetation, test water quality, and record bird and wildlife sightings to continue to track the estuary’s journey toward recovery.

Last updated by Office of Habitat Conservation on June 28, 2019