Steelhead trout are a unique species. Individuals develop differently depending on their environment. All steelhead trout hatch in gravel-bottomed, fast-flowing, well-oxygenated rivers and streams. Some stay in fresh water all their lives, and are called rainbow trout. Steelhead trout that migrate to the ocean typically grow larger than the ones that stay in freshwater. They then return to freshwater to spawn. Steelhead trout are vulnerable to many stressors and threats including blocked access to spawning grounds and habitat degradation caused by dams and culverts.

One distinct population segment is listed as endangered under the Endangered Species Act, and 10 DPS and 1 experimental non-essential population are listed as threatened.

NOAA Fisheries is committed to conserving and protecting steelhead trout. Our scientists and partners use a variety of innovative techniques to study, learn more about, and protect this species. 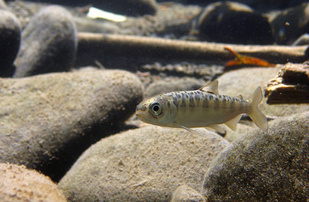 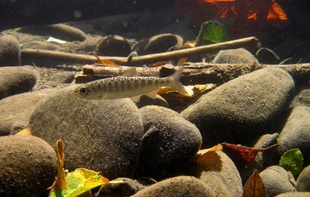 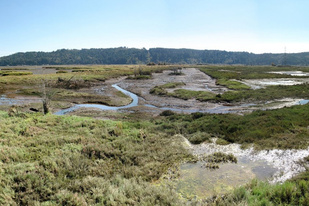 Throughout the west coast, 11 species of steelhead are protected under the Endangered Species Act. The West Coast Region works with its partners to protect, conserve, and recover steelhead by addressing the threats these animals face and by restoring the habitat on which they depend.

Learn more about the regulatory history of steelhead trout

This recovery plan provides guidance for the protection and recovery of Puget Sound steelhead, a…

I'm Counting on You! steelhead edition, in Spanish