The Surprising Story of Swordfish You May Not Know 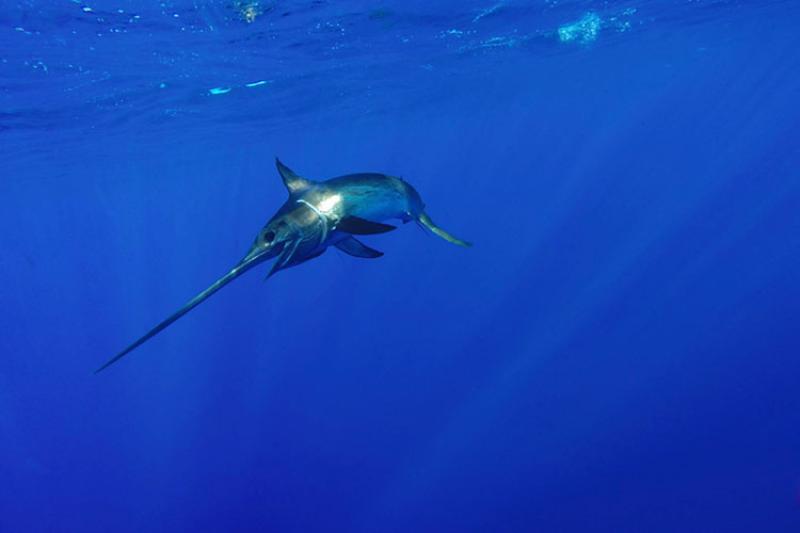 Twenty years ago, this predatory fish was in trouble. Their population had dropped to 65 percent of the target level. This means there weren’t enough North Atlantic swordfish in the water to maintain their population in the face of fishing by the many countries who share the resource.

Fast forward to 2009 and the international commission that manages species like swordfish declared the Northern Atlantic stock fully rebuilt. That announcement came a year ahead of the 2010 target date set in the International Commission for the Conservation of Atlantic Tuna’s (ICCAT) 10-year rebuilding plan.

Efforts to restore a dwindling population of North Atlantic swordfish date back to 1985 when NOAA Fisheries implemented the first U.S. Atlantic Swordfish Fishery Management Plan. This plan reduced the harvest of small swordfish, set permitting and monitoring requirements, and launched scientific research on the swordfish stock. Minimum size limits and enforcement processes came shortly after when ICCAT issued its first recommendation on swordfish in 1990.

Despite these and other management strategies implemented over the next eight years, the stock continued to suffer. By the late 1990s, the average weight of swordfish caught in U.S. waters had fallen to 90 pounds, a drop from the 250-pound average fishermen enjoyed in the 1960s. This was in part because the population decline meant fishermen were catching younger fish.

What ultimately reversed their downward course was the broad suite of actions built up by the beginning of the 21st century.

“There is no one measure that could have brought this population back from the decline,” said Pearson. “Sustainable fishery management requires a comprehensive science-based approach that considers the biological needs of the fish population, the health of fisheries, the fishing industry, and coastal communities.”

In the United States today:

Some of these measures can be traced back to the ICCAT rebuilding plan, but many are the result of U.S.-led efforts to protect swordfish, reduce bycatch of other species, and sustainably manage fisheries that interact with swordfish.

Pearson and others also point to the key role the U.S. commercial fishing industry played in helping to establish these domestic efforts and supporting greater international collaboration.

Support for a Valuable U.S. Fishery

In the decade since ICCAT first declared that North Atlantic swordfish are not being overfished, the United States has seen a fall in its total annual catch. In 2017, U.S. fishermen caught just 14 percent of the total swordfish catch reported to ICCAT.

There are several reasons for this decline, says Pearson, including rising fuel prices, an aging commercial fleet, and competition from often lower-quality imported frozen products.

To help more U.S. fishermen take advantage of our national ICCAT-allotted quota, NOAA Fisheries has made several changes in the last decade to commercial and recreational restrictions, such as:

But there is more work to be done to ensure our regulatory program is effective in both maintaining swordfish populations and supporting the fishing industry. We are currently examining whether some area-based and gear management measures that affect swordfish fisheries could be modified in light of the success of a program that has reduced bluefin tuna bycatch.

Last updated by Office of Sustainable Fisheries on May 01, 2019