Tiny Shark Fits in Your Pocket and Glows in the Dark 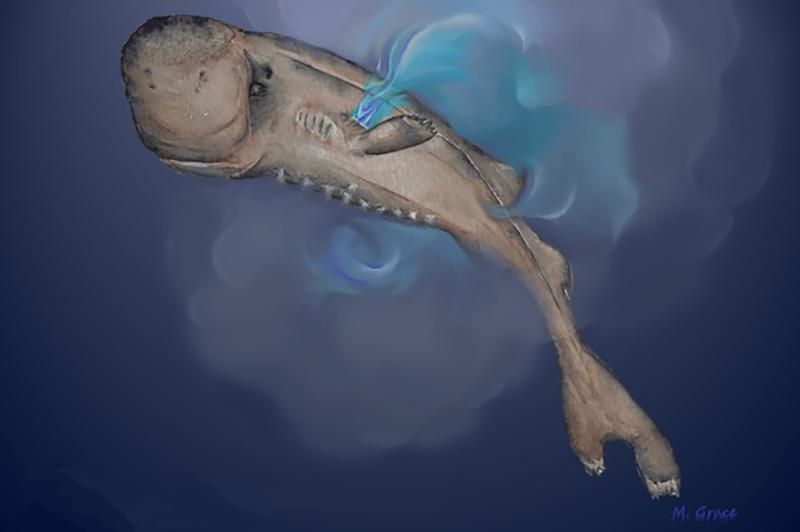 Pocket sharks have two small pockets (one on each side near the gills) that produce luminous fluid (shown in blue). Credit: Mark Grace/NOAA

A team of researchers, including NOAA Fisheries' scientist Mark Grace, have now identified the small kitefin shark as the American Pocket Shark.

This newly identified species of pocket shark was brought to Tulane University Biodiversity Research Institute back in the spring of 2015.

Since then researchers have been studying the tiny shark, and comparing it to the only other known specimen of this kind. The original specimen was captured in the Eastern Pacific Ocean in 1979 and is now housed at the Zoological Museum in St. Petersburg, Russia.

The species was identified based on five features not seen in the 1979 specimen. Those differences include fewer vertebrae and numerous light-producing photophores (light producing organs) that cover much of the body. The two species both have two small pockets that produce luminous fluid (one on each side near the gills).

The American pocket shark was collected in February 2010 in the eastern Gulf of Mexico by the NOAA ship Pisces, during a mission to study sperm whale feeding.

The details of the new species are described in an article published in the animal taxonomy journal Zootaxa.

*This article was adapted from the Tulane University press release announcing the new specimen. 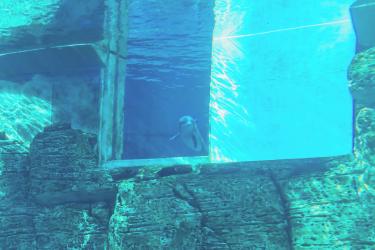 Last updated by Office of Communications on July 24, 2019