Triple Miniboat Launch Connects Students, Teachers on Both Sides of the Atlantic

Three five-foot miniboats fitted with sails and GPS tracking devices were launched off Portugal's Madeira Island on November 13 and are now at sea on their next voyage westward. Built by students in New Jersey, Maine, and Portugal, the miniboats 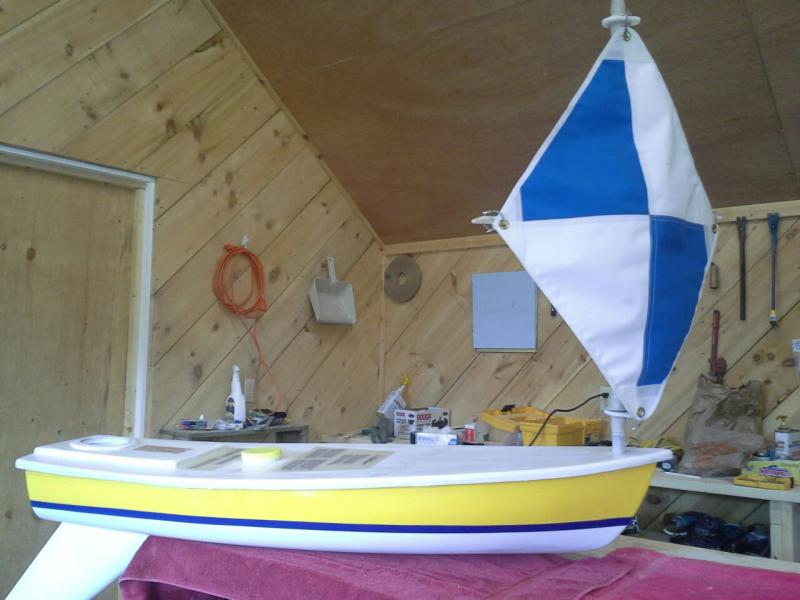 Three five-foot miniboats fitted with sails and GPS tracking devices were launched off Portugal's Madeira Island on November 13 and are now at sea on their next voyage westward. Built by students in New Jersey, Maine, and Portugal, the miniboats are part of an international regatta whose goal is to have boats completely circle the North Atlantic Ocean.

The 2017 West, Nada and Crimson Voyager voyages are part of an Atlantic miniboat regatta undertaken by Belfast, Maine-based Educational Passages. The boats are being tracked by oceanographer Jim Manning from the Northeast Fisheries Science Center’s Woods Hole Laboratory in Massachusetts, as well as students and teachers.  Manning has been involved in the program since 2009.

In the last 8 years, Educational Passages has launched more than 85 miniboats.  The boats are built in classrooms, and tracked after launch by students, teachers and the members of the general public.  People from fourteen countries and 15 states have been involved in the project to date.

The miniboat West, now on its fourth voyage, is jointly sponsored by Westbrook Middle School in Westbrook Maine, the North Uist School in Scotland, and the Amadeu Gaudencio School in Portugal. West was first launched December 2, 2013 off Georges Bank by Bro Cote, a local lobsterman out of Hyannis, Mass. who has been involved with the NEFSC's Cooperative Research Program.

Crimson Voyager is a project of the sixth grade class at Morristown-Beard School in New Jersey. Nada is homeported at the Anselmo de Andrade School in Almada, Portugal. Both are making their second voyages.

The triple deployment was organized by "Take Portugal to the World”, an educational project coordinated by the Portuguese Directorate-General for Marine Policy in partnership with Instituto Superior Técnico (ISR – Lisbon), and with the international support of Educational Passages and NOAA. The triple launch also had the support of the Funchal Marine Biology Station, the Portuguese Navy, and the Funchal Naval Club.

Follow the miniboats on the Educational Passages site and on NEFSC's Madeira Regatta page.