Unusually warm ocean conditions off the Pacific Northwest in the last few years led anchovies, sardines and hake to begin spawning in Northwest waters much earlier in the year and, for anchovy, longer than biologists have ever recorded before. 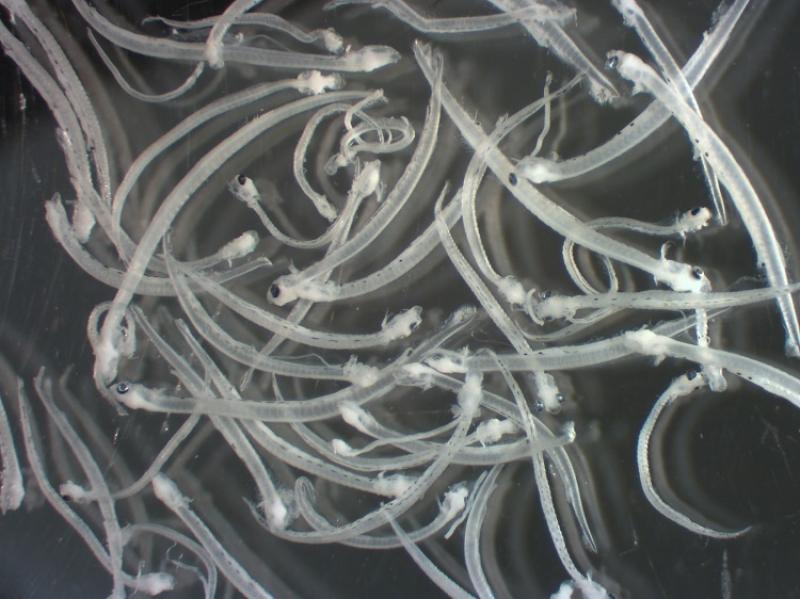 Unusually warm ocean conditions off the Pacific Northwest in the last few years led anchovies, sardines and hake to begin spawning in Northwest waters much earlier in the year and, for anchovy, longer than biologists have ever recorded before, new research has found.

The rapid northerly shifts in spawning may offer a preview of future conditions if ocean warming continues, according to the new study published in Global Change Biology by scientists from the Pacific States Marine Fisheries Commission, Oregon State University and NOAA Fisheries’ Northwest Fisheries Science Center.

Some species may spend less time in southern waters off California, where anchovy and sardines have been less prevalent in recent years, and more of the year off the Northwest, the authors suggest. From 2015 to 2016 researchers found the highest concentrations of sardine, anchovy and hake larvae in the Northern California Current, off the Pacific Northwest, than they have in any year since collections began in 1998.

“Changes in spawning timing and poleward migration of fish populations due to warmer ocean conditions or global climate change will negatively affect areas that were historically dependent on these fish, and change the food web structure of the areas that the fish move into with unforeseen consequences,” researchers wrote.

The research drew on samples collected from a transect off the central Oregon Coast called the Newport Hydrographic Line, where scientists have regularly measured ocean conditions for decades.

Scientists have never collected anchovy, sardine and hake larvae off the Northwest as early in the year as they did through 2015 and 2016, and have never found anchovy larvae throughout as much of the year. The presence of anchovy larvae through almost the entire year indicates the species was spawning nearly continuously through the winter, far longer than its usual summer spawning period in the region, researchers found.

Anchovies and sardines typically spawn offshore, within the Columbia River plume. In the last few years, though, researchers have found their eggs and larvae within about a mile of shore.

“We’re getting these species that usually just spawn off the Northwest in the summer time, and now they’re spawning year-round,” said Ric Brodeur, a NOAA Fisheries research scientist at the Northwest Fisheries Science Center’s research station in Newport, Oregon, and coauthor of the paper. “Things are changing so much, it’s hard to say what’s normal these days.”

While Pacific hake usually spawn off California, surveys in February 2016 found hake larvae earlier in the year and at higher concentrations than they have ever observed in the Northern California Current before. Later summer surveys by Brodeur’s group found very high abundances of juvenile hake off northern Oregon and southern Washington, which is highly unusual and suggests that many of the commercially important fish survived beyond the larval stage.

Scientists also found larvae of unusual species such as Pacific pompano, which normally spawns in the southern California Current in the spring and summer. It was the first documented occurrence of pompano larvae off Oregon in at least 19 years.

The presence of fish such as anchovy and sardine earlier in the year may provide an additional food source for other species such as young salmon that have just migrated to the ocean, Brodeur said. At the same time, they may also have other impacts on the food web that have yet to be measured, including possibly competing with typical winter-spawning fishes for food.

“As is often the case with ecosystem change, some species may benefit from changes in distribution and timing of prey whereas others may not be able to adapt and subsequently decline,” said Toby Auth of the Pacific States Marine Fisheries Commission and lead author of the paper. “Only through continued, regular surveys will we be able to discern the signals of future anomalies and their relationship to global climate change.”