A Warming Bering Sea: What Does It Mean for Walleye Pollock? 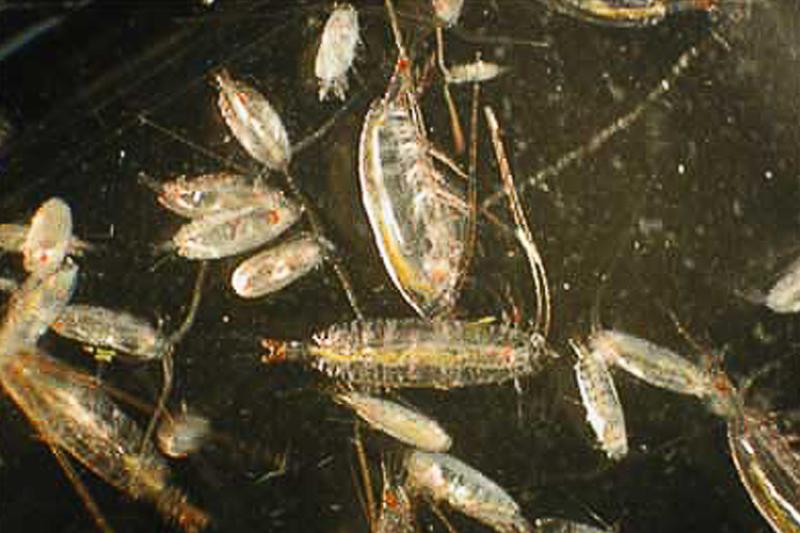 If you catch only the final scene of your favorite show, you see how things end up; you know who captures the throne. But you can only guess how they got there. You missed the swordfight, the betrayal, the final power play.

Studying climate effects on fish in the Bering Sea is sort of like that.

Scientists have seen what the ecosystem looks like in warm and cold years. They know what species prevail or fail. But they can only guess how it happened. They didn’t get to watch.

A team of researchers hopes to change that this fall during a cruise that will put them on the scene of ecosystem transformation.

“The most exciting thing about this research is to try to understand the forces that motivate ecosystem change while it is in progress,” says NOAA Fisheries biologist Dr. Janet Duffy-Anderson, who initiated the study in collaboration with Ed Farley (NOAA Fisheries), Ron Heintz (NOAA Fisheries), and Phyllis Stabeno (NOAA’s Pacific Marine Environmental Laboratory).

She wants to watch the whole episode.

A Change of Regimes

In 2014, the Bering Sea warmed suddenly and dramatically after a 7-year cold spell. Scientists at sea that year noticed the beginnings of change: lower nutrients, abundant small copepods, and a large bloom of coccolithophores – tiny creatures that, in large numbers, turn patches of the grey Bering Sea a tropical turquoise.

If cold conditions returned in 2015, the changes might go no further than that. It takes more than one year to transform the ecosystem. It is during a series of warm years—a warm regime—that far-reaching changes are set in motion. And 2015 was predicted to be the second year of a prolonged warm phase.

Duffy-Anderson and colleagues recognized this chance to see what really happens during a change of regimes in the Bering Sea. The team acted quickly to plan a special cruise on the NOAA Ship Oscar Dyson. And their efforts were rewarded: 2015 has been a very warm year.

“After this cruise we will have the data in hand to intensively study this Bering Sea ecosystem shift,” says Duffy-Anderson. “This is a win for science.”

Growing up is never easy. For walleye pollock, it is nearly always fatal. You are about as likely to win the lottery as a pollock is to see its first birthday. Small differences in this enormous first-year mortality make a big difference in the number of adult fish. If only 99.8% die in their first year instead of 99.9%, twice as many survive—0.2% instead of 0.1%--potentially doubling the number of fish available to the fishery. Scientists need to understand how environmental conditions affect the odds that a pollock will survive its perilous first year, so they can predict how pollock populations will respond to future climate changes.

Duffy-Anderson’s research focuses on walleye pollock, a fish that has an important part in the Bering Sea ecosystem and in the U.S. and world economy.

Pollock plays a central role in the Bering Sea ecosystem. Nearly all of the food energy that travels up the food web from plankton to predators gets there via pollock: pollock eat plankton and small fish; predatory fish, seabirds, and marine mammals eat pollock. If a predator doesn’t eat pollock, chances are it eats something that ate pollock.

Humans are major pollock predators too. If you have lunched on fish sticks or a California roll, you have probably eaten pollock. Bering Sea pollock supports the largest commercial fishery in the U.S and the second largest in the world. Besides supplying an important food resource to many consumers, the fishery provides a livelihood for the many people who catch, package, and distribute pollock.

The problem is that pollock populations can take dramatic swings, with dramatic consequences for the ecosystem and the fishery. For example, between 2004 and 2008, pollock populations plummeted by 40%; by 2014, they were fully recovered. Understanding what causes these ups and downs is important to predicting them and managing a sustainable fishery.

Scientists have linked pollock population fluctuations to environmental conditions during their early life.

At first glance, Bering Sea pollock seem to do best in warm conditions. During a single warm year, young pollock thrive. But if warm conditions persist for more than a year, the population declines. In the long run, pollock do better during a cold regime.

Here’s what scientists think happens. Warm phases feature an abundance of small, low-fat copepods; in cold conditions, larger, oil-rich copepods take the stage. After a warm summer on a low-fat diet, young pollock are abundant and lean; their cold-summer counterparts end up fewer but fatter.

Then winter comes, and in winter, fatter is fitter. Pollock with bigger energy stores seem to survive better.

Based on data collected during cold years, this hypothesis holds true. No one has had a chance to test it during a warm regime – until now.

“We want to understand the mechanisms that influence pollock growth and survival–what are the trophic links?” Duffy-Anderson explains. “We’ll study everything from physics to fish: ocean conditions, nutrients, phytoplankton, zooplankton, forage fish, pollock and salmon.”

A multidisciplinary team of experts from NOAA Fisheries, the University of Alaska, and NOAA’s Pacific Marine Environmental Laboratory will work together to weave these subplots into a complete story.

Duffy-Anderson hopes this cruise will answer some big questions: How long does it take for the ecosystem to change? Why is there a lag between a shift in climate and a swing in pollock populations? When does the copepod community change enough to affect pollock nutrition?

Understanding how ecosystem change unfolds—the whole episode-- will be an important contribution to NOAA Fisheries’ continuing effort to understand and predict how a changing climate will affect Alaska’s ecosystem and fisheries, and the people who depend on them.