Ocean conditions off most of the U.S. West Coast are returning roughly to average, after an extreme marine heat wave from about 2014 to 2016 disrupted the California Current Ecosystem and shifted many species beyond their traditional range. 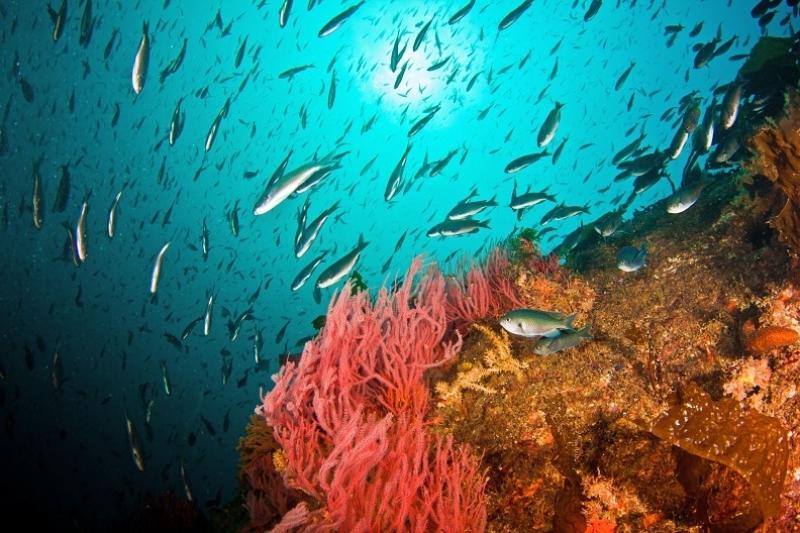 Ocean conditions off most of the U.S. West Coast are returning roughly to average, after an extreme marine heat wave from about 2014 to 2016 disrupted the California Current Ecosystem and shifted many species beyond their traditional range, according to a new report from NOAA Fisheries’ two marine laboratories on the West Coast. Some warm waters remain off the Pacific Northwest, however.

The Southwest Fisheries Science Center and Northwest Fisheries Science presented their annual “California Current Ecosystem Status Report” to the Pacific Fishery Management Council at the Council’s meeting in Rohnert Park, Calif., on Friday, March 9. The California Current encompasses the entire West Coast marine ecosystem, and the report informs the Council about conditions and trends in the ecosystem that may affect marine species and fishing in the coming year.

“The report gives us an important glimpse at what the science is saying about the species and resources that we manage and rely on in terms of our West Coast economy,” said Phil Anderson of Westport, Wash., the Council Chair. “The point is that we want to be as informed as we can be when we make decisions that affect those species, and this report helps us do that.”

Unusually warm ocean temperatures, referred to as “the Blob,” encompassed much of the West Coast beginning about 2014, combining with an especially strong El Niño pattern in 2015. The warm conditions have now waned, although some after-effects remain.

Even as the effects of the Blob and El Niño dissipate, the central and southern parts of the West Coast face low snow pack and potential drought in 2018 that could put salmon at continued risk as they migrate back up rivers to spawn.

“Overall we’re seeing some positive signs, as the ocean returns to a cooler and generally more productive state,” said Toby Garfield, a research scientist and Acting Director of the Southwest Fisheries Science Center. “We’re fortunate that we have the data from previous years to help us understand what the trends are, and how that matters to West Coast fishermen and communities.”

NOAA Fisheries’ scientists compile the California Current Ecosystem Status Report from ocean surveys and other monitoring efforts along the West Coast. The tracking revealed “a climate system still in transition in 2017,” as surface ocean conditions return to near normal. Deeper water remained unusually warm, especially in the northern part of the California Current. Warm-water species, such as leaner plankton species often associated with subtropical waters, have lingered in these more-northern zones.

One of the largest and most extensive low-oxygen zones ever recorded off the West Coast prevailed off the Oregon Coast last summer, probably driven by low-oxygen water upwelled from the deep ocean, the report said.

While the cooling conditions off the West Coast began to support more cold-water plankton rich in the fatty acids that salmon need to grow, salmon may need more time to show the benefits, the report said. Juvenile salmon sampled off the Northwest Coast in 2017 were especially small and scarce, suggesting that poor feeding conditions off the Columbia River Estuary may be lingering.

Juvenile salmon that enter the ocean this year amid the gradually improving conditions will not return from the ocean to spawn in the Columbia and other rivers for another two years or more, so fishermen should not expect adult salmon numbers to improve much until then.

“These changes occur gradually, and the effects appear only with time,” said Chris Harvey, a fisheries biologist at the Northwest Fisheries Science Center and coauthor of the report. “The advantage of doing this monitoring and watching these indicators is that we can get a sense of what is likely to happen in the ecosystem and how that is likely to affect communities and economies that are closely tied to these waters.”