Working with partners, NOAA researchers use satellite tags to investigate the spatial ecology of sea turtles in nearshore habitats of the Mariana Islands. 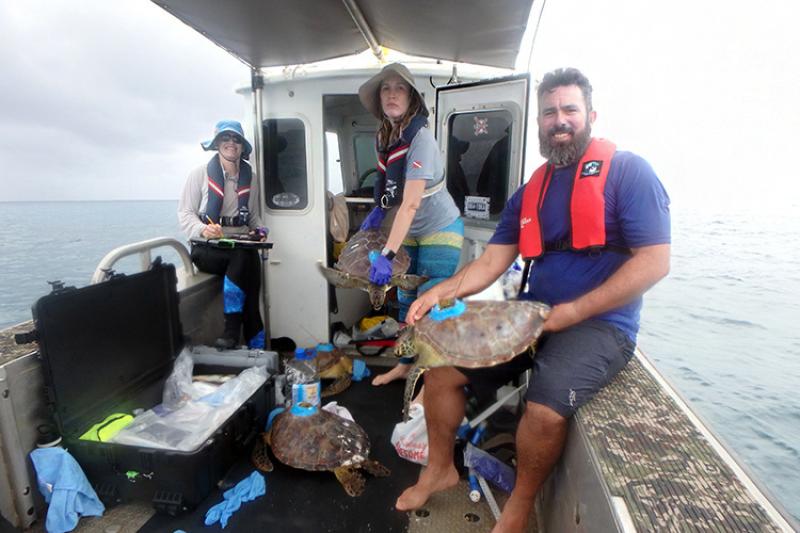 NOAA Fisheries is pioneering what has become the most rigorous satellite tagging study of foraging green sea turtles and hawksbill sea turtles in the world. NOAA researchers Drs. Alexander Gaos, Summer Martin, and Camryn Allen recently returned from their latest expedition to Guam and the Commonwealth of the Northern Mariana Islands (CNMI). When they see a turtle, they free dive and attempt to hand-capture it. Local resident and freediving expert Jessy Hapdei leads the hand-capture effort. He has been involved in the project since its inception. 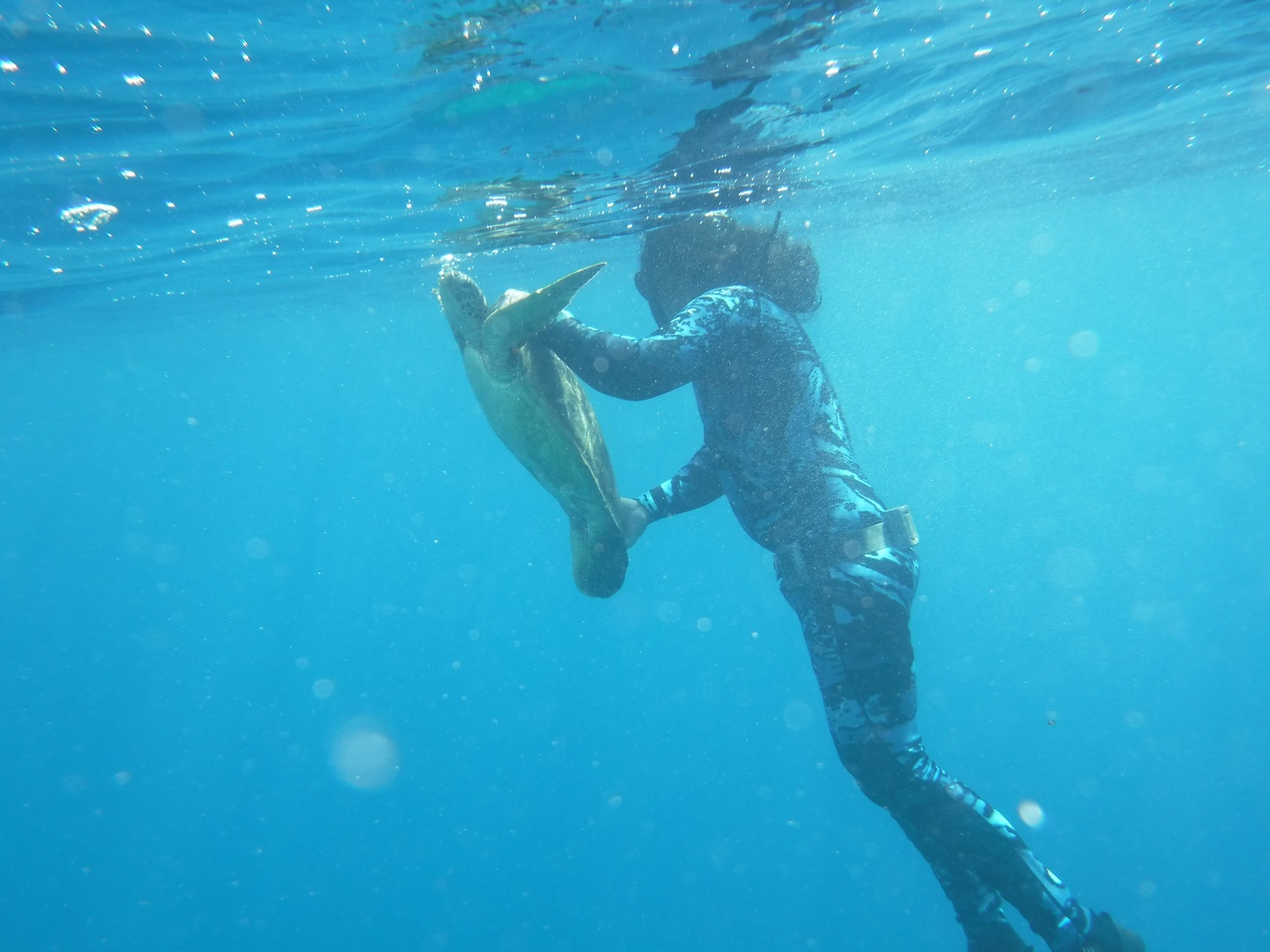 Freediving expert Jessy Hapdei with a green turtle hand captured in the waters of Saipan, CNMI.

The most recent survey trip took place in early September 2019. The research team planned the mission to coincide with good weather dates. The eastern and northern coasts of the islands of Guam and Saipan have been impossible to access in the past, because challenging weather conditions persist during much of the year. These areas are important to the regional study of sea turtle movement ecology. The team’s planning efforts were rewarded with six outstanding field days—they captured, measured, and tagged 19 green turtles and two hawksbill turtles. They used flipper tags as well as satellite tags. Satellite tags give information on the fine-scale movements of turtles for several months. Flipper tags can last years or even decades and allow scientists to identify turtles long after the satellite tag has fallen off. 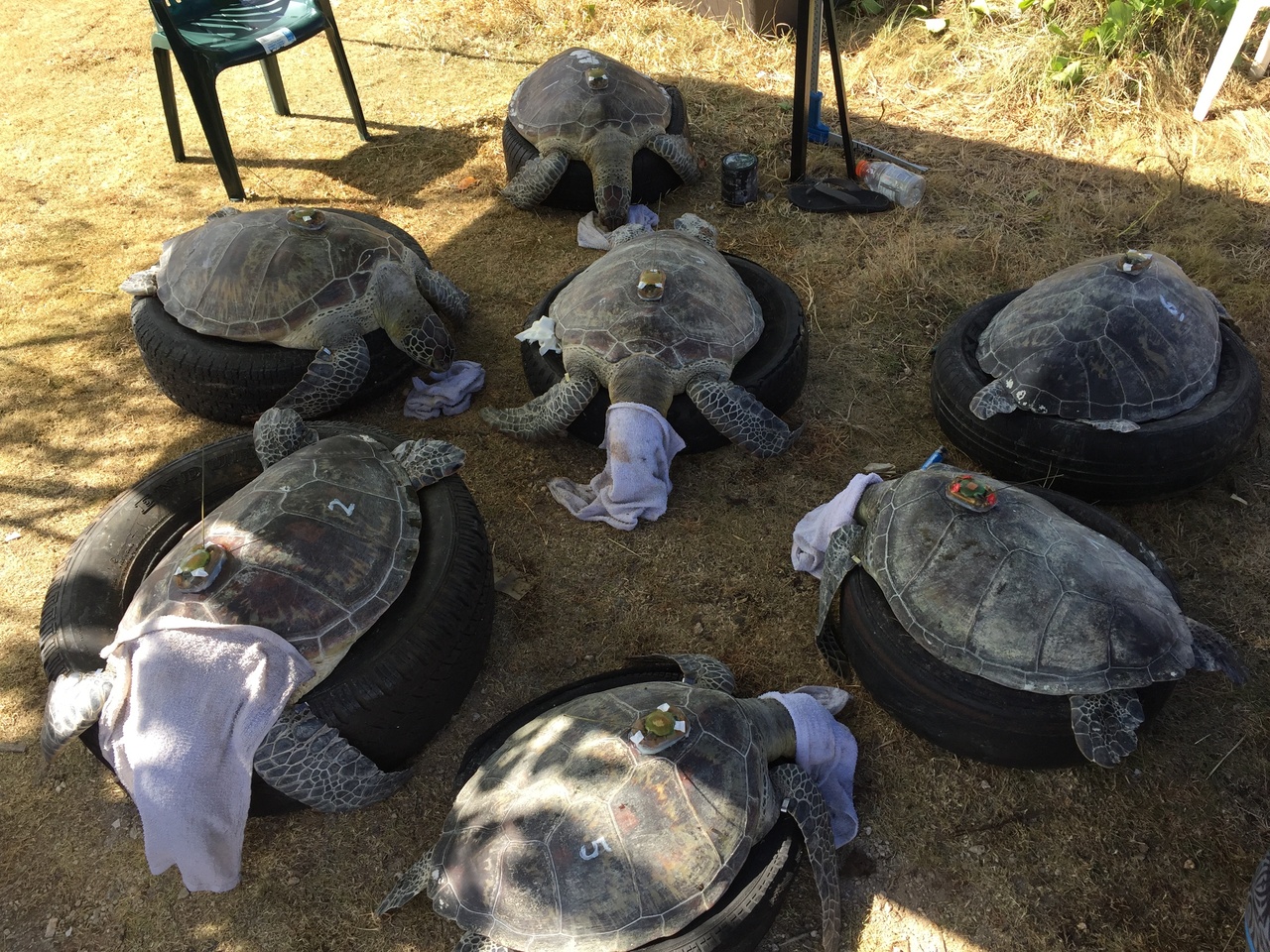 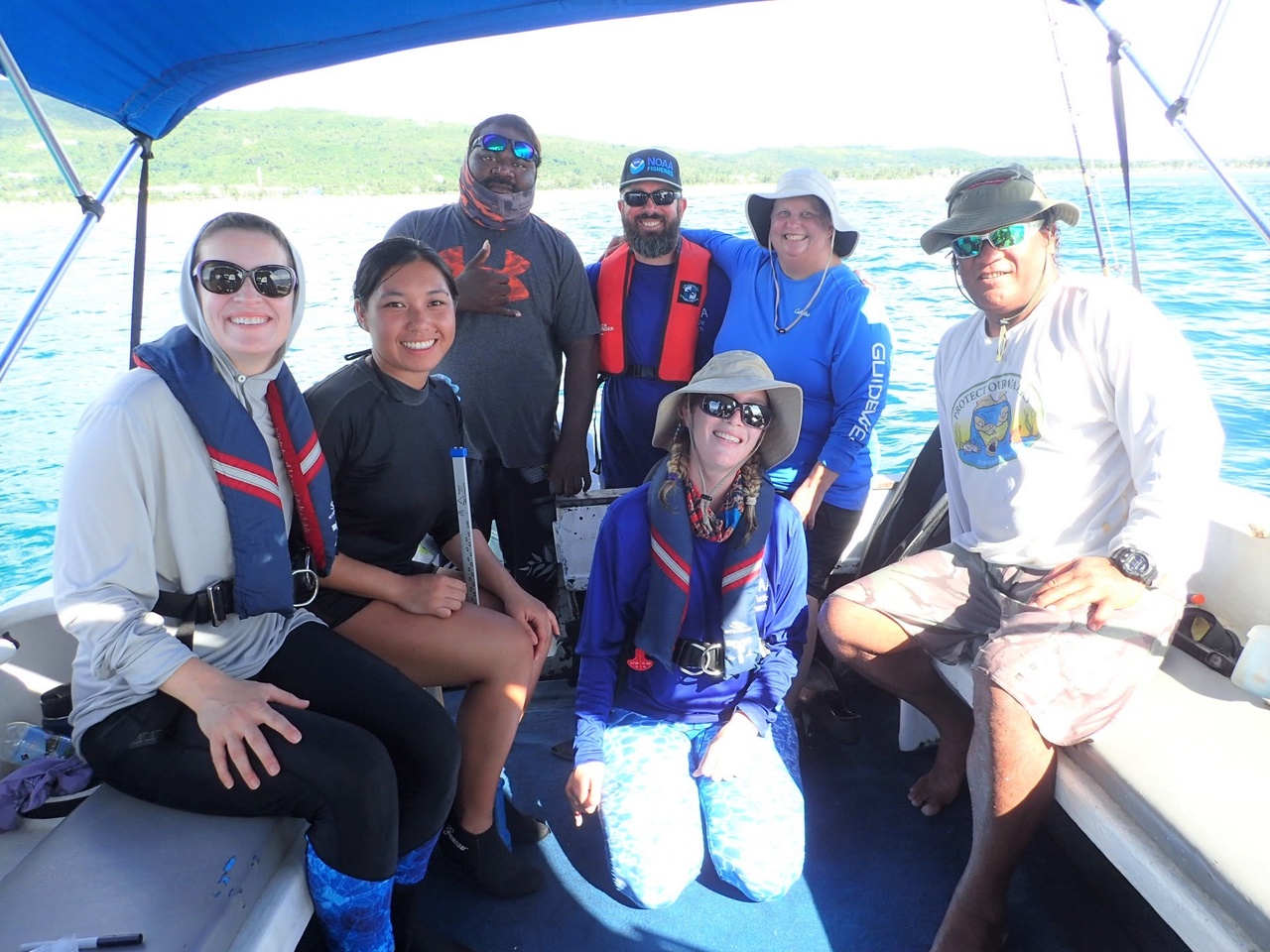 Team members from NOAA, CNMI DLNR, FishGuyz Scuba and Charter, and Jessy's Tagging Services during boat-based operations in the CNMI.

In addition to colleagues at the Pacific Islands Regional Office, partners on this project include the following: 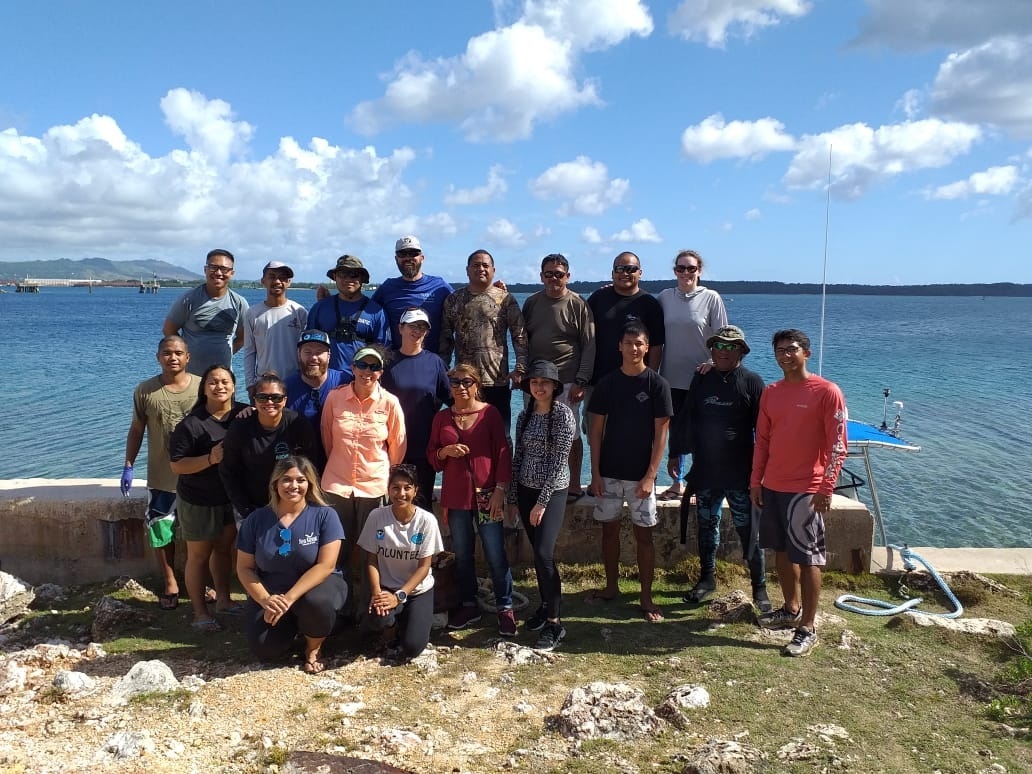