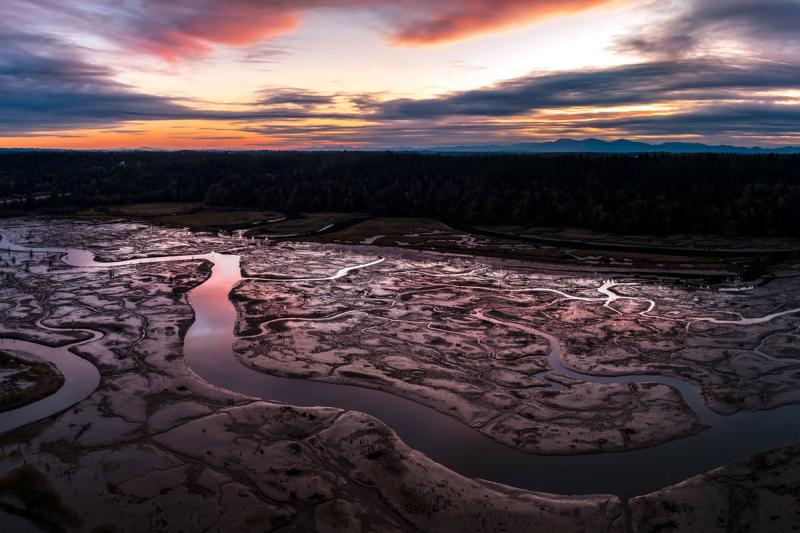 Tidal wetlands in the Nisqually River Basin, where restored habitat fosters growth of juvenile salmon and steelhead on their way to the ocean.

Lorraine Loomis and Kelly Susewind got it right. Their joint column called for collaboration as the state and tribal co-managers of Puget Sound salmon “struggle to share a shrinking resource.”

That commitment, along with collaboration, will be key to reaching an agreement for salmon fishing in Puget Sound. The agreement will fulfill tribal treaty rights, provide opportunity for recreational and non-tribal commercial fishing, and conserve salmon. The co-managers have reached agreement on plans to share the catch of available Puget Sound salmon in 33 of the last 34 years. I know it has never been easy.

The depressed status of many Puget Sound salmon stocks continue to make it even more challenging.

The answer is not about winning or losing, as the co-managers said. Rather, “it’s about working together to meet one another’s needs by carefully crafting conservative fisheries that protect the weakest salmon stocks while providing for harvest when possible.”

Everyone who depends on Puget Sound salmon knows just how restrictive the fisheries have become. Most Puget Sound Chinook migrate north as young fish and rear off the coasts of Southeast Alaska and British Columbia. The Pacific Salmon Treaty has reshaped salmon fisheries across those boundaries. This has led to agreements with harvest cutbacks of 20 to 45 percent in Alaskan and Canadian fisheries since the early 2000s.

Chinook salmon were listed as threatened under the Endangered Species Act (ESA) in 1999. Since then, the co-managers of salmon and steelhead in Puget Sound have further reduced fishing an average of more than 30 percent. Even larger reductions have helped protect the most critical stocks.

Fishermen from Puget Sound and elsewhere have given a lot. Protection of the weakest stocks limits access even to the healthy populations of fish. At NOAA Fisheries, we must also ensure that the plans the tribes and state develop protect naturally spawned salmon and steelhead listed under the ESA.

What will it take to turn this around? The answer again is collaboration. We must restore habitat in places like the Nisqually and Skokomish River Deltas, where young salmon are once again using these habitats to rear after many decades. We have demonstrated on the Elwha, Middle Fork Nooksack, and other Northwest rivers that we know how to reopen habitat that these fish need to spawn and rear. Communities are working together on innovative ways to protect habitat and restore salmon across the Puget Sound landscape in the Dungeness, Stillaguamish, Green River and many others.

However, we are also racing against continuing habitat loss and climate change, which puts increasing pressure on native fish and fisheries. Endangered Southern Resident killer whales depend on the same salmon—and therefore the same habitat—which only adds to the urgency.

Science tells us that this is not going to get easier until we protect and restore more habitat, faster. This is especially critical in the nearshore environment where juvenile fish gain strength before going to the ocean.

Everyone who lives in Puget Sound lives in or near salmon habitat. Get involved at your local level in helping make important land use decisions. Help us to protect the remaining, intact salmon habitat and restore more habitat vital to the long-term recovery of these fish, for everyone and everything that depends on them.

For salmon, diversity provides resilience. The more healthy watersheds, healthy stocks, and healthy estuaries, the better their chance of withstanding risks such as climate change. Our diversity also strengthens salmon management and makes for resilient coastal communities, giving us a sustainable way forward—together. 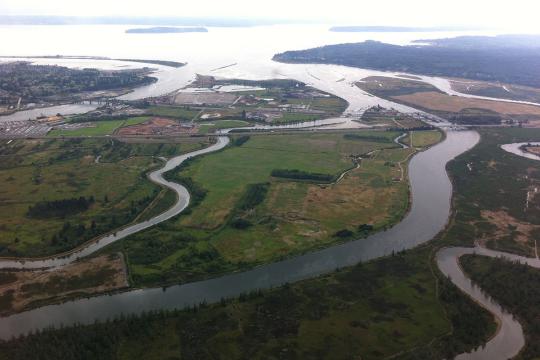