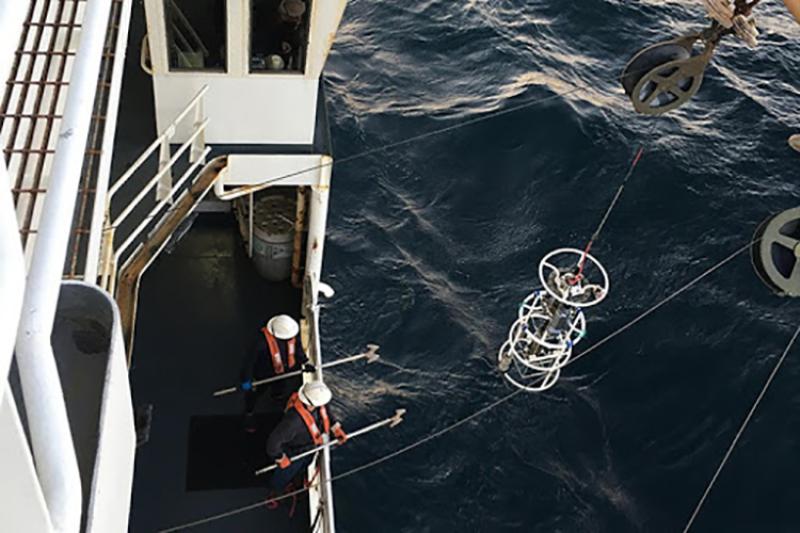 The start of the survey was delayed by a last-minute staffing emergency. As a result, 30 stations south of Virginia were dropped.

There was no federal survey effort in 2020. Constraining the spread of COVID-19 took precedence.

This year, we operated under COVID-19 survey protocols:

However, the survey plan ensured that essential data were collected across the survey area.

The Bigelow supports a variety of marine research. However, the multispecies bottom-trawl survey is among the most important of its missions for monitoring the region’s fishery resources, and it is the longest running of its kind in the world.

This fishery-independent survey monitors fish abundance and distribution on the Northwest Atlantic continental shelf from Cape Lookout, North Carolina to the Scotian Shelf. Data collected include fish age, length, weight, sex, maturity, and food habits, all of which are critical for fishery stock assessments that help to inform fishery management decisions by the New England and Mid-Atlantic Fishery Management Councils, and the Atlantic States Marine Fisheries Commission.