Evidence for the earliest “Krill Trap” on record in the Western Beaufort Sea. 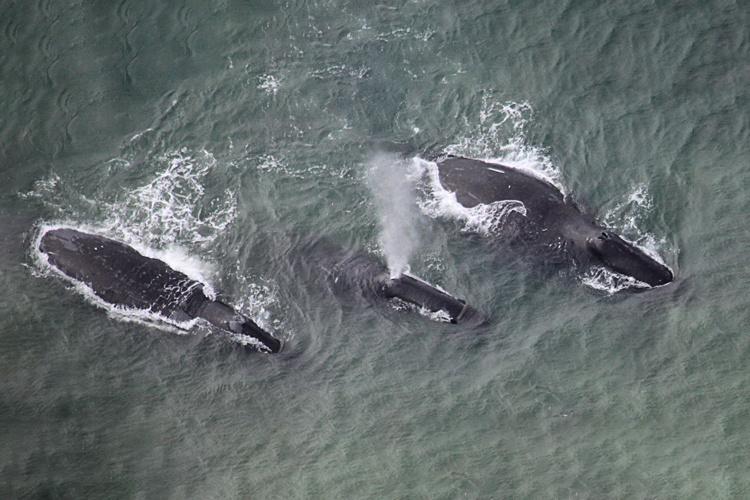 The Aerial Surveys of Arctic Marine Mammals (ASAMM) 2017 field season has kicked off and is well underway! ASAMM is funded by the Bureau of Ocean Energy Management (BOEM) Alaska Region and co-managed by BOEM and NOAA. Our team based in Utqiagvik (formerly Barrow), Alaska, has been flying primarily in the Chukchi Sea since July 2nd. Their season is off to a great start, and we’ll have more to come on the interesting things they’ve been seeing in future blogs. Our team based in Deadhorse, Alaska, had their first flight on July 19th and they will focus their survey effort in the Beaufort Sea. The Beaufort team kicked right into action and has already documented outstanding sightings. On July 21st, we were fortunate enough to sight an amazing feeding aggregation of bowhead whales: the earliest documented “krill trap” on record for bowhead whales in the western Beaufort Sea! 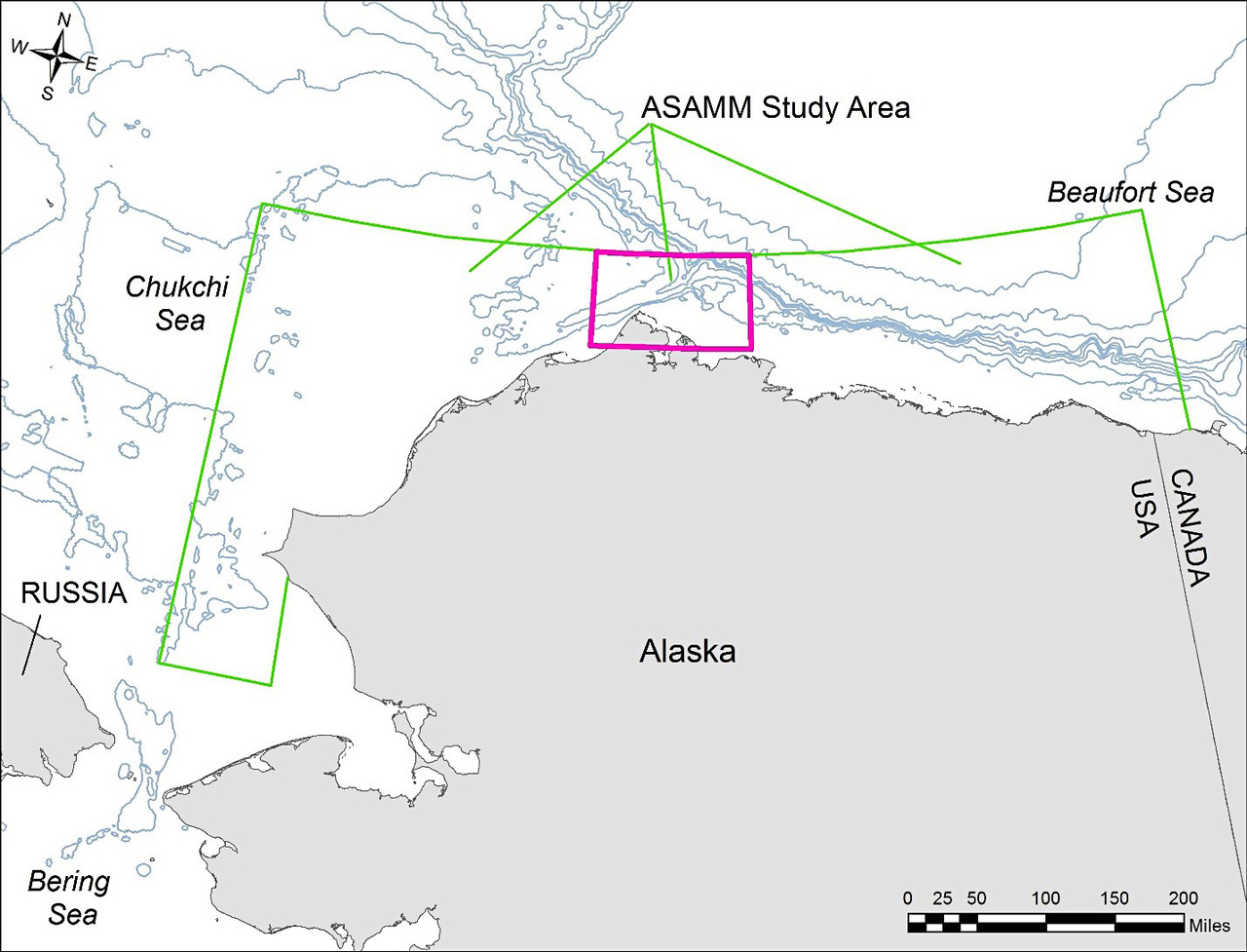 The ASAMM study area with the krill trap area boxed in pink.

The Krill Trap: What It Is and How it Forms

Under the right circumstances, oceanic and atmospheric conditions concentrate bowhead whale prey on the Beaufort Sea shelf in an area northeast of Utqiagvik, in what is known as a “krill trap,” and these krill traps provide advantageous feeding habitat for bowhead whales. The krill trap model was developed by Steve Okkonen (University of Alaska Fairbanks), Carin Ashjian (Woods Hole Oceanographic Institution), and others, to describe the physical and biological mechanisms that align to create a krill trap (Ashjian et al. 2010, Okkonen et al. 2011). The krill trap affects small zooplankton, particularly krill, which bowhead whales feed on by straining through their baleen. Krill that occur in the Pacific Arctic do not reproduce or occur year-round there; they are transported in the deep, cold, nutrient-rich Pacific Ocean water current that flows north from the Bering Sea.

Winds on July 15th-17th were from the east at 15-25 mph, which is strong enough to cause upwelling. Winds died down on July 18th-21st, and shifted direction to come from the northwest, and these are ideal conditions to set the krill trap.

The water was likely muddy from the bowhead whales stirring up the bottom of the seafloor and, since the water was so muddy, we could only see the whales when they were at the surface. The most we counted at the surface at one time was 14 individuals, though we suspect there were more than that. There were another six bowhead whales nearby, one of which joined the feeding aggregation. It was a spectacular sight: some of the bowheads were at the surface of the water with their giant mouths open as they were filtering the prey through their baleen. Bowhead whales can reach lengths up to 60 feet, their heads are almost 1/3 of their total body length, and their baleen can reach 13 feet long! 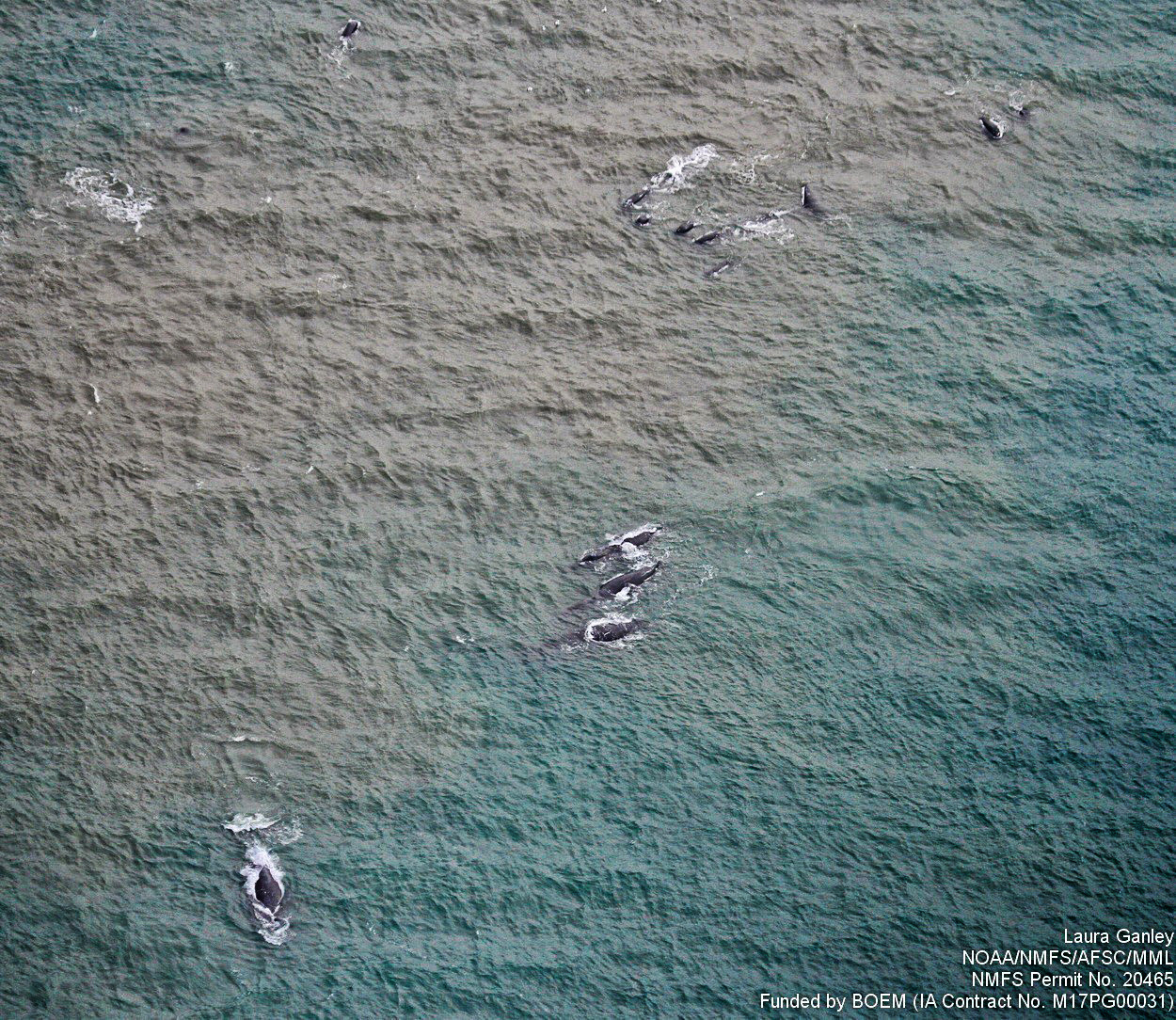 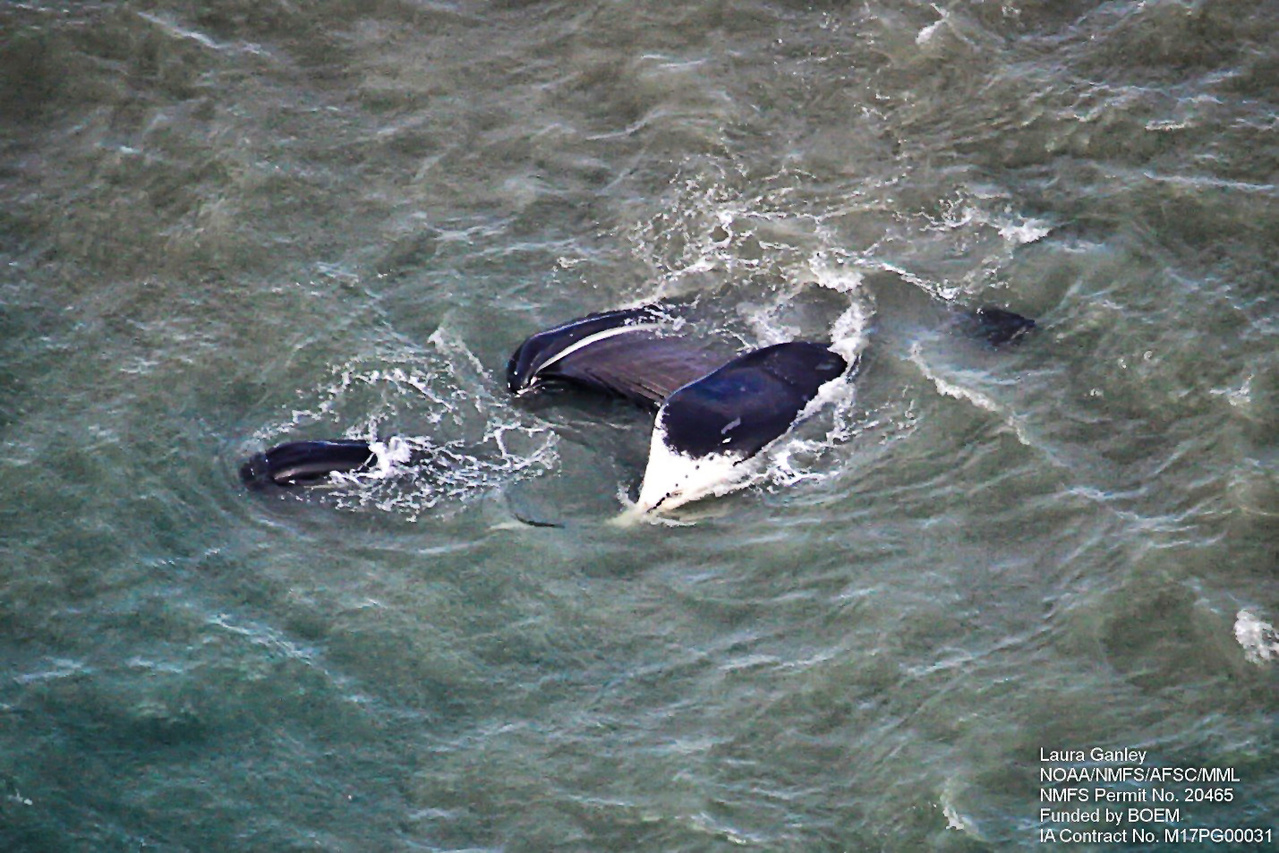 Two bowhead whales sighted in the feeding aggregation. The whale on the right is on its side with its mouth open, showing its white chin and its baleen hanging from the upper jaw, and the whale on the left has only the thin top of its rostrum (the elongated form of the top of its head) showing above water.

The bowhead whales were also feeding in echelon formation, in which they swim next to each other with each one being a step farther back than the next. (Think of geese flying in a “V” formation.) This formation is helpful when they are feeding with their giant mouths open because it reduces their drag in the water, and the hydrodynamics of the leading whale swimming through the water with its mouth open can concentrate prey for trailing whales.

Why Did the Krill Rrap Form so Early

Prior to our July 21st sighting this year, the earliest sign of an active krill trap, as detected from aerial surveys or small boat surveys, was in late August. The ASAMM project dates back to 1979, but the area where the krill trap occurs has not been surveyed very frequently during this early- to mid-July time of year, and lack of survey effort could be why the krill trap has not been documented previously this early. The krill trap has been documented more often in September or October when aerial surveys have been more frequently conducted. 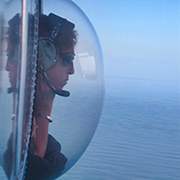