Scientists headed to Maui in mid-October to help expand bleaching observations across the state. 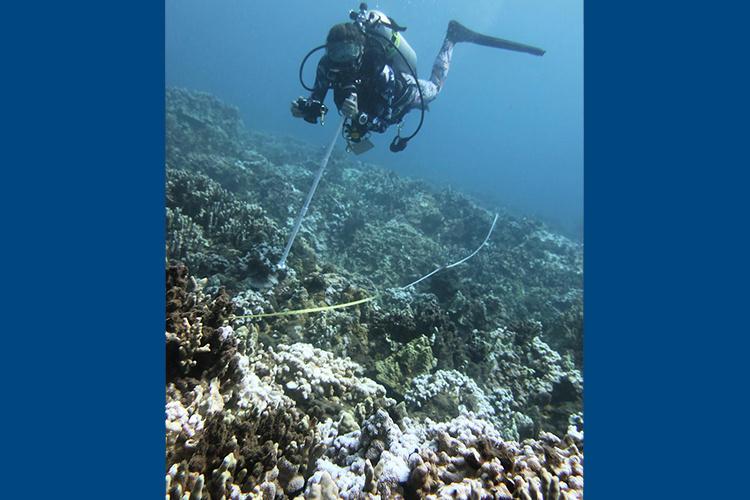 Our team used a combination of snorkel and SCUBA surveys to visually assess the extent of bleaching, collect digital imagery of the reef, and install temperature loggers that will remain underwater to track water temperature at the reef surface.

The Hawaiian Islands Humpback Whale National Marine Sanctuary generously partnered with our team, offering the research vessel R/V Koholā as well as their inflatable small boat to help us access numerous reefs along the leeward side of Maui. A warm mahalo to their team for embodying what we like to call the “One NOAA” philosophy!

Among the 51 sites we surveyed, we saw evidence of bleaching at every reef. An average of 26 percent of the live corals we visually observed between 7 and 64 feet showed some level of visual bleaching stress. Most corals become visually pale or white when they lose their symbiotic algae as a result of heat stress. Other colonies, particularly Pocillopora meandrina, showed signs of fluorescing bright yellow or purple. Fluorescent pigments may serve as protection for coral tissues in environments with intense light, functioning as a sort of “sunscreen” and reducing bleaching stress. 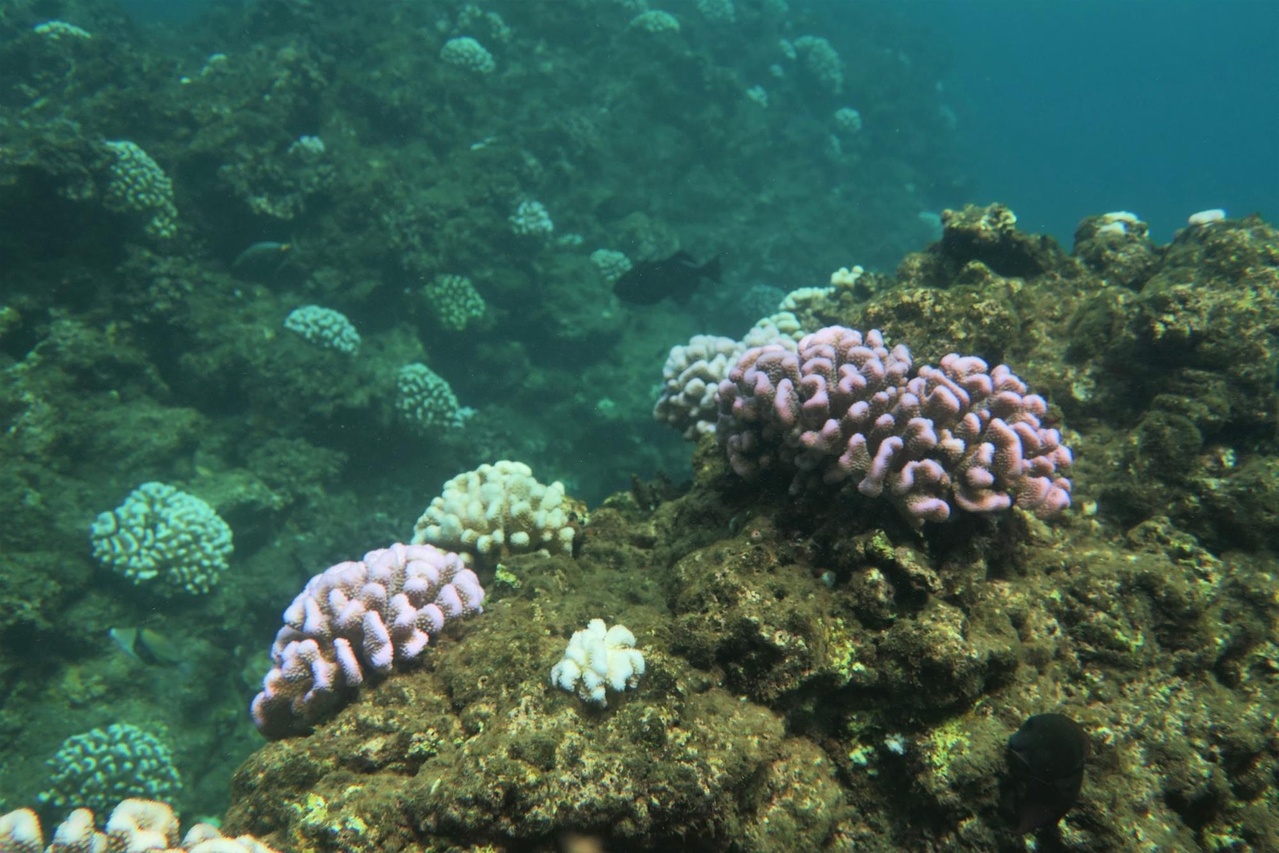 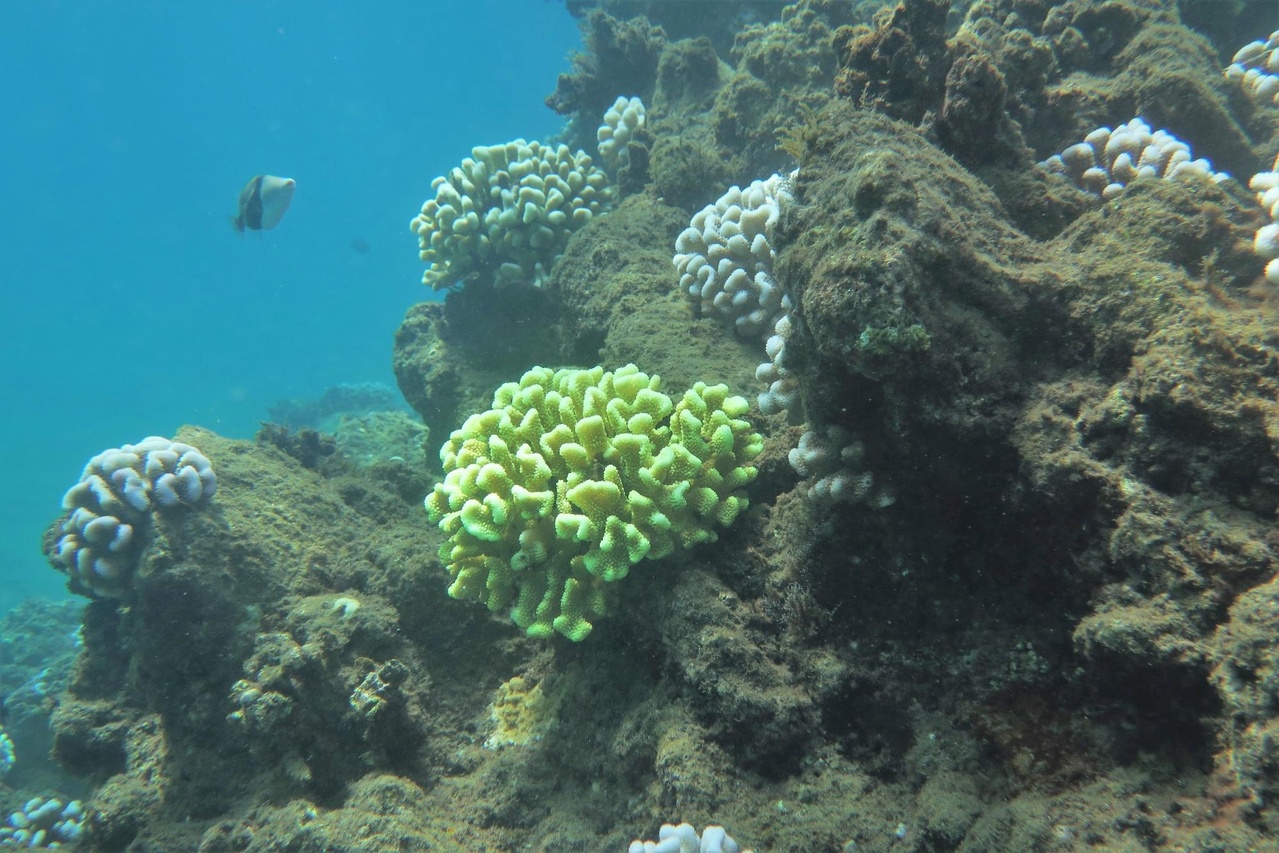 Not all coral species appeared equally vulnerable to bleaching stress. Colonies of rice coral (Montipora capitata) and pork chop coral (Pavona duerdeni) were among the most sensitive species we observed, often appearing stark white on the reefs. Yet, even within a single species, there was variation. In the image below, two adjacent colonies of rice coral demonstrate very different responses to warm sea water temperatures. The colony on the right is bleached while the colony on the left is not. 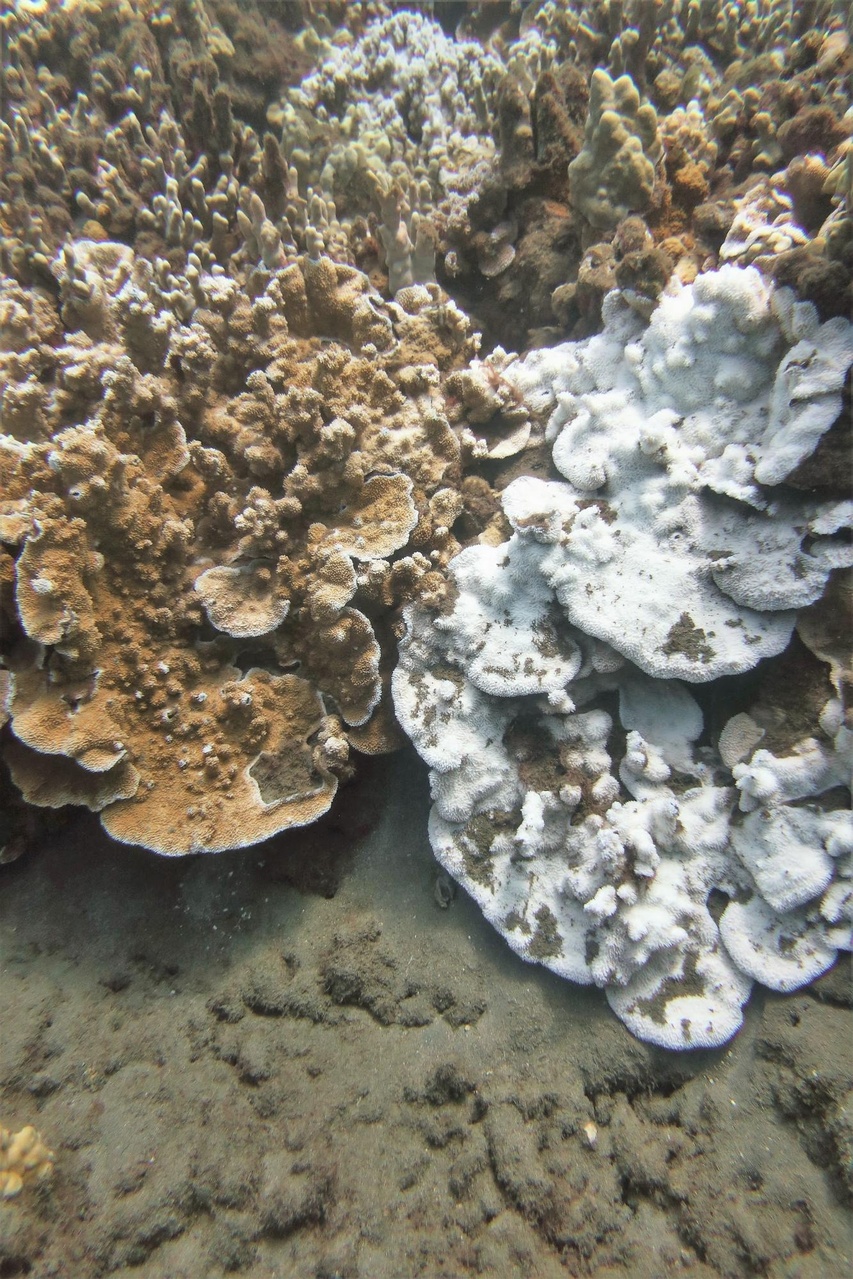 Corals help create the three-dimensional structure of coral reef ecosystems. The complexity and relief built by actively growing corals supports diversity and abundance of numerous organisms. One species that calls the reef home is the Hawaiian domino (Dascyllus albisella), which shelters among branches of the antler coral (Pocillopora grandis). 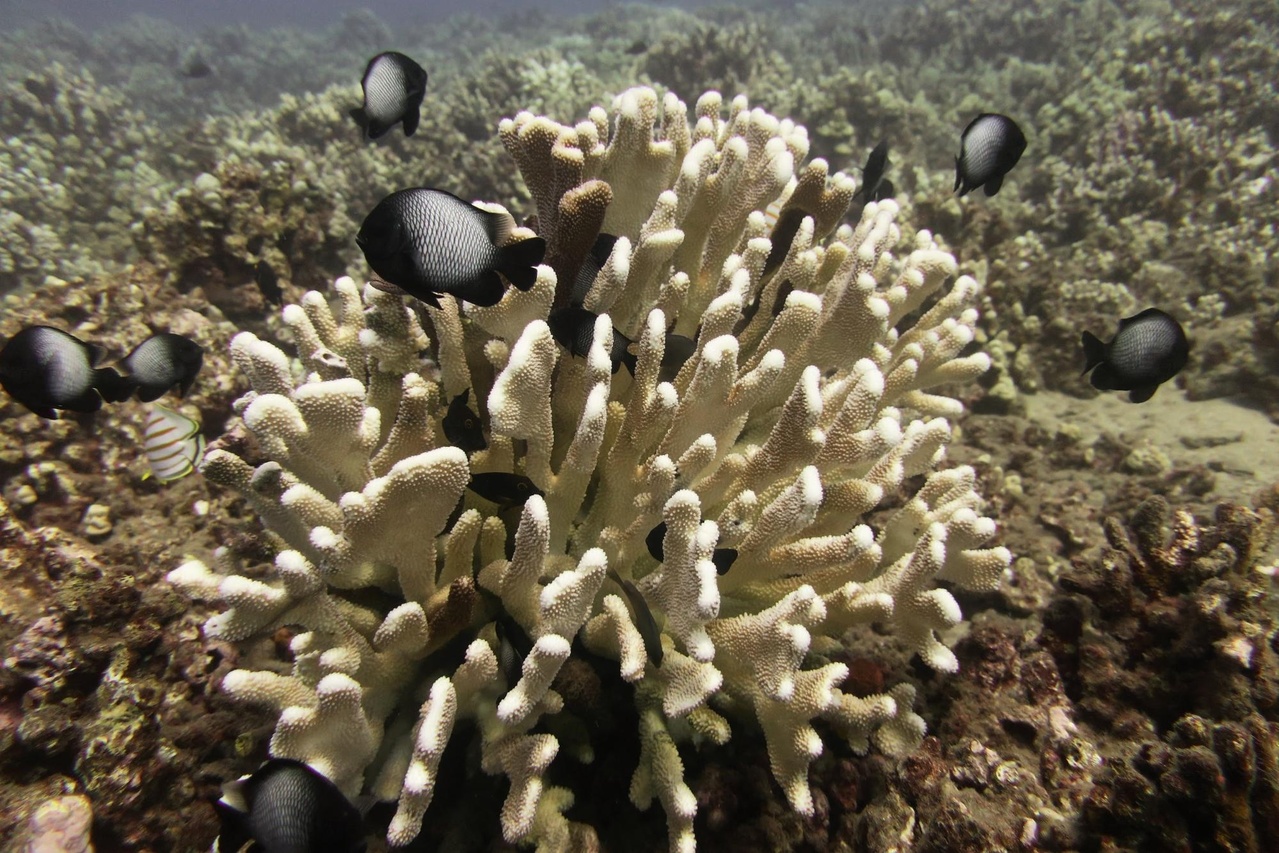 Dascyllus albisella shelter in the branches of a Pocillopora grandis colony showing early signs of paling.

This antler coral showed early signs of bleaching by becoming pale in color as a result of the warm water temperatures. Without its symbiotic algae, which provides a majority of its energy, severe and prolonged bleaching stress can ultimately kill the coral colony and put the structure of the reef itself at risk. We are keeping a close eye on the sea surface temperatures in November and December, with hopes that these months bring cooler waters to Hawaii corals. 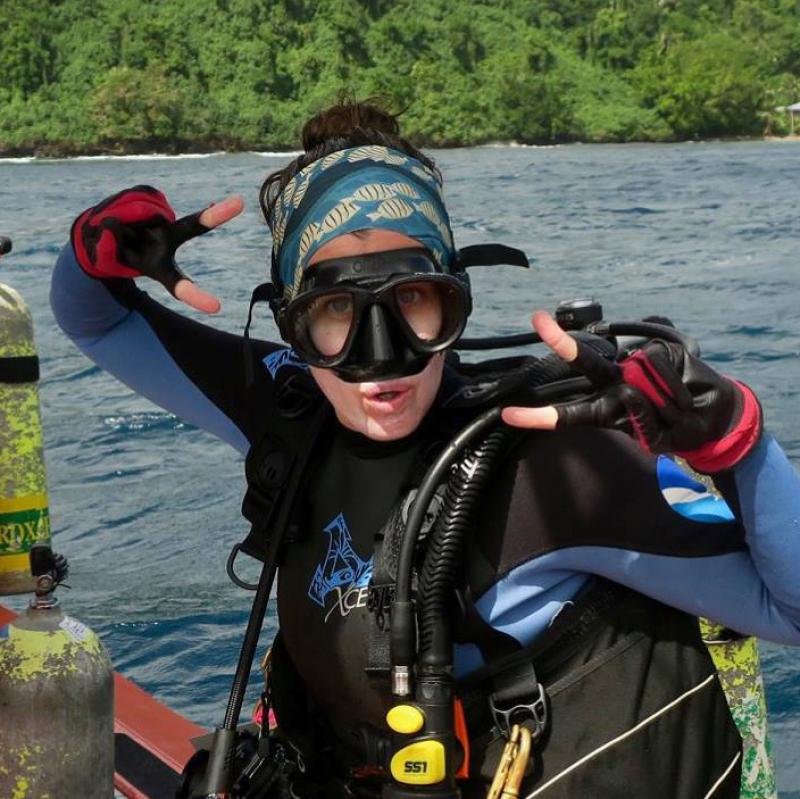 Brittany Huntington is a program manager, coral reef enthusiast, and avid diver. She has worked in seagrass beds, kelp forests, and coral reefs in both the Pacific and Caribbean focusing on how humans impact these natural ocean systems. She received her Masters degrees from San Francisco State University and then switch coasts to pursue her doctoral studies at the University of Miami, FL. She lives in O‘ahu and enjoys trying her hand at throwing pots, spinning classes, and farmers markets.