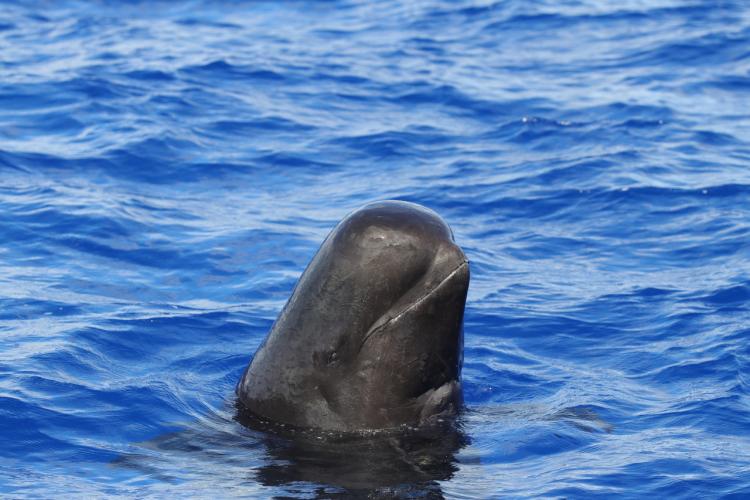 Last month, we returned to the Mariana Islands for our ninth year, looking for whales and dolphins off the islands of Saipan, Tinian, Aguijan, and Guam. This long-term effort is designed to help us understand which cetacean species are in the Marianas and how they use their ocean habitat. During 14 days on the water, between 24 August and 9 September 2018, we saw 20 cetacean groups, including spinner dolphins (Stenella longirostris), pantropical spotted dolphins (Stenella attenuata), bottlenose dolphins (Tursiops truncatus), sperm whales (Physeter macrocephalus), and short-finned pilot whales (Globicephala macrorhynchus). We collected 6,437 photos and 33 biopsy samples, and deployed 5 satellite tags. 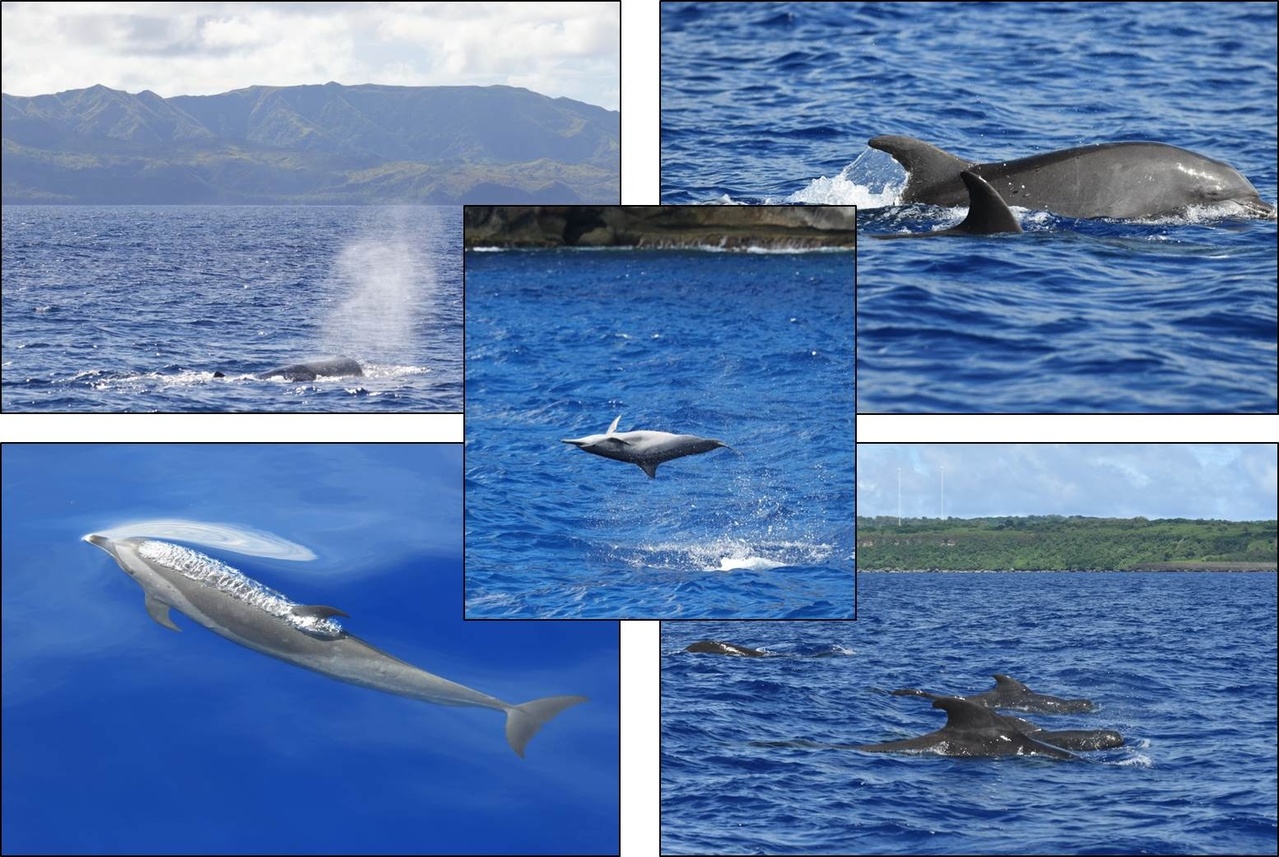 Inset: a spinner dolphin views the world upside down. Top left: a sperm whale cruises down the southwest side of Guam. Top right: a bottlenose dolphin is caught with its eyes closed while surfacing. Bottom left: a pantropical spotted dolphin starts to exhale before breaking the surface of the water. Bottom right: short-finned pilot whales slowly make their way south past Tinian. Photos: NOAA Fisheries

On 26 August, we encountered two subgroups of short-finned pilot whales at Marpi Reef, 20 kilometers (10.7 nautical miles) north of Saipan. The groups were traveling in the same direction and both were diving for 6 to 8 minutes, but they remained at least 500 meters (0.27 nautical miles) apart. We can identify individual cetaceans by their dorsal fins, and saw some familiar fins among the groups. One of them was a favorite and most recognizable short-finned pilot whale named “Chop Top.” We encountered him multiple times off Guam and Rota from 2011 to 2016, but had not seen him since. This time, he was farther north.

We deployed two satellite tags in the first subgroup (141710 and 141726) and one in “Chop Top’s” subgroup (172235). The three tagged whales continued to travel together for over a week. One tag (141726) stopped transmitting on 4 September. Tags 141710 and 172235 were traveling between Farallón de Medinilla to the north and south to Tinian and Aguijan, but primarily stayed north of Saipan. Both tags were still transmitting as of 25 September.

On 28 August, we encountered a different group of short-finned pilot whales off the west side of Tinian. We recognized some of the individuals from previous encounters off Tinian, as well as Guam and Rota. We deployed two satellite tags (141711 and 169422) and tracked the whales as they cruised around south of Tinian and Aguijan. On 5 September the four remaining tagged short-finned pilot whales were hanging out together off Aguijan but parted ways later that same day. Surprisingly, tagged whales 141711 and 169422 made a trip down to Rota and were off the island on the day that Typhoon Mangkhut passed just to its north (10 September). Those tags stopped transmitting on 12 and 14 September, respectively. It will be interesting to see where the remaining tagged whales (141710 and 172235) go. Down south—offshore—who knows? 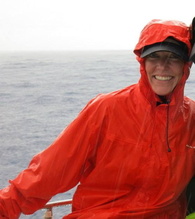 Marie Hill is a Cetacean Biologist with the Joint Institute for Marine and Atmospheric Research and the Pacific Islands Fisheries Science Center. She earned her B.S. in Marine Science and Biology at the University of Tampa and her M.S. in Biological Oceanography at Florida State University. She loves traveling and any outdoor activity but especially hiking and surfing.

All photos taken with research permit.