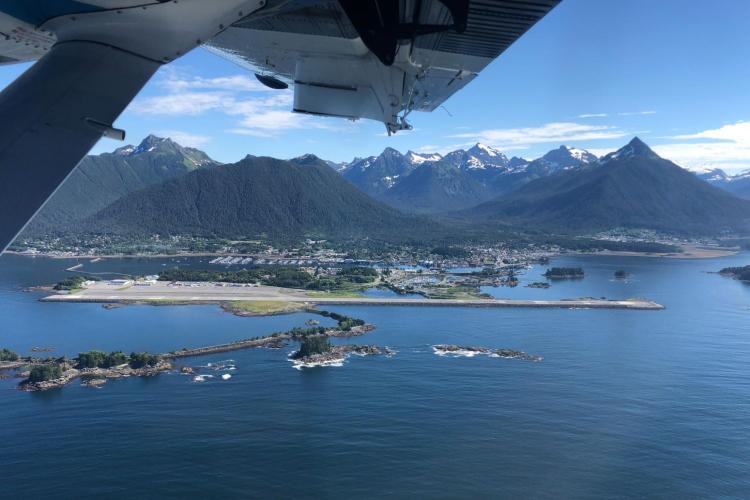 A view of Sitka from the NOAA Twin Otter airplane, captured on a beautiful survey weather day! Credit: NOAA Fisheries.

The Steller sea lion aerial survey has been underway for two weeks, with just one week left to go!

After our brief pause due to poor weather in Sitka, we were able to get in a few great days of flying. We surveyed for almost 19 hours over 3 days, and were able to visit 76 sites in Southeast Alaska! On Monday, June 28, we loaded the Twin Otter with our whole crew and all of our gear. We surveyed the remaining 11 Southeast Alaska sites before heading to our next base of operations, Kodiak. With those last few sites completed, we had successfully surveyed all Southeast Alaska Steller sea lion rookeries and haul-out sites except one. The exception is where animals have not been observed in many years. It was a big accomplishment!

We have now been in Kodiak for almost a week. From here, our team has been working to survey all of the known rookeries and haul-out sites in the Gulf of Alaska region. We started in the east and worked our way west. So far, in just two good survey days, we have been able to visit all of the eastern Gulf sites, and about 1/3 of the central Gulf sites!

With so much great surveying in the books, Katie and I thought it was time to properly introduce the rest of the flight crew! Ben Hou, a scientist at the Alaska Fisheries Science Center, is the third scientific observer on the plane. This is Ben’s third year on the Steller sea lion aerial survey. He regularly participates in other aerial surveys conducted by the Center's Marine Mammal Laboratory. Ben is our tech expert! For each flight, there are three survey positions: two observers and one person operating the camera system. Ben, Katie, and I rotate duties each day, making sure we properly photograph all of the Steller sea lions we see.

We operate with two pilots, Lt. Kyle Cosentino and Lt. Chris Licitra from NOAA’s Aircraft Operations Center. They do an amazing job flying over all of the sea lion sites while we photograph the animals. They also help us decide whether it’s a “go” or “no-go” flight day by summarizing Alaska aviation safety and weather data. Last but not least, we travel with mechanic Casey O’Toole. Casey keeps us safe in the skies and ensures that the Twin Otter is operating in tip-top shape! Our AOC team members have been nothing but a delight to work with, bringing not only their knowledge and expertise but also lots of fun and laughs. 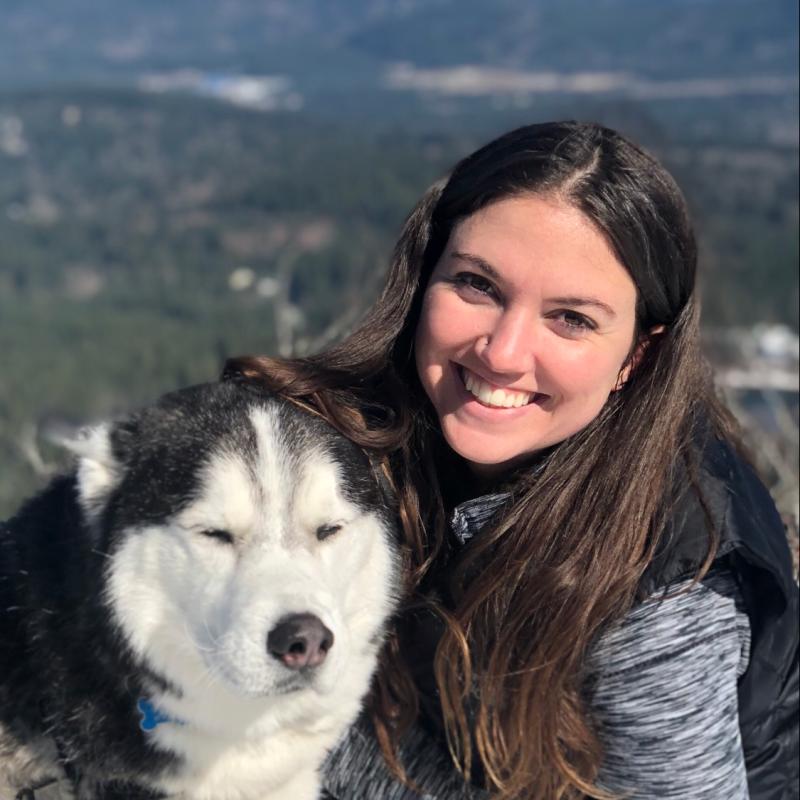 I’m a Research Scientist with the Cooperative Institute for Climate, Ocean, and Ecosystem Studies at the University of Washington, and I work in collaboration with the Alaska Ecosystems Program of the Alaska Fisheries Science Center's Marine Mammal Laboratory. While this will be my first time on the survey, I have worked on the image processing and data analysis of the 2018 and 2019 aerial survey images. I am also helping to develop machine learning techniques to expedite the processing time! 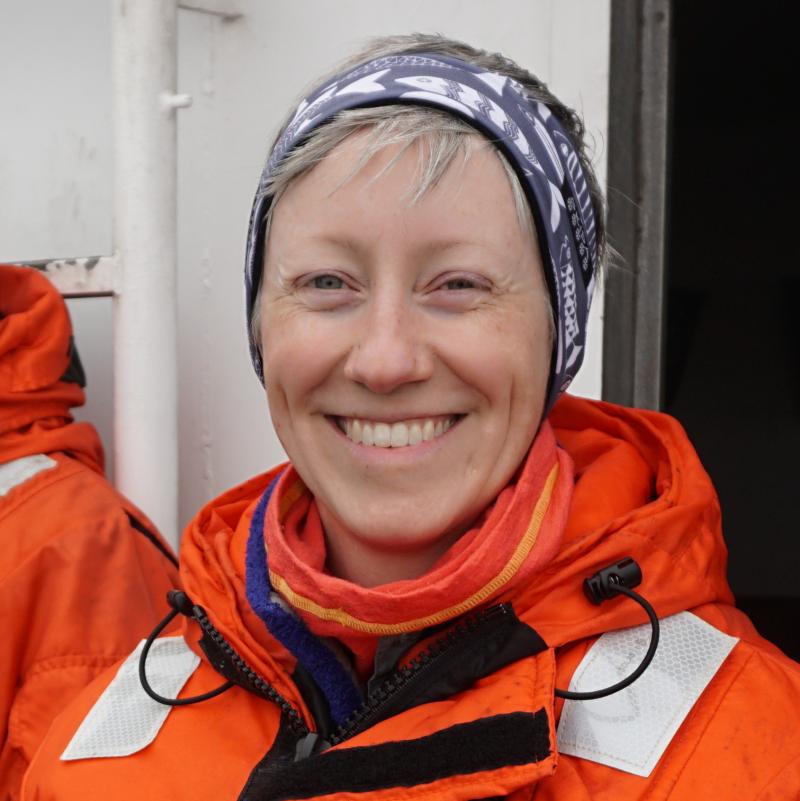 Katie (she/her) is a Biologist with the Alaska Fisheries Science Center's Marine Mammal Laboratory Alaska Ecosystems Program. She is the Field Lead on the Steller sea lion aerial survey and 2021 will be her fifth time on this trip! When she's not in the field, she studies the diets of Steller sea lions (Eumetopias jubatus) and northern fur seals (Callorhinus ursinus), and manages MML’s laboratory spaces.