A day at sea with members of the Northern Chumash Tribal Council and the Hispanic Access Foundation. 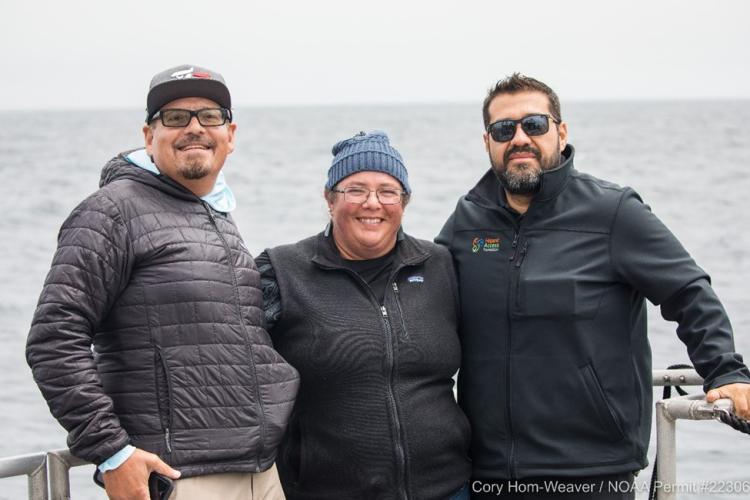 In June 2022, research groups from half a dozen organizations joined forces to complete a cruise on R/V Fulmar, to sail from Monterey down to Morro Bay, California. The cruise was a week long, and surveyed areas off the Big Sur Coast in the proposed Chumash Heritage National Marine Sanctuary; areas that are notoriously understudied.

On this collaborative research cruise we were fortunate to have a few members of the Northern Chumash Tribal Council, the Northern Chumash Bear Clan and the Hispanic Access Foundation sail with us. To put it mildly, all of the scientists onboard had eye-opening moments as we had the opportunity to hear descriptions of how Chumash people appreciate and understand sounds of marine life.

For example, my Monterey Bay Aquarium Research Institute colleague, Dr. Will Oestreich, was explaining that he and his team had recently discovered that "formerly thought to be solitary" blue whales produce special vocalizations that indicate to each other that it’s time to migrate to another location. Our Chumash colleagues spoke up and shared that, indeed they do, and they are called “traveling songs.” And more—there are unique songs for all kinds of behavior, like mourning songs, as well as songs mothers use only to connect with their calf, and songs of danger.

These are outside of the grasp we, as marine ecologists, have on this subject. It was a powerful reminder that the amount of traditional ecological knowledge that Indigenous Peoples hold is immense. And further, it transcends anything our fragile hydrophones can ever record.

Humans began recording sounds in the ocean at least as far back as World War II, but actually, we have been studying ocean sounds for much longer than that. For example, the Chumash and other Indigenous groups have inhabited the California coast for 20,000 years or more. Their lives have been intertwined with ocean life for much longer than we’ve been eavesdropping with hydrophones, and this is really important. Today, we have a lot to learn from these groups who have different ways of interacting with the natural world, and who don’t experience the barriers between land and sea like Western scientists might.

We know we are late to the game, we’ve got a steep learning curve, and that we’ve got a lot of catching up to do. But it gives me great hope that, collectively, we can piece together our understanding of the underwater world in meaningful ways that I hadn’t quite imagined bounded by my scientific training.

They say to be a good listener you should listen to understand, not to answer. That rings true to me now more than ever.

Previous: Sound Bytes: Why We Look at Sound, and How You Can Help! 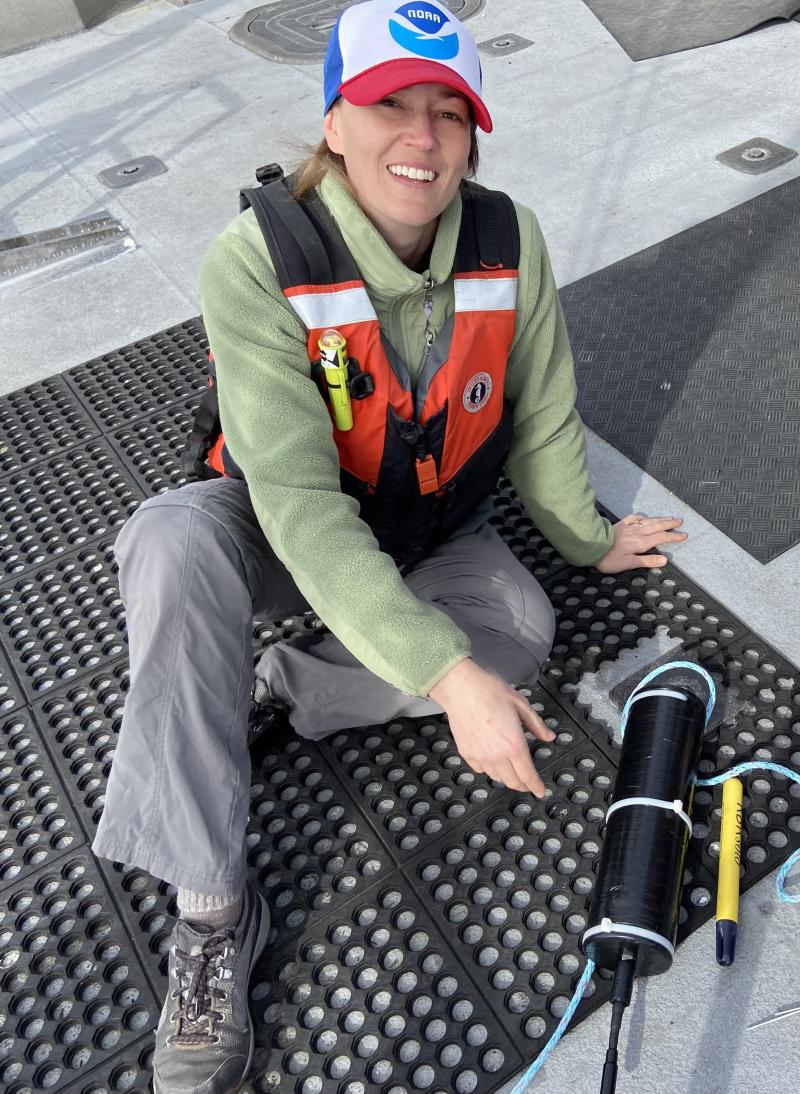 Lindsey is a marine ecologist working with NOAA’s Office of National Marine Sanctuaries Science and Heritage Division. She supports a team of agency and academic partners monitoring underwater soundscapes in and around sanctuaries along the U.S. west coast. Lindsey is passionate about using non-invasive, integrative approaches to study marine life across seascapes, and using collaborative and open science to support the management of natural resources for a sustainable, equitable future.