Alaska fisheries researchers are attaching acoustic tags to Alaskan red king crab and following their movement with a saildrone. They will use this information to better understand Bristol Bay's red king crab distribution and habitat during the year. 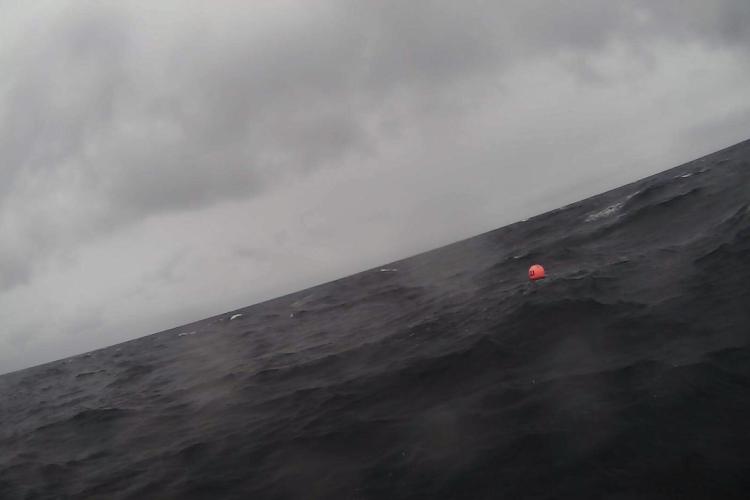 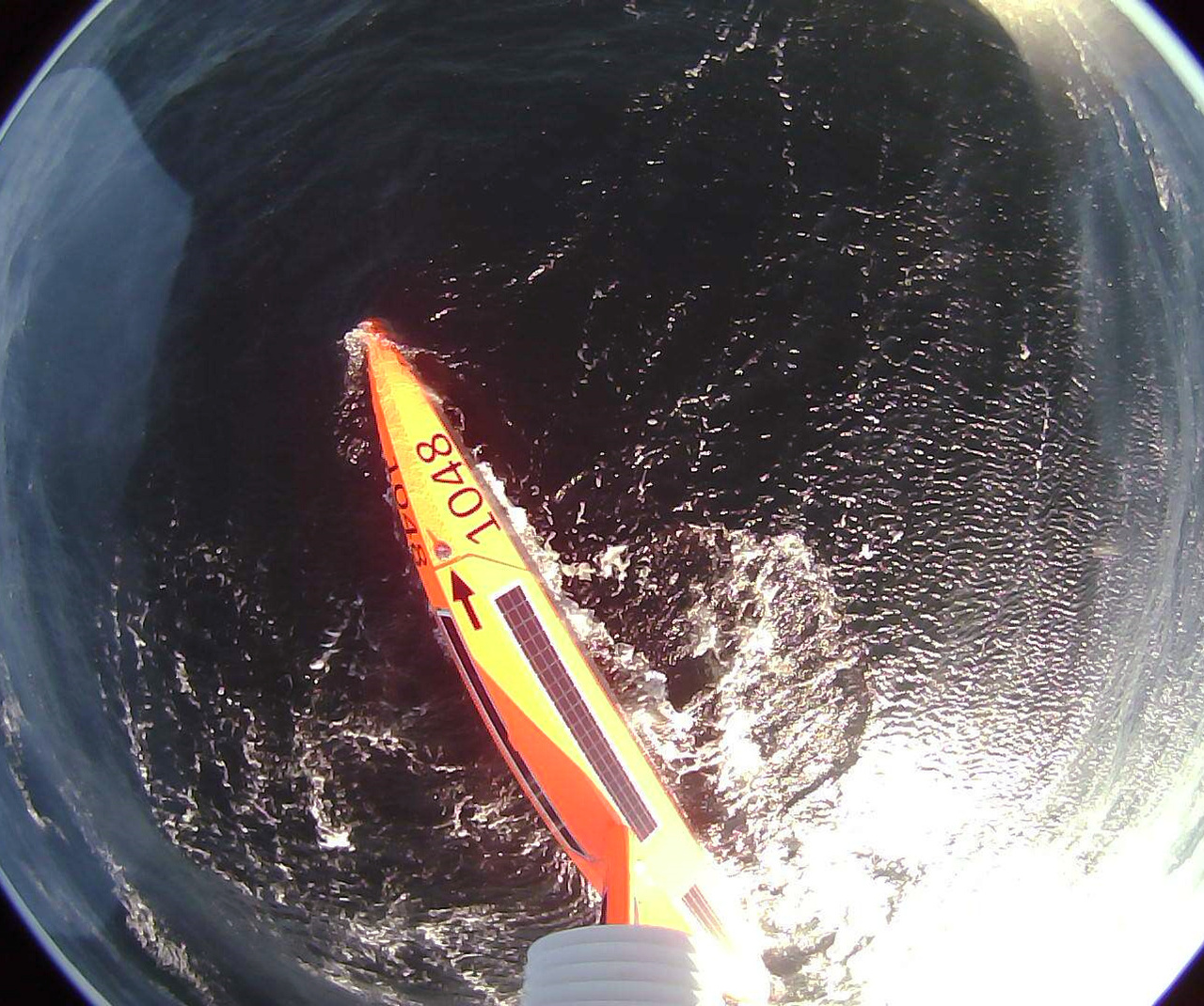 The wing camera on a Saildrone takes a hull photo as it heads back to Dutch.

What an October we’ve had out on the Bering – 50 knot winds, lots of crab tags and the start of the king crab fishery! We’ve finished up our autumn search effort to re-find tagged crabs and the Saildrones are headed back to Dutch Harbor. Together they covered about 3,500 nautical miles, going back and forth across Bristol Bay. We were able to re-find 50 of the tagged crabs (30 percent). Now, maybe you’re thinking that is not very good – but, it is actually a huge success! Re-finding an individual animal in an area as big as Bristol Bay is like looking for a needle in a haystack. It is really hard! Traditional tag and recapture studies (without drones), are generally considered successful if 5-10 percent of the tags are returned, so we did great!

We had a lot of support from the red king crab fishermen and observers! When a tagged crab comes up in a crab pot, the boat captain and crew help us out by releasing the crab back into the ocean. They have also provided the capture coordinates and tag number. This adds to the dataset we have from the Saildrone on crab movement! 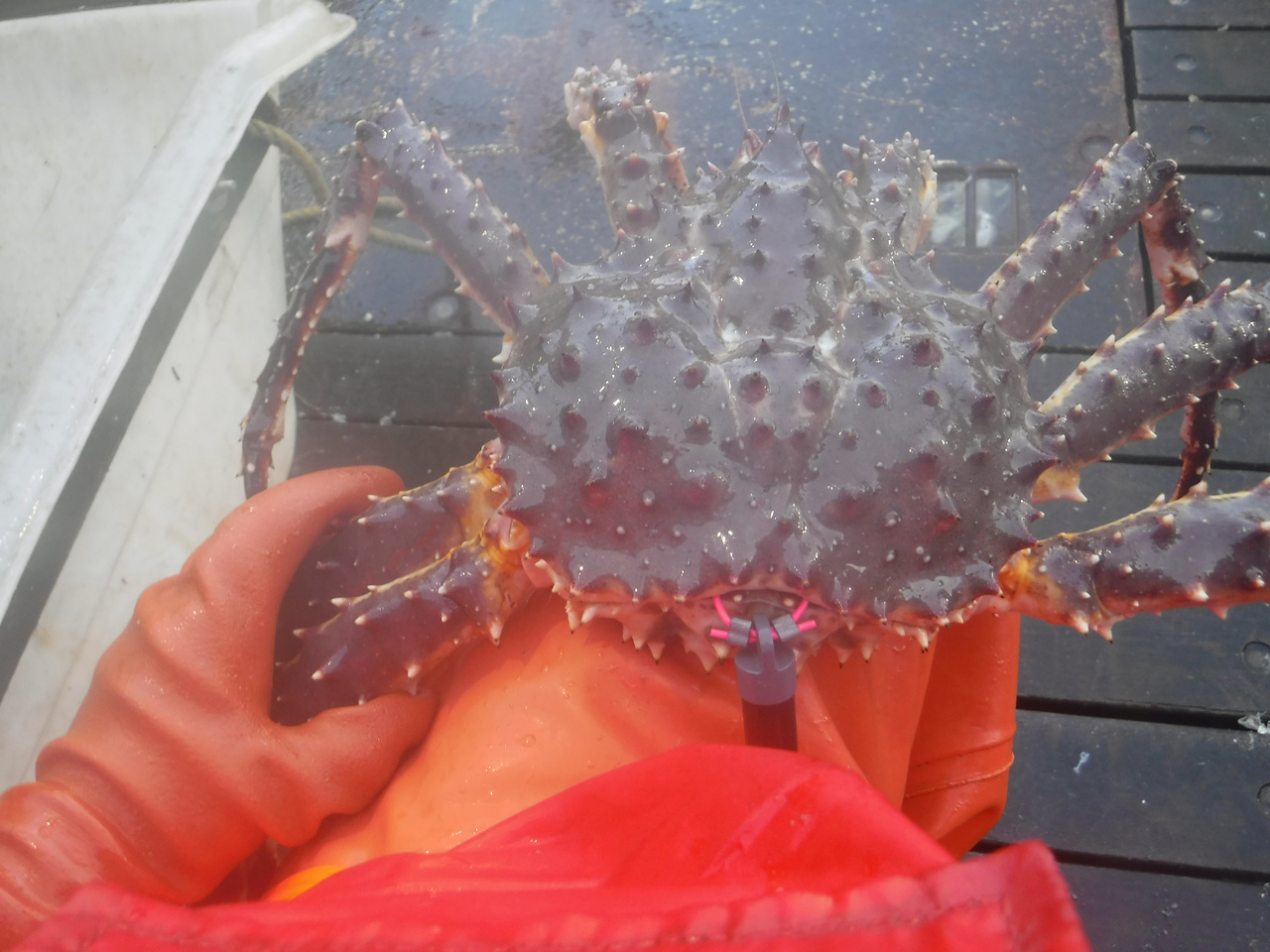 A tagged crab that was caught and returned to the sea during the 2019 Bristol Bay red king crab fishery. Photo courtesy of an ADF&G observer.

When a science project is just about over, I always feel like that is when the real work begins. I have lots of data on crab movements. Now, it’s time to figure out what it all means!

The legal-sized Bristol Bay red king crab population is the lowest it has been since 1985 so there is a lot of concern that the fishery will have to close soon. The problem is compounded because it doesn’t seem like there are many youngsters ready to fill in the void.

I hope that by understanding where these crab live and how they move through the seasons, we will be able to protect them and their habitat in the future. For now I will leave them to their crabby ways. We’ll check back in on them in the early spring when the drones are sent out again to see where they have wondered. 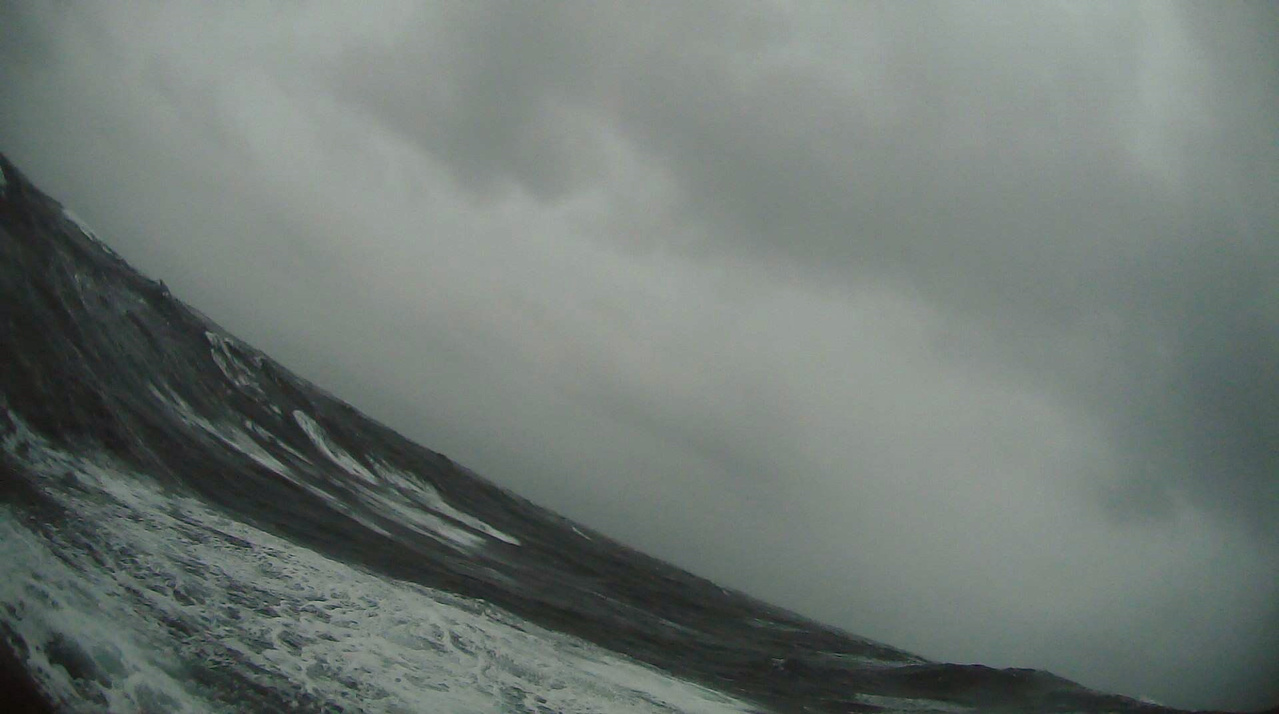 Photo taken by a Saildrone during a storm in Bristol Bay. 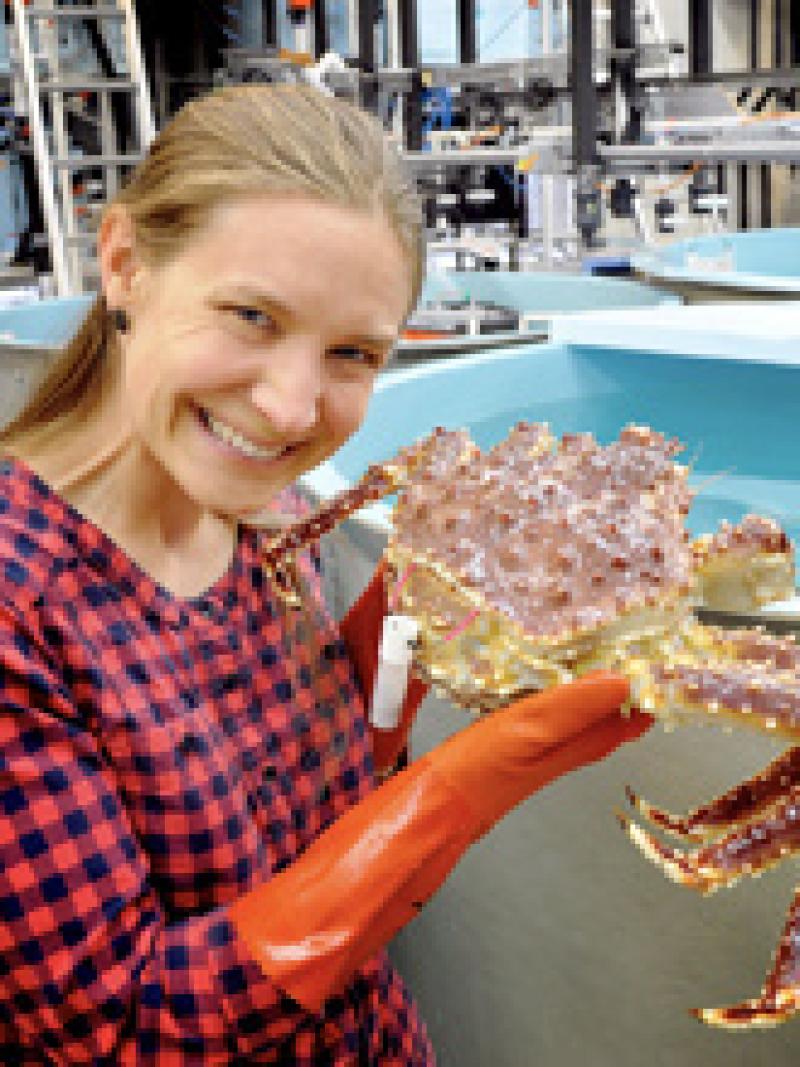 As the climate changes, Alaska fisheries researchers will be attaching acoustic tags to Alaska Red king crab and following their movement, with a Saildrone. They will use this information to better understand Bristol Bay's red king crab distribution and habitat during the year.