Recovering instruments and collecting blood samples to gain a wealth of new information. 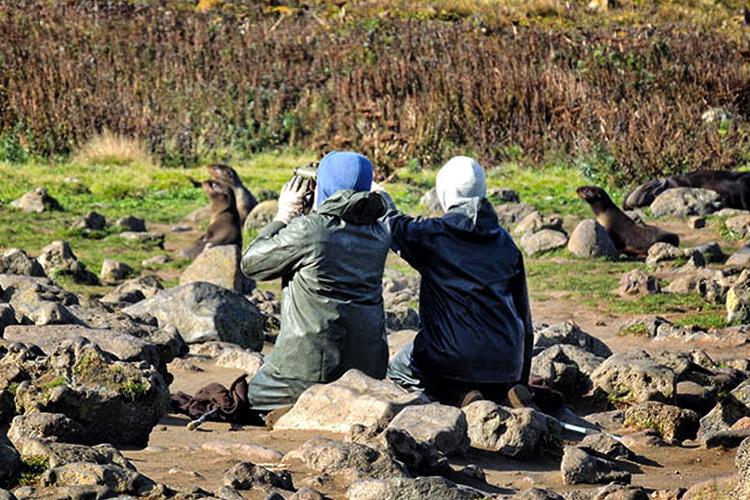 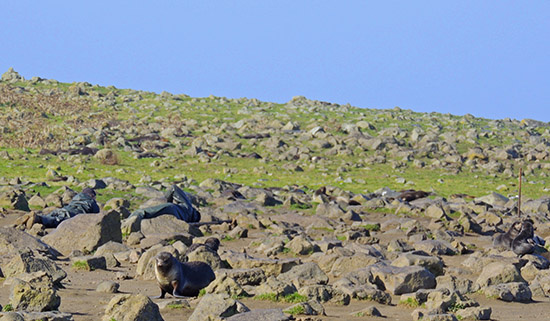 Scientists (left) slowly make their way across the rookery to recapture an instrumented female.

I’m back on St. Paul Island and fur seal recaptures are well underway. We started the work on Thursday and have already recovered 22 instruments! It’s been an intense couple of days but we are happy to be ahead of schedule.

Catching fur seals this time of year is much different than catching them in July. The box has been put back into storage. Now we are spending much of our time on the ground, crawling amongst the fur seals. 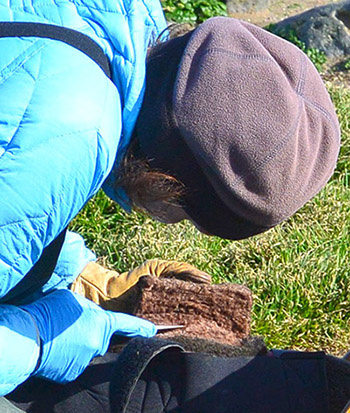 Carey removes a tracking instrument by cutting the top layer of hair beneath the tag.

Once an animal is caught, her tracking instruments are removed by cutting the top layer of hair just under the instrument. This layer is called the guard hair and it will regrow after the fur seal goes through her annual molt in October. We also collect external or morphometric measurements, including the animals’ weight and length, and take a blood sample. The blood will be used in a variety of studies, including: an assessment of general health, a study investigating mercury levels, and research measuring stable isotopes as a method for identifying foraging locations.

While mother fur seals are out at sea feeding, their pups are spending time sleeping, playing, and roaming the rookery in little pup packs. This makes the pups a little harder to catch. And since pups are not marked in any way, it’s also difficult to match mothers with their rightful pups. An instrumented mom and her pup are often surrounded by a number of other pups awaiting their moms’ return. But despite this challenge, we have been quite successful and captured 12 mother-pup pairs so far. 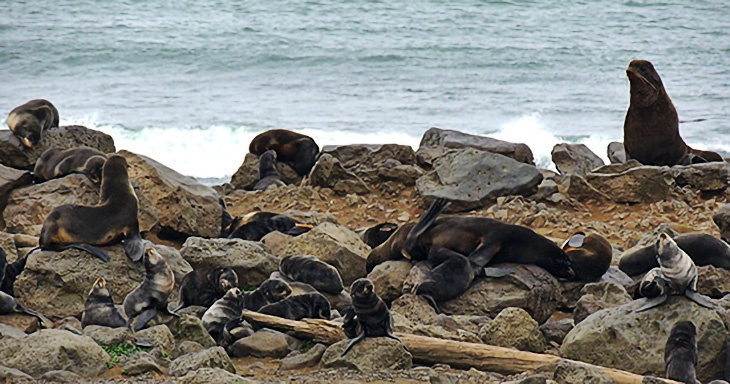 Nursing mother and pup pairs surrounded by other pups awaiting their mothers' return.

The ten other recaptured females were not with their pups when we caught them. So, as we wait for the remaining instrumented females to return to the island, we will try to catch as many of those pups as we can. Pups are an important part of the study because we can use their weight gain over the summer to determine how successful their mothers were during foraging trips. The largest pup to date was 34 pounds, more than double what he weighed in July.

Since the majority of the instruments have been recovered, we expect the remaining animals to trickle in over the next few days. Check back next week for more instrument recovery updates. Will we meet our goal? I’ll also share a glimpse of the data that we collected this year!