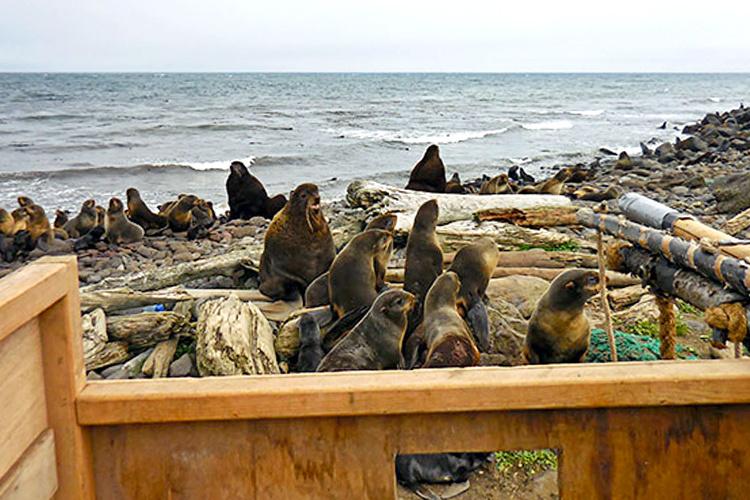 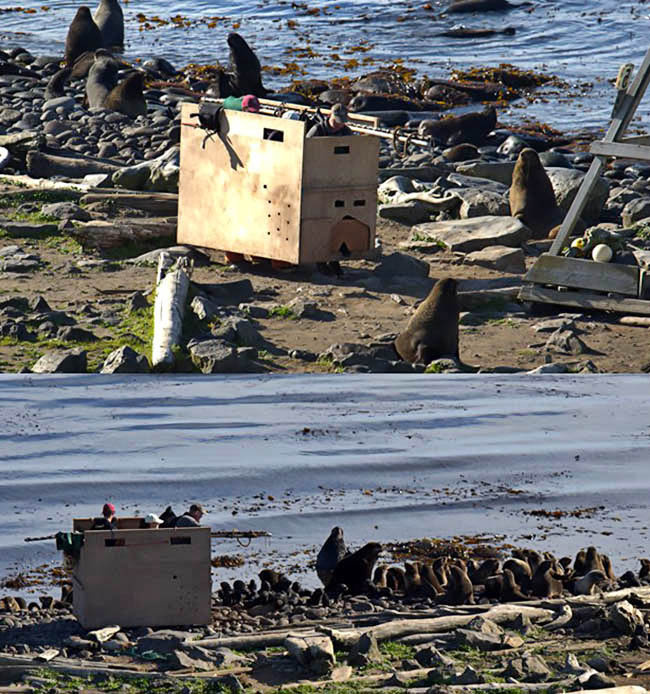 Today the team is heading home to Seattle after a very successful field session. But I’ll be coming back in September to complete the study. For this first leg, we reached our goal and captured 30 fur seal mother-pup pairs and deployed 30 satellite tracking instruments on the adult females. We were pretty excited about that 30th fur seal. As of today, all but four of the fur seals are out to sea on their first summer foraging trip of the year. The remaining four will likely leave in the next day or two.

I mentioned in the last post that I’d tell you how we catch the fur seals. It’s not easy during the early breeding season (July) since male fur seals are aggressive about holding territories and keeping females within their harem, or group of females.

We use what we call the “box” or “tank” to move into the rookery, between harems, and work on an animal. I can’t help but think of the Flintstone’s car as we pick up our box and drive it into the rookery each day. Often, we can position the box right next to a harem with minimal disturbance. 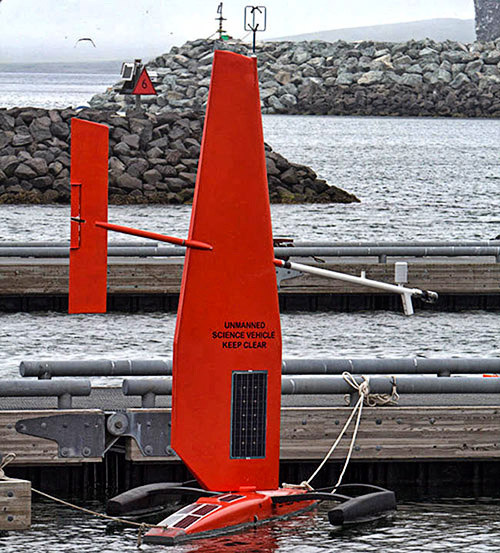 A Saildrone, an uncrewed boat, docked at St. Paul Harbor.

We then select a female and pull her into our box leaving her head out, facing the harem. This year we also collected each female’s pup to get its weight measurement. This will help us track the pup’s growth over the season which is linked to mom’s success finding food. The more fish a female fur seal can find, the more milk she can give her pup.

Now that most of the females are out at sea, the tags are collecting detailed diving data which are stored on the device until I can recover them. The tags also send location information through satellites so we know where the fur seals are and we can watch the fur seals’ movements in relation to the two Saildrones that are measuring fish densities.

Currently, each Saildrone is following a grid pattern that we had established before tagging the females. But as the season progresses, we can adjust the pattern to make sure the Saildrones are sampling the feeding areas that our tagged fur seals are using.

As I said, I head back to St. Paul Island in September but I’ll be with a different team of researchers. We’ll recover all of the satellite tracking instruments and see how much the pups have grown.