Who are you? Who, Who? Who, Who? Studying a cryptic marine mammal species by eDNA 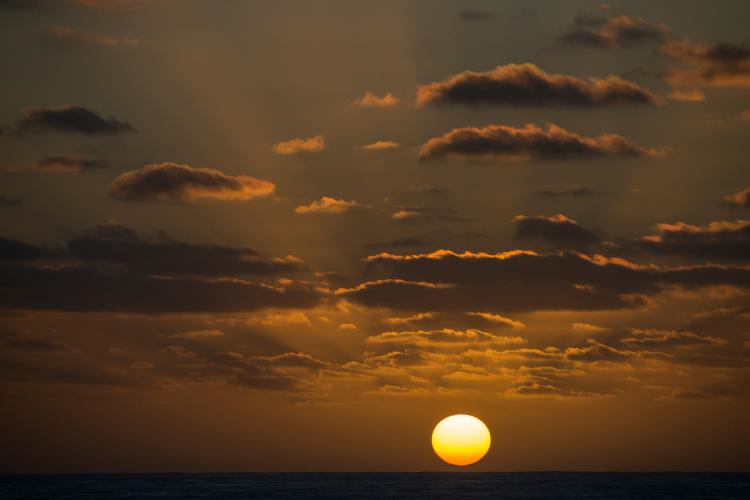 In the words of The Who, I am reminded of a catchy tune: “Who are you? Who, who, who, who?” As we search for the identity of a mysterious beaked whale, I just can’t help but find this to be the most fitting theme song for my expedition to the central Pacific Ocean. In mid-October, I had the exciting opportunity to participate in the Hawaiian Islands Cetacean Assessment and Ecosystem Survey (HICEAS) aboard the NOAA Ship Reuben Lasker. This was a special opportunity, not only because it was my first pelagic research cruise, but I also had the opportunity to participate in a project using environmental DNA (eDNA) to study a cryptic marine mammal species.

The HICEAS expedition is a huge collaborative effort to study dolphins, whales, seabirds, and the ecosystem of the Pacific Ocean around the main and Northwestern Hawaiian Islands. The entire HICEAS effort will span a total of 187 days aboard two NOAA Ships, the Oscar Elton Sette and the Reuben Lasker. Both ships made multiple trips, or ‘legs,’ to cover the entire study area; my 25-day involvement in HICEAS was on Leg 3 of 4 on the Lasker. My primary duty was to participate in a project to study the mysterious ‘Cross Seamount beaked whale.’ At Cross Seamount, which is located approximately 150 nautical miles south of O’ahu, unique beaked whale vocalizations have been consistently recorded, but they have yet to be associated with a known species. Compared to the more than 75 different whale, dolphin, and porpoise species that make click-type (or echolocation) noises, the clicks recorded from the animals at Cross Seamount have distinctive beaked whale characteristics. That is, they have a frequency sweep within the click and are very long in duration relative to the clicks produced by most dolphin species. The whale’s true identity has yet to be determined, but it has been affectionately referred to as the ‘Cross Seamount beaked whale’ because that is where it was initially recorded in 2005. These clicks have also been recorded at other sites across the tropical waters of the central and western Pacific. The distribution of those recordings suggests that this is a beaked whale species in the genus Mesoplodon, although this project aims to resolve this mystery once and for all.

The location of Cross Seamount in the HICEAS study area, which is the entirety of the U.S. Exclusive Economic Zone around Hawaii (blue line). The red shading is a focus area around the main Hawaiian Islands, and the area shaded in green is the Papahānaumokuākea Marine National Monument, with darker shading showing where the Monument was expanded in 2016. Credit: NOAA Fisheries

Since beaked whales are generally difficult to see (even in low sea states), and these unidentified vocalizations occur almost exclusively at night, previous efforts to pair acoustic detections with visual observations have had little success. The HICEAS 2017 team wanted to explore other options for identifying this species, and collection of eDNA offers an opportunity to obtain genetic confirmation of the whale generating these calls. In an attempt to identify the cryptic Cross Seamount beaked whale to species, the team collected seawater samples at several depths in places where the acoustics team was hearing Cross Seamount beaked whale signals, and at several locations over Cross Seamount itself, in hopes of capturing a speck of tissue (like sloughed skin) the elusive whale left behind in the water. Seawater was collected at the surface and at a range of depths (0–1,000 meters deep) with a conductivity-temperature-depth (CTD) unit, which has sensors for making oceanographic measurements and bottles for collecting water samples throughout the water column. The CTD was also outfitted with an acoustic recorder to evaluate whether Cross Seamount beaked whales were heard during the time of the seawater collection.

Acousticians Shannon Coates (Lead for the Lasker) and Jenny Trickey show off the CTD equipped with an acoustic recorder and the seawater collection system for the Cross Seamount beaked whale eDNA study. Credit: NOAA Fisheries/Suzanne Yin

The HICEAS team conducted these enhanced CTDs on all three legs of the Lasker, collecting over 170 liters of seawater. The seawater samples were frozen following collection, awaiting my arrival on Leg 3. Once I was aboard, I defrosted and then filtered each of the samples through a polycarbonate filter, which is a special type of filter paper, to concentrate the DNA in the sample. Once the seawater was reduced on the filter paper, the paper was folded and spiraled into an ice cream cone-like shape and then placed into a microtube. A preservative called Longmire’s solution was added for storage and later transport back to the lab. After docking, the samples will be sent to Dr. Scott Baker and his team at the Cetacean Conservation and Genomics Lab of Oregon State University, who will investigate the genetic material in these samples. Check out the DNA Surveillance website to learn more about this process. These methods have been successful for identifying other marine and terrestrial species, so stay tuned to see what we will find! “Oh I really wanna know. Oh tell me who are you,” beaked whale? “you, you, you, ah you?”

Lauren next to the laboratory setup of the filtering equipment and holding a filtered seawater sample secured in a microtube. Credit: NOAA Fisheries/Anne Simonis

Lauren Jacobsen is a Lab Associate with the Bioacoustics Research Program at Cornell University and practices veterinary medicine in western New York. She participated on a leg of HICEAS 2017 as a visiting scientist.

Lauren’s trip was funded by the Office of Naval Research and made possible by the collaborative efforts of the Pacific Islands and Southwest Fisheries Science Centers, Cornell University, and Oregon State University.

Previous: HICEAS Hilite: Dolphins from the Outer Limits Next: From Two Ships to One: The Penultimate Leg of HICEAS 2017