The 2019 Winter CalCOFI survey is scheduled for February 6–13, 2019, aboard the NOAA Ship Reuben Lasker.

The NOAA Ship Reuben Lasker will attempt to occupy 31 scheduled station locations around the Channel Islands and shoreward. Researchers will be using a variety of survey methods, including CTD data, plankton tows, acoustic data, and a continuous underway fish egg sampler to gather information for the sardine stock assessment to evaluate the current health of the California Current Ecosystem. 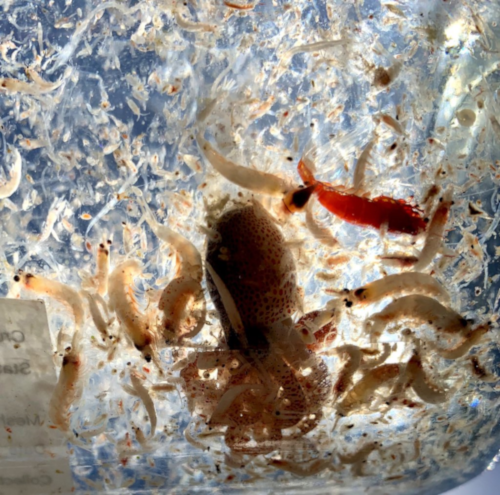 The NOAA ship Reuben Lasker and crew returned to San Diego on February 13 after completing an abbreviated Winter California Cooperative Oceanic Fisheries Investigations survey. The survey was originally scheduled from January 7-24 but was put on hold during the government shutdown earlier this year. Staff at the Southwest Fisheries Science Center were able to salvage part of the pattern and conducted a shortened survey over an eight-day period. The cardinal lines of 90 and 80 were completed out to station 100 while lines 87 and 83 were occupied just out past the Channel Islands. In addition, the deep Santa Barbara Basin station was occupied for a total of 29 stations out of a planned 31. This partial pattern allowed us to preview the northern anchovy (Engraulis mordax) spawn inshore and around the Channel Islands which appears to be a very strong year class. In one continuous underway fish egg sampler sample just west of San Nicolas Island, approximately 2000 northern anchovy eggs were collected in a 30-minute sample. This should make for a very busy spring and summer survey. View more photos of the cruise. 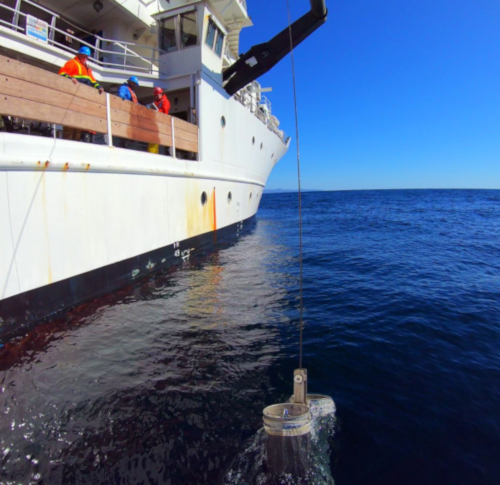 The winter California Cooperative Oceanic Fisheries Investigations survey came precariously close to cancellation this year due to the government shutdown. Originally scheduled to depart on January 7 and return January 24, the Ship Operations group has pulled together a very abbreviated survey which will last eight days instead of eighteen.  If all goes as planned, the group will be able to occupy the two cardinal lines of 90 and 80 and survey the waters around the Channel Islands and shoreward by occupying lines 86.7 and 83.3. This shortened survey will at least give us a glimpse of the initial northern anchovy spawn which generally peaks in mid to late February. The NOAA Ship Reuben Lasker will depart from the 10th Avenue Marine Terminal on February 6 and return on February 13. If interested, you can follow their progress here.