You Can Learn A Lot by Towing Two Nets at Once

Researchers and fishermen are at sea experimenting with the scientific survey net used for the world's longest-running bottom trawl survey to improve what we know about how well it captures flat fish like flounders. 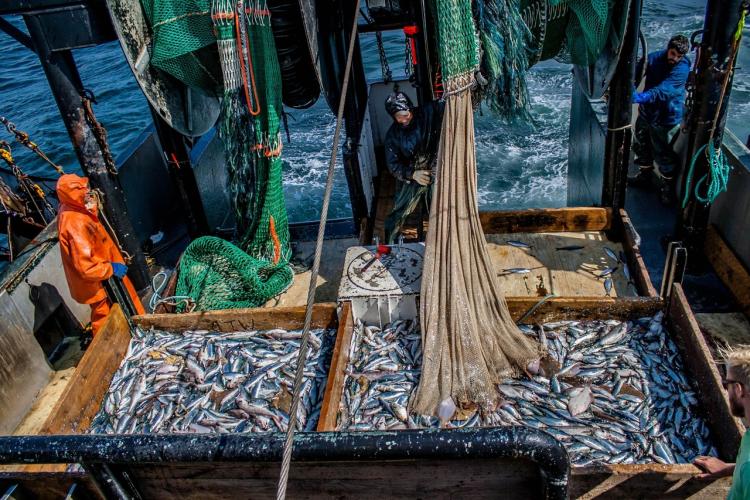 Scientists and fishermen boarded the F/V Karen Elizabeth on September 12, 2019 with a joint mission: conduct a study of the NOAA Ship Henry Bigelow’s trawl net used for the twice-yearly scientific survey of the Northeast shelf. The Karen Elizabeth can tow two nets at once, making it the perfect platform for examining net performance under different conditions.

The study is focused on how the net performs at different spreads, and what differences in catch can be attributed to that spread. The "spread" is how widely the net opens. There are four target species. Gulf of Maine witch flounder and American plaice occur in deeper water. Southern New England winter flounder and windowpane flounder occur in shallower water.

The study was designed by the Northeast Trawl Advisory Panel. This is the fourth experiment looking at the survey net's performance using the Karen Elizabeth's twin-trawl capability. Our science center has a team of people who work with the panel to develop and complete research projects.

Dominique St. Amand was chief scientist for this leg and sent us this journal with photos by fellow scientist Calvin Alexander. Both work in our Cooperative Research Branch.

We left Pt. Judith, Rhode Island around 11 am to begin Leg 1 of this study.  Since the weather will be unfavorable for the next 2 to 3 days we will be staying close by Block Island targeting fluke, winter flounder, and sand dab flounder.  This scenario is working well for us as we have a few kinks to iron out with the gear and the data collection software. So far catches have been dominated by winter skate, and little skate, baby dogfish, fluke, black sea bass, and winter flounder with a few sand dab flounders mixed in. Chris Parkins from the Rhode Island Department of Environmental Management is also with us, along with several staffers from our Cooperative Research Branch. 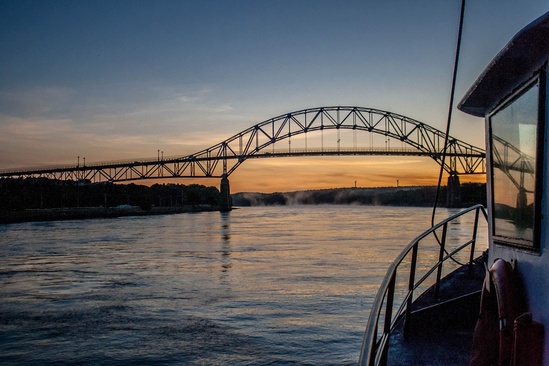 Not much has changed for Day 2 weather-wise with some wind and rolling seas. Sampling continued in Southern New England waters off of Block Island before we steamed to southern Nantucket. The catch was dominated by butterfish, scup, winter flounder, and little skates. We also sampled the targeted species of winter flounder, summer flounder, windowpane flounder and a few yellowtail flounder. The summer flounder catch was very significant later in the day with larger individuals being sampled. We then headed to the Southern Gulf of Maine via the Cape Cod Canal where the survey will resume on Day 3.

It was a tad bit calmer of a day as we arrived in the Gulf of Maine just north of Race Point on Cape Cod. The catch today was consistent – haddock, haddock, and even more haddock! Other visitors were large amounts of red hake, and the first appearances of witch flounder and American plaice, which are the two deep-water flatfish we are targeting for this survey. The large amounts of hake and haddock are keeping us plenty busy, but this area should hold a couple more surprises for us! 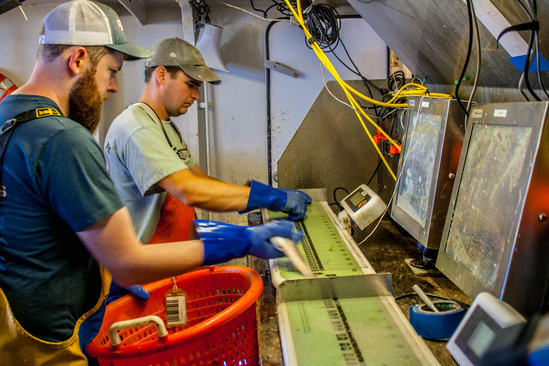 Last night was rainy but otherwise calm, and we enjoyed sunny skies and flat seas all day today. We continued to find a good mix of our target flatfish species with each tow. Progress was initially slow as we continued to catch large bags of haddock and red hake off the southwest corner of Stellwagen Bank, but the pace picked up when we moved to the next site off of Boston. After making those tows, we headed toward deeper water to the west of Stellwagen Bank so we could start making tows with the net spread overly wide. We’re expecting to see more witch flounder and American plaice, our target species in deep water.

Crews aboard the F/V Karen Elizabeth have been working diligently over the last few days to quantify catches from both the experimental and control nets.  Today, our main objective is to target deep-water sites for witch flounder and American plaice.  Captain Chris Roebuck has been steadfast in finding us the right fishing grounds and his experience has once again proven vital to our success. We’ve been catching large numbers of both species with good size variation among the catch. We also have been catching the ever-elusive northern shrimp. Upon stomach examination we find that the cod we’ve captured have been gorging themselves on the tasty critters. Today‘s weather conditions have been great. There was a little breeze this morning that created a choppy sea state, but it soon laid down for a very nice afternoon on the water. We’re currently fishing in 40-75 fathoms Northeast of Cape Ann and just south of the Isle of Shoals, Maine. 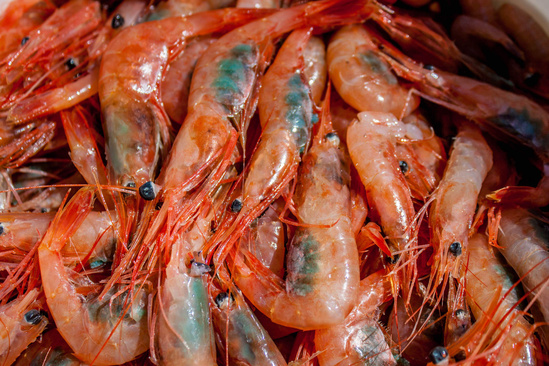 Today’s sampling continued in the Northern Gulf of Maine. The crew on the overnight watch experienced yet another wonderful sunrise in calm conditions. We’ve finally gotten that seasonal cool autumn air overnight into the mornings; safe to say, it is the end of summer. The catch composition varied throughout the day as we moved toward the central Gulf of Maine. We’ve sampled most of the target flatfish species today. We also encountered a couple Atlantic torpedo rays and numerous hagfish.

The trip is coming to an end as we finish up in the shoal water just off the coast of Cape Ann, Massachusetts. Here we are targeting yellowtail flounder, American plaice, and winter flounder for treatments of the net towed with a narrow spread.  In these shoals, we have encountered a significant amount of small, juvenile American plaice which could mean there is a strong year-class for this species. We also saw signs of small witch flounder, and that is equally encouraging. We plan to leave the area around 4 am Thursday to return to the dock in Pt. Judith, Rhode Island.

No fishing took place during daylight hours as we had a 14-hour steam back to Pt. Judith, Rhode Island.  We reached the dock at 5:45 pm Thursday. Leg 2 of this study departs on Monday, September 23, 2019. 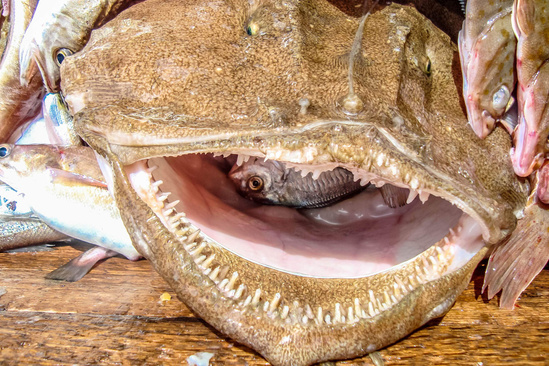 This goosefish was captured while snacking on a butterfish during the 2019 twin-trawl wingspread study aboard the F/V Karen Elizabeth. Photo: NOAA Fisheries