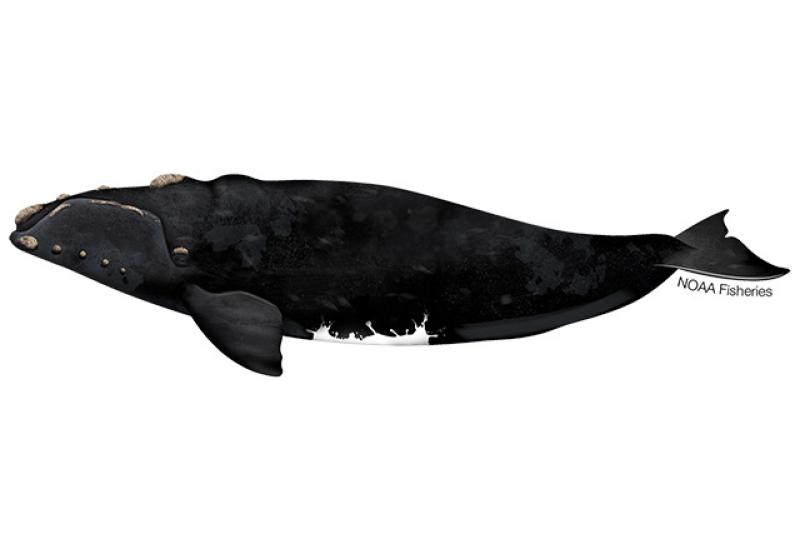 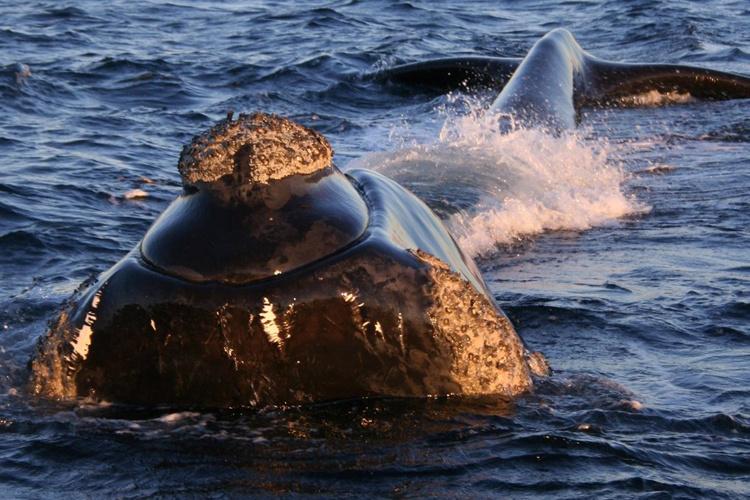 Southern right whales have a stocky, black body often with white belly and chin patches and a large head covered in callosities. They lack a dorsal fin and have wide, paddle-shaped flippers. They range in length between 43 to 56 feet, and weigh up to 176,000 pounds.

Southern right whales primarily feed during austral summer in high latitude feeding grounds in the Southern Ocean, where they use their baleen to “skim” copepods and krill from the water.

Southern right whales are distributed throughout the Southern Hemisphere from around 20 degrees South to 65 degrees South. These whales migrate between high-latitude feeding areas in the austral summer and low-latitude breeding grounds in the austral winter. Populations around South America , South Africa, New Zealand, and Australia are relatively well-studied. 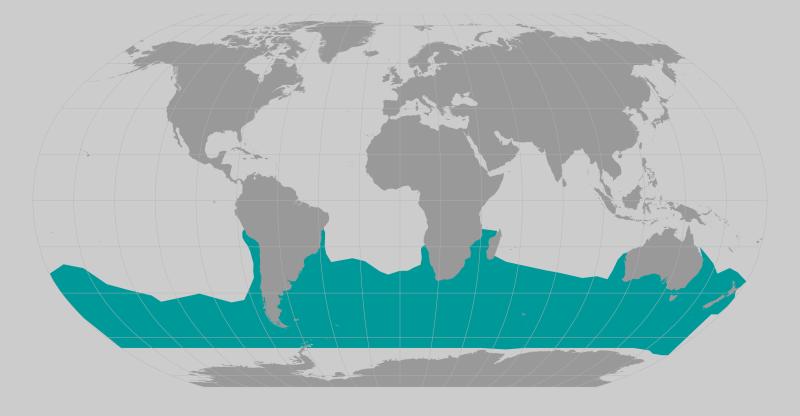 The lifespan of Southern right whales is currently unknown but likely similar to North Pacific and North Atlantic right whales, who can probably live for at least 70 years. Females usually give birth to their first calf between eight and ten years old and gestation takes approximately one year. Calves are 16 to 20 feet long at birth and wean at approximately one year of age, and females reproduce every three to five years. Mating likely occurs in winter in the low latitude breeding and calving grounds.

Southern right whales were hunted extensively by the whaling industry until around the 1960s. Several breeding populations have recovered since then, while others have not. Current threats to southern right whales include entanglement in fishing gear, vessel strikes, industrialization of coastal and marine habitats that can result in habitat degradation, ocean noise, and changes in water conditions and dynamics due to climate change. Natural threats include diseases and predation from killer whales and large sharks. Kelp gulls have also been observed attacking these whales, although it is unclear if these attacks are affecting the whales’ populations. Most populations have shown signs of recovery from whaling, but are still small relative to their pre-exploitation abundance. One exception is the Chile-Peru population, which remains small and has not shown signs of recovery. 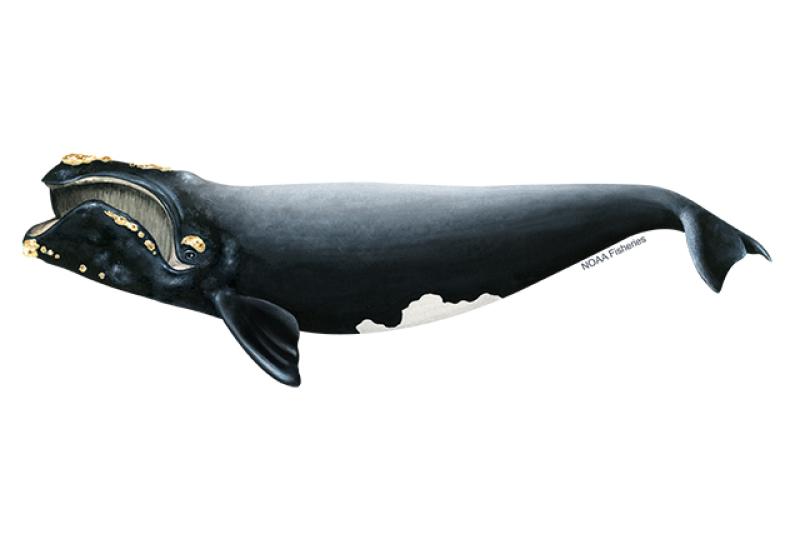 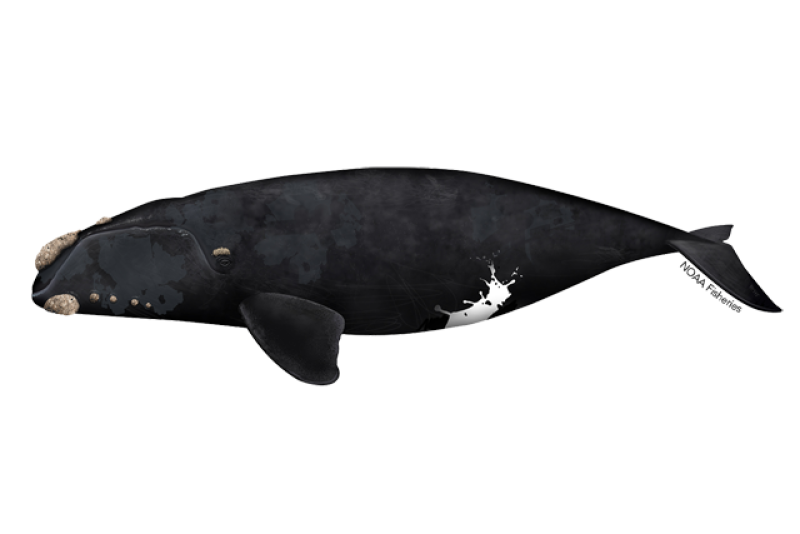 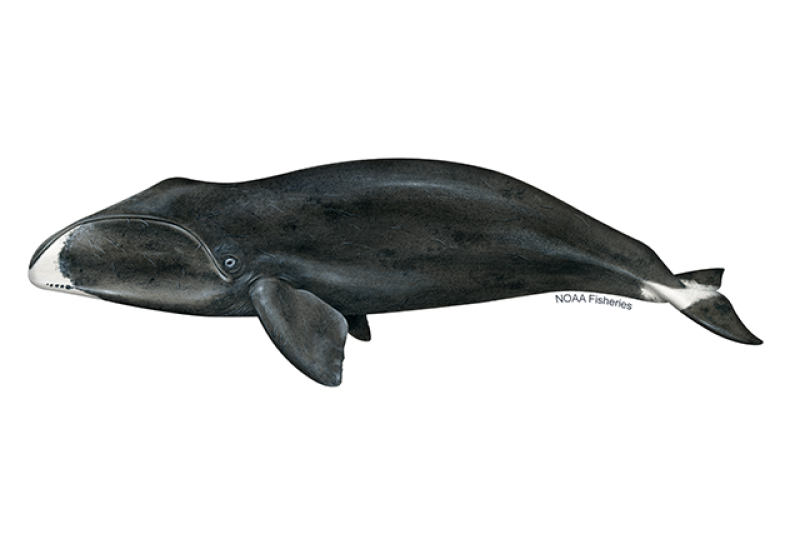 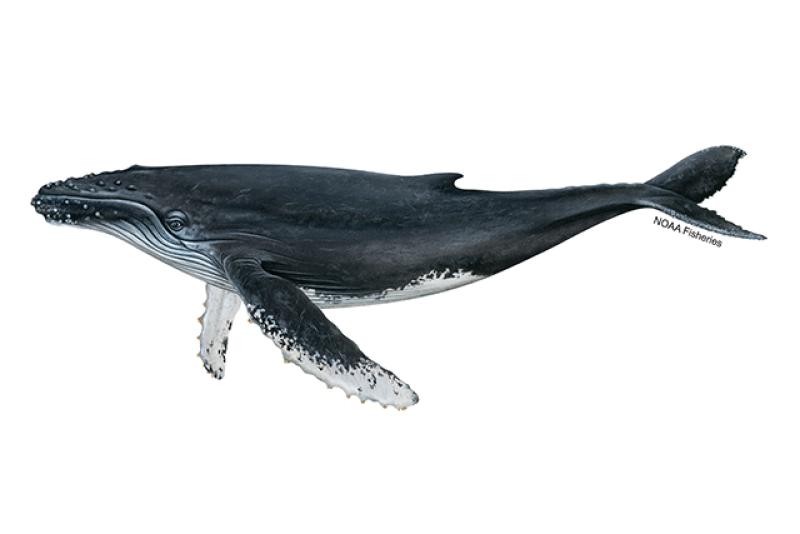 The Southern right whale is listed as endangered under the Endangered Species Act and depleted under the Marine Mammal Protection Act.

We listed Southern right whales as endangered in 1970. We completed a 5-year status review of the species in 2007 and 2015, and recently completed another 5-year review in 2021.

In 2020, NMFS announced the initiation of a 5-year review for the southern right whale (Eubalaena australis). NMFS is required by the Endangered Species Act (ESA) to conduct 5-year reviews to ensure that the listing classifications of species…
Notice
,
National

NOAA Fisheries&nbsp; issued an incidental harassment authorization (IHA) to the Scripps Institute of Oceanography (SIO) to incidentally harass, by Level A and Level B harassment, marine mammals during a low-energy marine geophysical survey in the Southwes
Notice
,
Foreign

NOAA Fisheries Office of Protected Resources has issued an LOA and regulations under the MMPA to govern the unintentional take of small numbers of marine mammals incidental to fisheries research&nbsp;conducted by the NOAA Fisheries Southwest Fisheries Sci
Final Rule
,
West Coast
Foreign