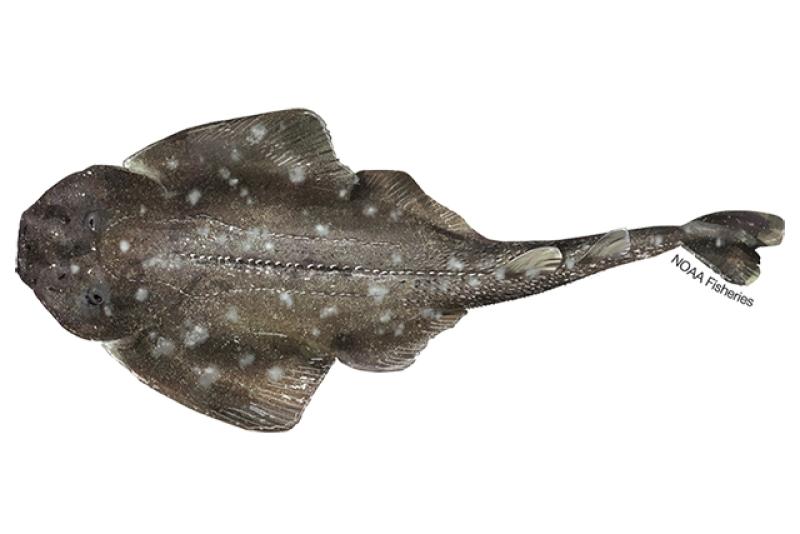 Angelsharks are recognized by their batoid shape (similar to a ray or skate). The spiny angelshark can be distinguished from other angelsharks in the region by the presence of a median row of spines or tubercles on its back. There are 30 to 35 spines, which are short, conical, and slightly recurved, between the head and the first dorsal fin. The dorsal skin is light to dark brown with several white or creamy-white to yellowish large, rounded blotches that are variable in size and symmetrically distributed on the entire dorsal surface.

Spiny angelsharks are ambush predators, meaning they lie in wait for prey to pass closely overhead before attacking. They prefer to eat bony fish but will also feed on crustaceans, molluscs, and polychaetes.

The spiny angelshark is found in the southwestern Atlantic Ocean from Rio de Janeiro, Brazil, to south of Rawson, Argentina. It is a primarily coastal, bottom dwelling angelshark, preferring depths between 26 and 33 feet and occurring in temperatures between 50 °F and 72 °F. The species lives in muddy or sandy bottom substrates and is relatively inactive during the day. This nocturnal activity makes the spiny angelshark more vulnerable to gillnet fisheries, which tend to operate at night. 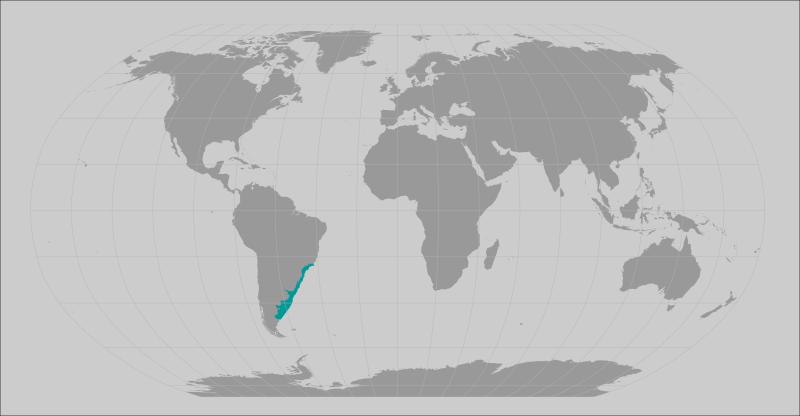 Little is known about the growth and reproduction of spiny angelsharks. The female reproductive cycle is thought to be triennial, with a gestation period that likely lasts 12 months. Gestation begins in the summer (January to February in the Southern Hemisphere) and pupping occurs the following spring (November to December) in depths of less than 66 feet. Litter sizes for the species range between 2 and 8 pups. After pupping, juveniles will remain in the shallow waters for one year before migrating out to the continental shelf.

The spiny angelshark is listed as endangered under the Endangered Species Act.

In 2013, NOAA Fisheries received a petition to list the spiny angelshark as threatened or endangered under the Endangered Species Act. In our 90-day finding, we concluded that the petitioned action may be warranted. After completing a Status Review, we proposed to list the species as threatened and requested comments from the public. In 2017, NOAA Fisheries listed the spiny angelshark as endangered under the Endangered Species Act.

This status review report summarizes the biology, distribution, and abundance of and threats to the…