The Makah Indian Tribe has requested authorization to hunt gray whales, a tradition secured by the 1855 Treaty of Neah Bay. 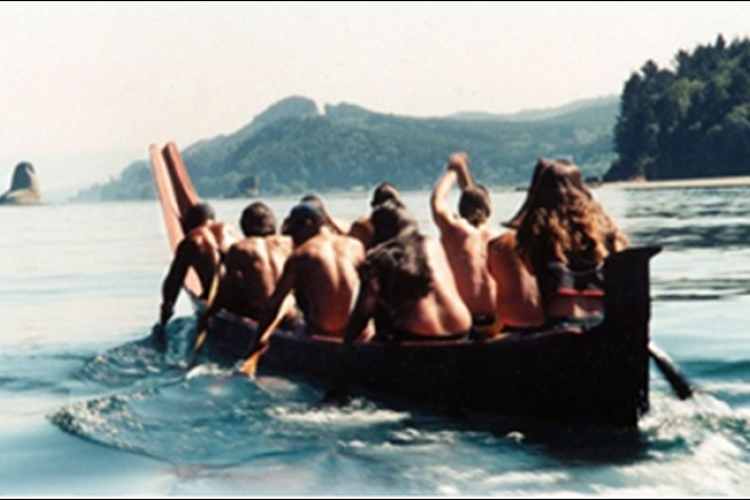 The Makah Indian Tribe has requested authorization to hunt eastern North Pacific gray whales (Eschrichtius robustus). The right to take whales at usual and accustomed grounds is a Makah tradition secured by the 1855 Treaty of Neah Bay.

The U.S. Ninth Circuit Court of Appeals ruled in 2004 that to pursue any treaty rights for whaling, the Makah Tribe must comply with the process prescribed in the Marine Mammal Protection Act for authorizing take of marine mammals otherwise prohibited by the MMPA’s moratorium on take. Under the MMPA, “take” means to harass, hunt, capture, or kill any marine mammal or attempt such actions.

On February 14, 2005, NOAA Fisheries received a request from the Makah for a waiver of the MMPA's take moratorium. We are conducting a full evaluation of the Tribe's MMPA waiver request.

Opportunities for public participation regarding the proposed waiver and regulations

On November 14, 2019, NOAA Fisheries convened a six-day hearing in Seattle, Washington before the administrative law judge regarding the proposed waiver and regulations.

On September 23, 2021, the administrative law judge sent his recommended decision to the Assistant Administrator for NOAA Fisheries along with the hearing transcript and other required documentation. These documents—and public comments on them and a forthcoming supplement to the 2015 draft environmental impact statement (see below)—will inform NOAA Fisheries’ final decision on the Makah Tribe’s waiver request.

On October 18, 2021, NOAA Fisheries announced a 25-day extension to the original 20-day public comment period, with a new deadline of November 13, 2021 to receive comments.

Our first step in evaluating the request was to develop a draft environmental impact statement (DEIS) in accordance with the provisions of the National Environmental Policy Act (NEPA), which we released for public comment in May 2008. In May 2012 we terminated that initial process and began developing a new DEIS in light of substantial new scientific information central to our consideration of the Tribe's request and our NEPA evaluation. In March 2015, we released a new DEIS that considers that new information and public input from our previous requests for comment.

On February 27, 2020, we announced our intent to prepare a supplement to the 2015 DEIS. The supplement will be based on the Assistant Administrator’s consideration of the administrative law judge’s recommendation and public comments on that recommendation.

Below are links to key documents prepared during the NEPA process.

Libraries where you can view the complete 2015 DEIS:

The public comment period for this DEIS expired on July 31, 2015. Public meetings were held as follows: