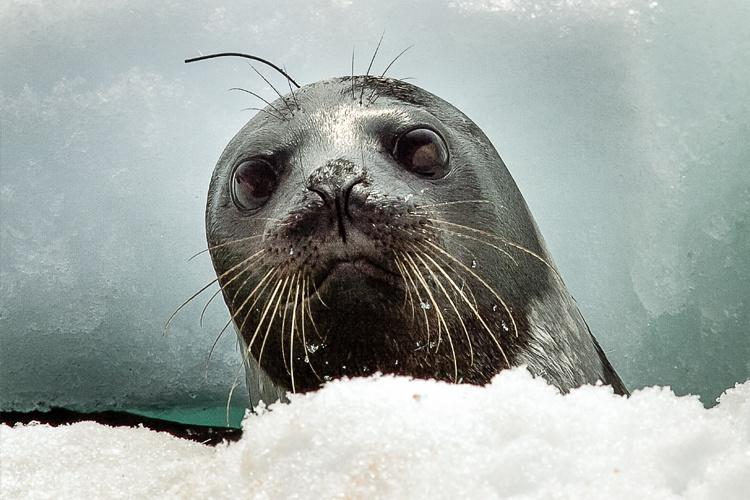 While Alaska Native traditional knowledge about ice seals – accumulated through generations of reliance on seals – is quite detailed for times and areas where seals are harvested for subsistence use, it is incomplete for other times of year and areas far offshore.

Relatively little is known of the seals’ population status, life history, diet, seasonal movements, diving behavior, or harvest rates. We do know that ice seals are highly dependent on suitable sea ice condition and distribution for resting and nurturing their pups.

Concern about loss of sea ice habitat in the current warming climate has been the basis for petitions to NOAA Fisheries for listing all four species as threatened or endangered under the Endangered Species Act.

We conduct several regular surveys and field projects on these species in Alaskan waters to gather information to be used to manage these seal populations.

We use aerial surveys to count and map the locations of the different species of ice seals. We outfit NOAA Twin Otter planes with pairs of cameras, regular and advanced thermal (infrared) imaging, which take thousands of images. Seals can be hard to spot on a vast ice field, but their warm bodies glow brightly against the cold sea ice when viewed in infrared. The images are then analyzed to count seals and learn where the different seal species live. Check out these current maps that show the distribution and range of the four seal species.

Our surveys are timed to coincide with the whelping (giving birth), nursing, and pup maturation season. At that time, much of the marginal ice zone consists of young, thin ice formed late in the winter that is easily broken up and dissipated by ocean swells. This makes it difficult for seals to find stable places to haul out (come out of the water and onto the ice) and challenging for our research team to capture them for tagging.

We attach satellite-linked tags to seals to learn about their movements, behavior, and haul-out timing. This information is critical for calculating abundance estimates from aerial surveys. We study the seals’ seasonal movements and dive behavior to identify important seal habitat.

We tag seals with a hind-flipper satellite transmitter, which provides long-term movement data and haul-out timelines. We also attach head or back-mounted tags to most of the seals using super glue. The tag sticks to their fur and will fall off in a few weeks during their annual molt. These tags provide more detailed information about locations at sea and seal diving behavior. Diving is an indicator of foraging activity and long periods at the surface indicate haul-out and resting behaviors.

We collect length, girth, and mass measurements are collected along with blood, tissue, and fecal samples for studies to record overall health, diet, and genetic relationships. These data form a baseline to assess the future impacts of climate disruption and loss of sea ice can be assessed. 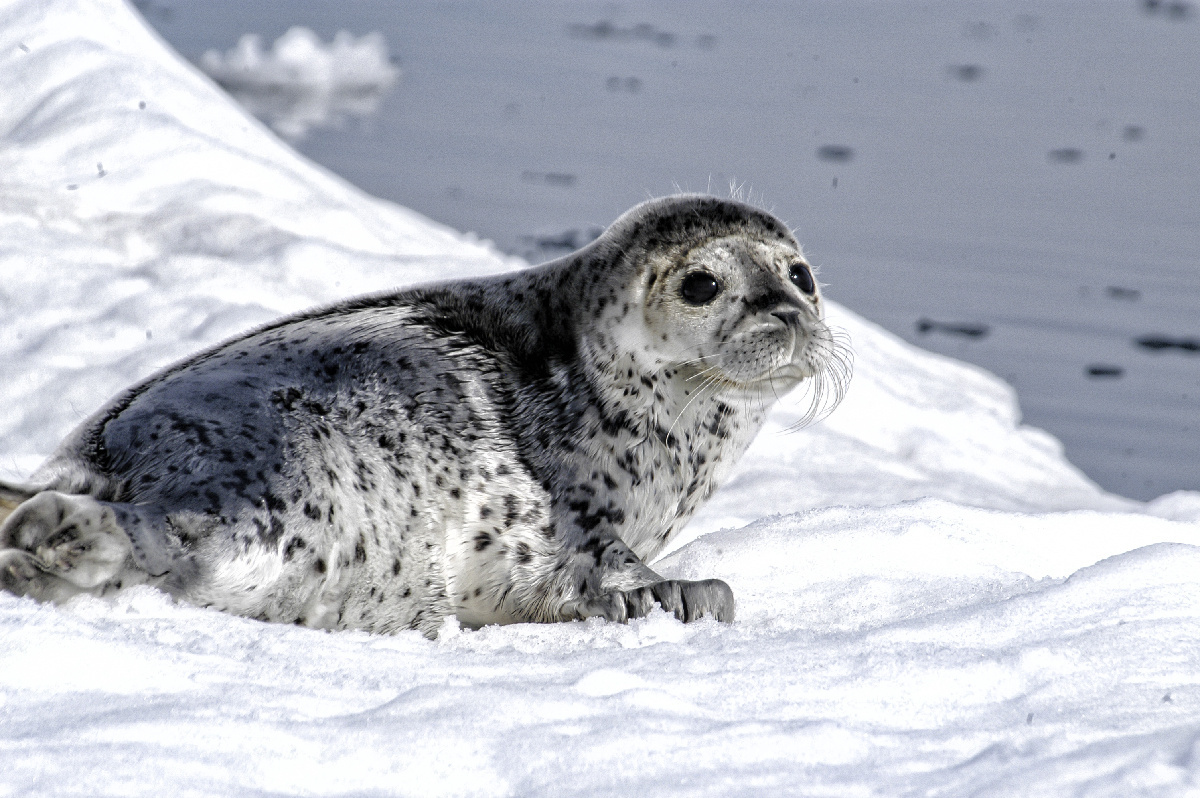 A Spotted seal on the ice in Alaska.

Ice-associated seals are important traditional resources of Alaska Native people in northern coastal communities. Subsistence hunters in these communities have extensive knowledge of ice seals and have contributed traditional knowledge to scientific research and management through interviews, contributions of biological samples, and participation in scientific field projects.

Last updated by Alaska Fisheries Science Center on May 17, 2021