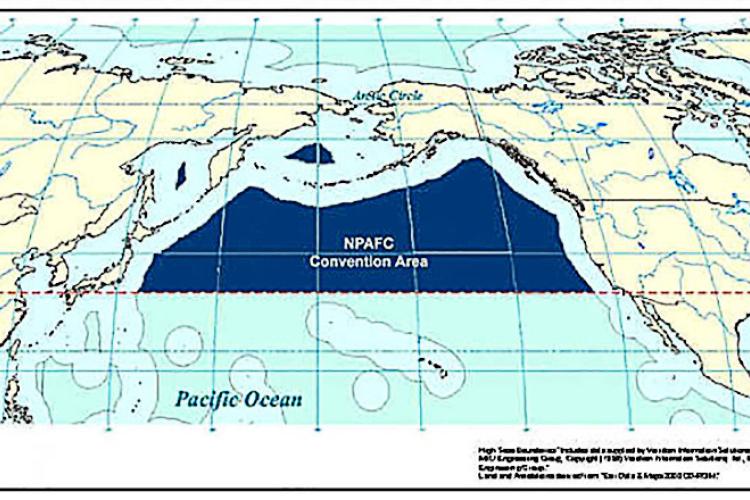 BASIS was recently expanded to include other large marine ecosystems in the North Pacific and was renamed Bering Arctic Subarctic Integrated Survey. Historically, fishing for salmonids on the high seas has been conducted using driftnets. BASIS was designed to improve the understanding of salmon ecology in the Bering Sea and to clarify mechanisms linking recent changes in ocean conditions with salmon resources in the Bering Sea. The BASIS Working Group develops research questions every five years to pursue based on discussions by organizations, government agencies, and universities included at the BASIS Symposium. Each year, NMFS scientists provide salmon ocean ecology data to the NPAFC Committee on Science Research and Statistics (CSRS); these data are used by the NPAFC Committee on Enforcement (ENFO) for their deliberations on where to focus enforcement effort within the Convention Zone.

Section 206 of the Magnuson-Stevens Act addresses impacts of high seas driftnet on marine resources outside of the nations' economic exclusive zones (EEZ). Specifically, Section 206.b.1 states that the continued use of large-scale driftnets beyond the EEZ of any nation is a destructive fishing practice that poses a threat to living marine resources of the world’s oceans, including but not limited to the North and South Pacific Ocean and the Bering Sea; and Section 206.b.4 states that increased efforts, including reliable observer data and enforcement mechanisms, are needed to monitor, assess, control, and reduce the adverse impact of large-scale driftnet fishing on living marine resources.

Spatial and Temporal Trends in the Abundance and Distribution of Forage Fish in Pelagic Waters of the Eastern Bering Sea During Late Summer, 2002–2016

Spatial And Temporal Trends In The Abundance And Distribution Of Groundfish In Pelagic Waters Of The Eastern Bering Sea During Late Summer, 2002–2016

Spatial and Temporal Trends in the Abundance and Distribution of Jellyfish in the Eastern Bering Sea During Late Summer, 2002-2016