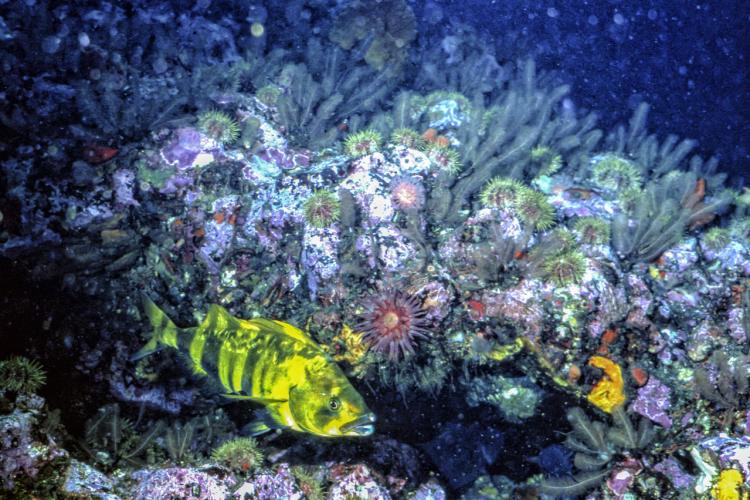 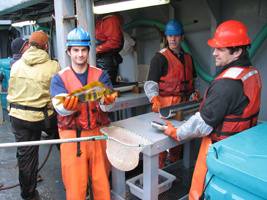 Atka mackerel represent one of the largest groundfish biomasses in the Aleutian archipelago, with current estimates of exploitable biomass in excess of 360,000 tons.  They occur in dense aggregations in the Aleutian island passes and prefer habitat with strong currents.  Atka mackerel have been observed at great densities and are extremely patchily distributed in space and time.

In order to prevent possible prey shortage for the Steller sea lions, the NOAA Fisheries established 20nm no trawl zones around six sea lion rookeries in the eastern Aleutians in 1991.  In 1998, further efforts were made to spread out fishing effort temporally as well as spatially.  Instead of one season per year for Atka mackerel, an A and a B season were mandated and more quota was assigned to be caught outside of critical habitat.  These restrictions affected the fishery severely and the question arose as to the efficacy of the no trawl zones and the impact of the fishery on Atka mackerel.  In order to measure the impact, it is necessary to estimate small scale Atka mackerel abundance and potential changes in behavior or movement of Atka mackerel that could be attributed to the fishery.  The goal of this project is to use tagging methods to estimate local abundance and small scale movement of Atka mackerel around Steller sea lion rookeries and to examine potential fishery effects on Atka mackerel movement and abundance.

Biomass and movement rates were estimated with an integrated model that uses maximum likelihood to estimate all parameters simultaneously.  There were four components of the model including expected tag recoveries, tag loss, tag survival, and tag reporting. 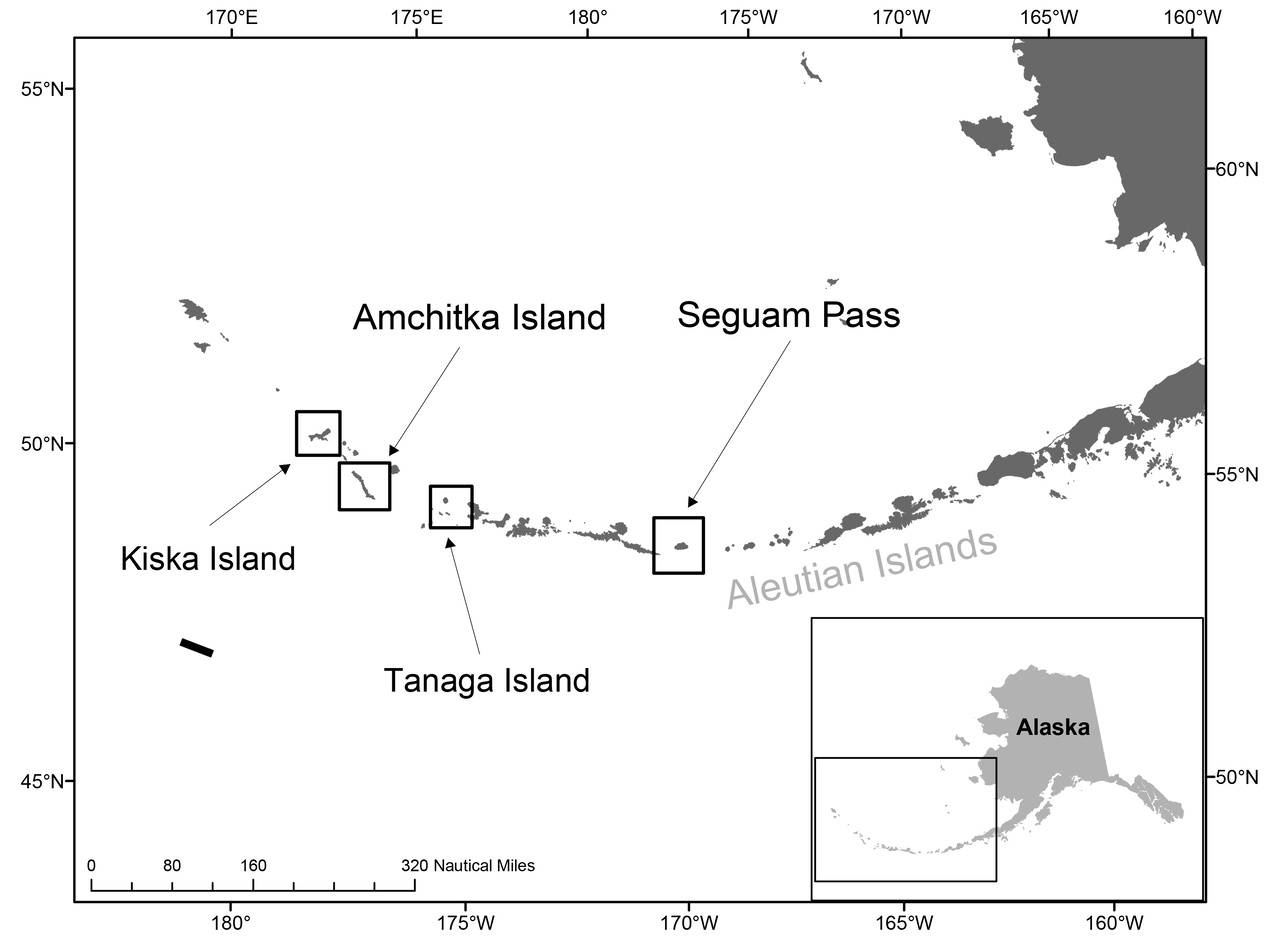 From 1999-2006, roughly 80,000 Atka mackerel have been tagged and released in our study areas at Seguam Pass, Tanaga Pass, Amchitka Island and Kiska Island of which 2152 have been recovered to date (Table 1 and 2).  Tag releases were conducted aboard the chartered Vessel Pacific Explorer and tag recoveries were conducted aboard the chartered Vessel Seafisher.  In addition, the Atka mackerel fishery provided a substantial amount of the tag recoveries in the areas open to fishing.  Tagging procedures and recovery sampling are described in detail in.  Since 2005 this study has been a cooperative venture with the non-profit organization North Pacific Fisheries Foundation which has funded a large part of the 2006 tag release and recovery field work.

Charter vessel CPUE was estimated from the hauls of the recovery cruise with the Chartered factory trawler Seafisher as the average Catch in tons per hour trawled.  The vessel was using commercial fishing gear.

Vessel CPUE was highest at Seguam Pass and lowest at Amchitka and seemed to show the same trends as the population estimates.  CPUE (tons of Atka mackerel caught per hour) only reflects the fish density in the sampled hauls.  It does not take into account the differences in geographical size of the habitat.  Therefore it seems reasonable that CPUE is about three times as high in Seguam as it is in Amchitka, even though population estimates are more than ten times as high.  The geographical area of Atka mackerel trawlable habitat at Seguam pass is much larger than the one at Amchitka which is reflected in the larger population size.