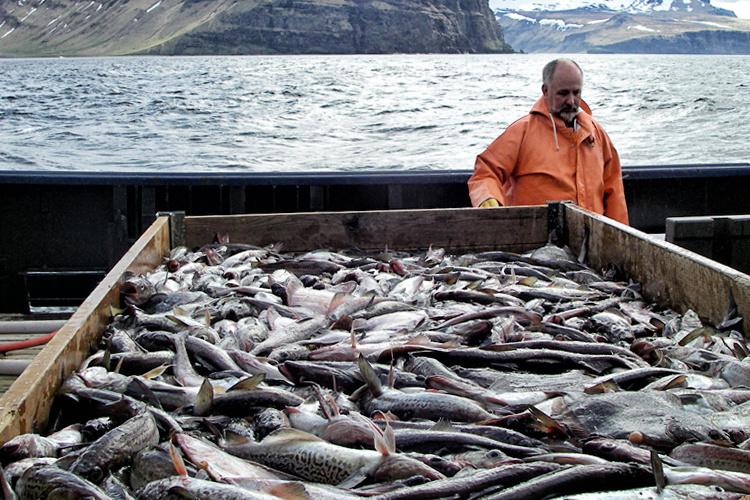 The Status of Stocks and Multispecies Assessment Program, Fishery Interaction Team, was formed to investigate the effects of commercial fishing on top trophic level consumers.  Members of the team are currently conducting studies to determine whether commercial fishing operations are capable of impacting the foraging success of Steller sea lions either through disturbance of prey schools or through direct competition for a common prey.  The present research focus is on the three major groundfish prey of sea lions: walleye pollock, Pacific cod and Atka mackerel.

The Fisheries Interaction Team investigates the potential effects of commercial fishing on sea lion prey fields in two ways.  First, by conducting field studies to directly examine the impact of fishing on sea lion prey fields and to evaluate the efficacy of trawl exclusion zones.  The impetus for this work is to evaluate the hypothesis that commercial fishing may reduce the availability of prey in localized areas.  The home range of a foraging Steller sea lion could be considered a localized area.  A reduction in prey availability may result from a reduction in prey abundance and/or a disruption in the spatial patterns of sea lion prey.

The second way that the team investigates the potential effects of commercial fishing on sea lion prey is by studying fish abundance, distribution, behavior and life history at spatial scales relevant to sea lion foraging (tens of nautical miles).  This scale is much smaller than the spatial scales at which groundfish population dynamics are usually studied and at which stocks are assessed.  This information is needed to construct a localized, spatially-explicit model of sea lion prey field dynamics that can be used to predict spatial and temporal shifts in the distribution and abundance of sea lion prey and potential effects of fishing on these prey fields.  Studies of fish movement are a critical first step toward developing such a model.  For example, regulations that assume fish remain stationary may not be effective if small-scale fish distributions are fluid.  Likewise, localized consequences of fishing may be rendered undetectable using methods that assume that fish are stationary in time and place.  Studies of fish reproductive dynamics are needed to assess variability in spawning condition over space and time and thus to improve our understanding of the processes underlying fish movement.  In addition, spawning condition effects the nutritional value of prey seasonally.  Fish food habits and growth are also important components of a model of sea lion prey field dynamics.