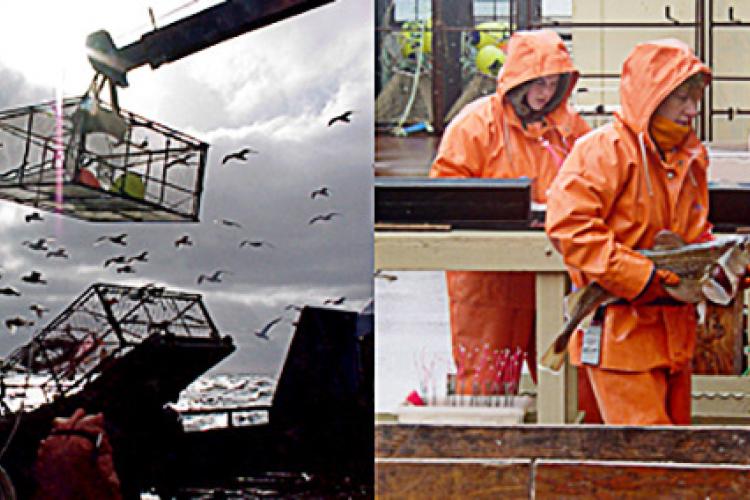 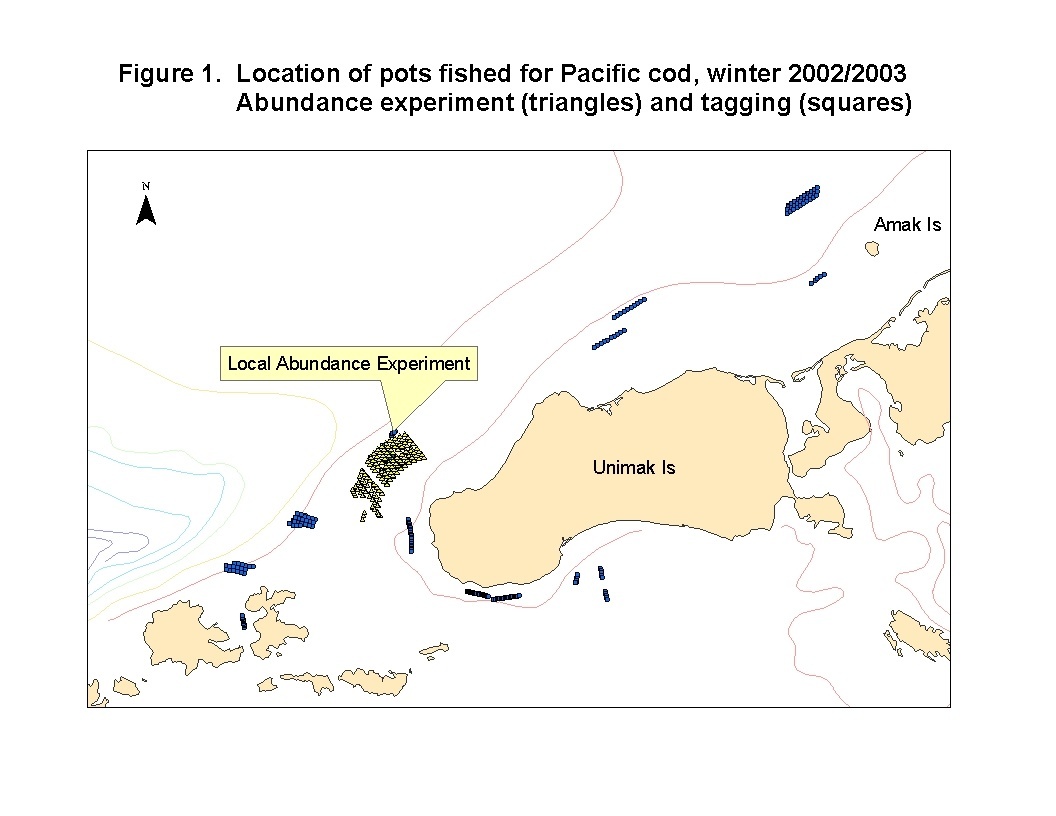 The exact study location and location of pots fished for Pacific cod in 2002 and 2003.

One of the research efforts funded by the Steller Sea Lion Research Initiative is a field study of localized depletion in Pacific cod. This study is being conducted by the Alaska Fisheries Science Center in the portion of the southeast Bering Sea known as “cod alley”, on the northwest side of Unimak Pass. This area has historically been the source of a large fraction of the Bering Sea cod harvest; the intensive trawling that occurs here during the winter cod season is being used to test the hypothesis that heavy fishing may create a localized depletion in the abundance of groundfish that are eaten by Steller Sea Lions.

The study uses pot catch of cod with a fixed fishing method as an index of local abundance. Because pot data have a much lower variance than trawl data and the number of samples obtained is larger, it is hoped that the pot-fishing study can provide results suitable for statistical testing of whether or not a measurable localized depletion occurs.

Tagging of cod for tracking movement patterns, development of scientific pot sampling gear, and collection of biological specimen data are also going on as part of the study. This study was presented to the North Pacific Fisheries Management Council (NPFMC) in fall of 2002. The NPFMC approved a small special closure area near Cape Sarichef to allow this study to be conducted; the closure is in effect from March 15-31 for 2003 through 2006. The first run of the experiment was conducted in winter 2003. Bad weather and mechanical problems resulted in a very small data set for this year; results did not indicate a depletion effect but are not considered conclusive. The experiment was repeated in January and March 2004.