Scientists simulated the Blob marine heatwave in the laboratory to assess the effects of past and future climate change on one of Alaska’s valuable commercial fish. 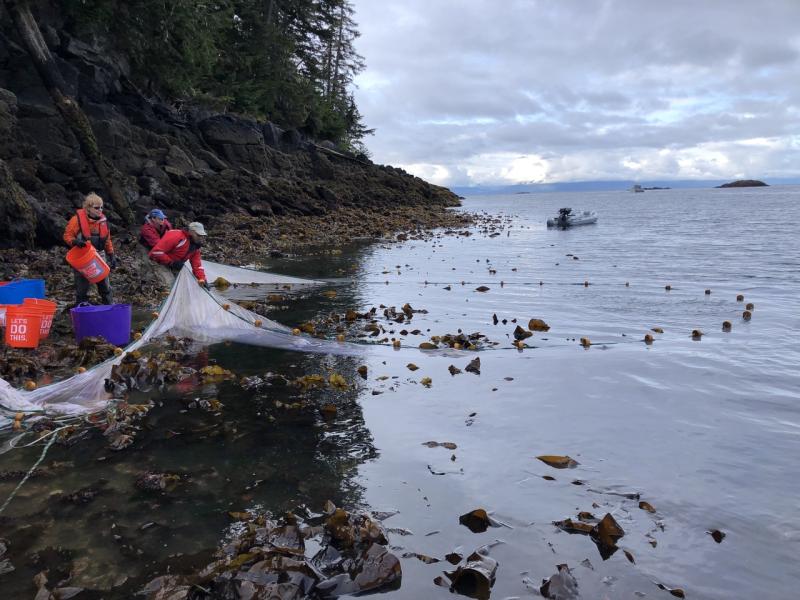 This study is the first of several planned features on Alaska Fisheries Science Center research on Pacific cod in Alaska. Pacific cod are an important target of commercial fisheries in the Gulf of Alaska and Bering Sea.

Scientists are evaluating how changes in temperature and prey quality during the Blob marine heatwave influenced growth, condition, and ultimately survival of Pacific cod in Alaska.

The number of marine heatwaves has doubled over the last four decades globally. They are also growing more intense, according to the Intergovernmental Panel on Climate Change. Understanding how the Blob impacted fish populations will help managers and fishermen adapt to future changes.

Pacific cod is an economically important species that has long supported the second largest commercial fishery by weight in Alaska.

In 2017, data from the biennial Gulf of Alaska bottom trawl survey revealed startling statistics: Pacific cod biomass had dropped by 79 percent since 2013.

This dramatic decline coincided with a period of anomalously warm water in the Gulf of Alaska during 2014-2016, now commonly known as “the Blob.”

Scientists believe that the Blob may have increased juvenile cod mortality. This is the primary factor determining how many cod and other groundfish are produced in the Gulf of Alaska.

Warmer water temperatures associated with the Blob may have increased the metabolic needs of young cod. At the same time, it may have decreased prey availability or quality.  One of the effects of the Blob was an increase in protein and reduction in fat content of available prey.

“Understanding how temperature affects juvenile growth, condition, and survival is fundamental to determining and predicting Pacific cod stock strength,” said Katharine Miller, a NOAA Fisheries biologist at the Alaska Fisheries Science Center’s Auke Bay Laboratories who is leading the research. “It is critical information for effective Pacific cod management in a changing climate.”

To find out how and why the Blob increased mortality of juvenile Pacific cod, Miller’s team simulated Blob conditions in the laboratory.

The scientists collected juvenile cod by beach seine in Southeast Alaska during June 2019. They transported the live fish to Auke Bay Laboratories in Juneau, Alaska, and allowed them to acclimate to the experimental tanks. 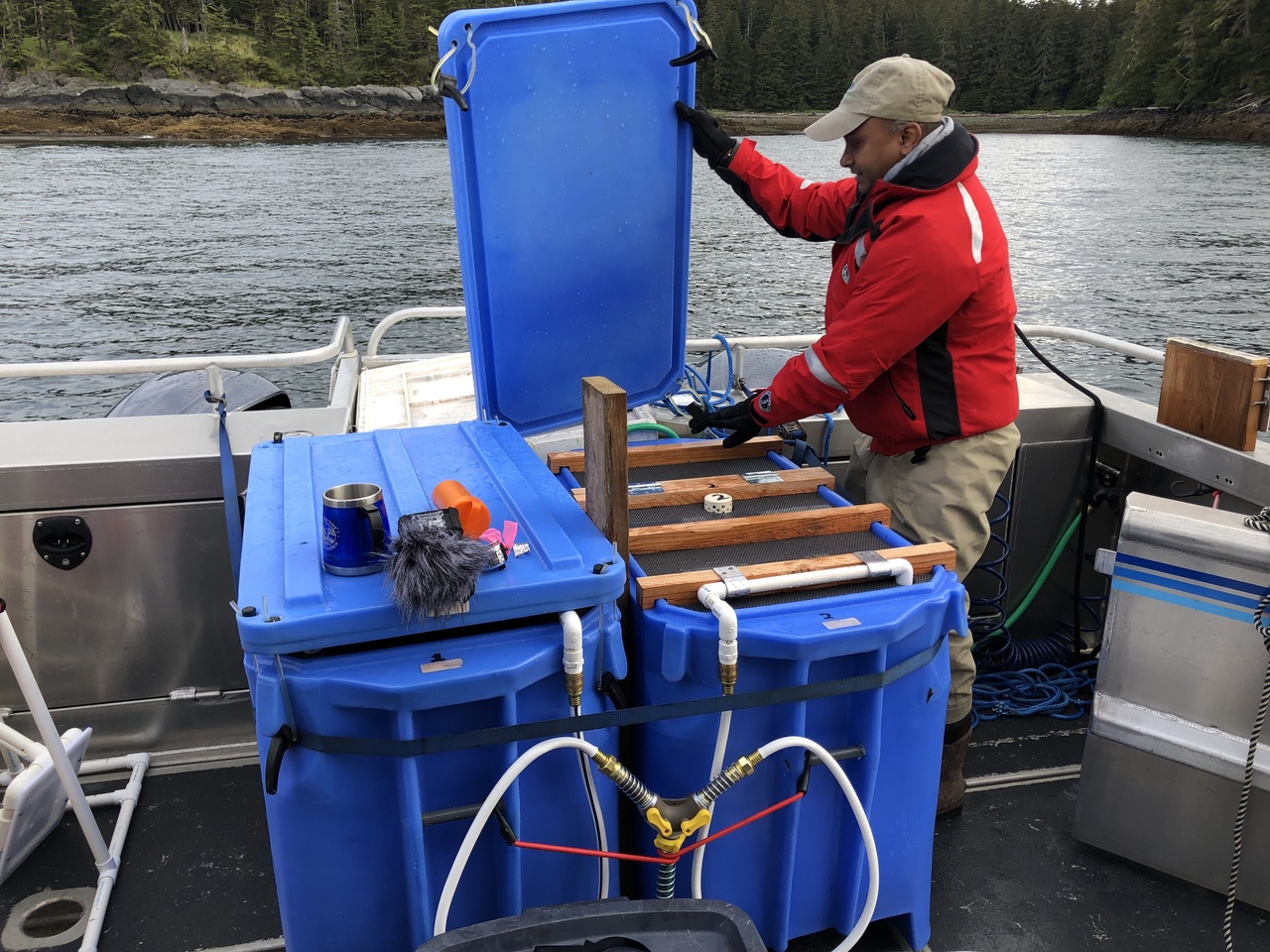 In July, the experiments began.

The team fed the young cod two different diets representing “pre-Blob” and “Blob” prey. The food was formulated based on prey abundance and energy content data from surveys preceding and during the Blob. The two diets were of equal caloric value, but different fat and protein content:

The fish were fed each diet under a range of water temperatures: 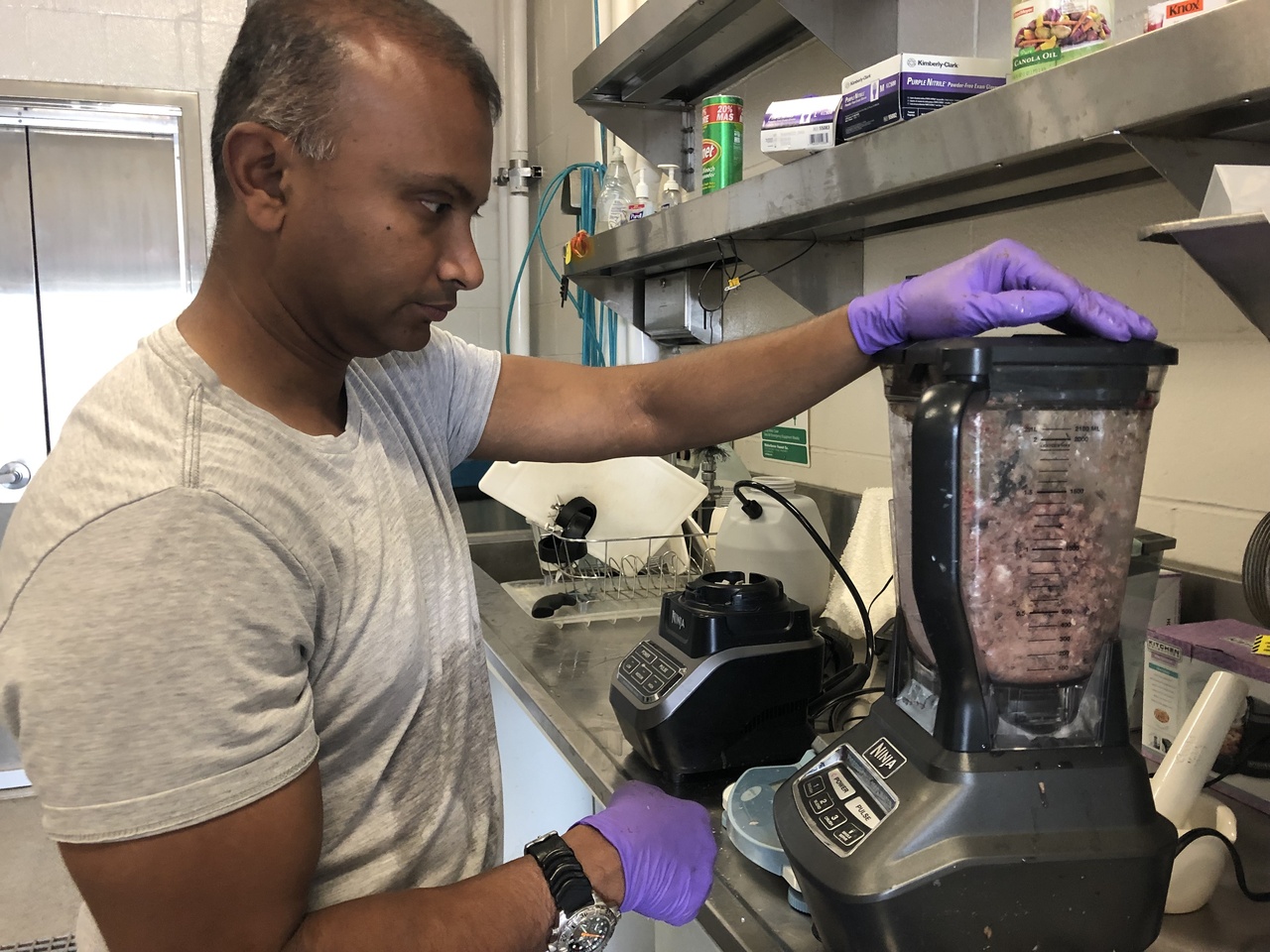 The scientists monitored growth and condition of the fish and how it changed with different temperatures and diets. Length and weight of fish were measured at the start of the experiment, and then every 2 weeks, to track growth. Scientists sampled fish at the beginning, midpoint, and end of the study to determine their condition. They analyzed fish RNA/DNA ratios (a measure of growth rate), and fat and protein composition are underway. 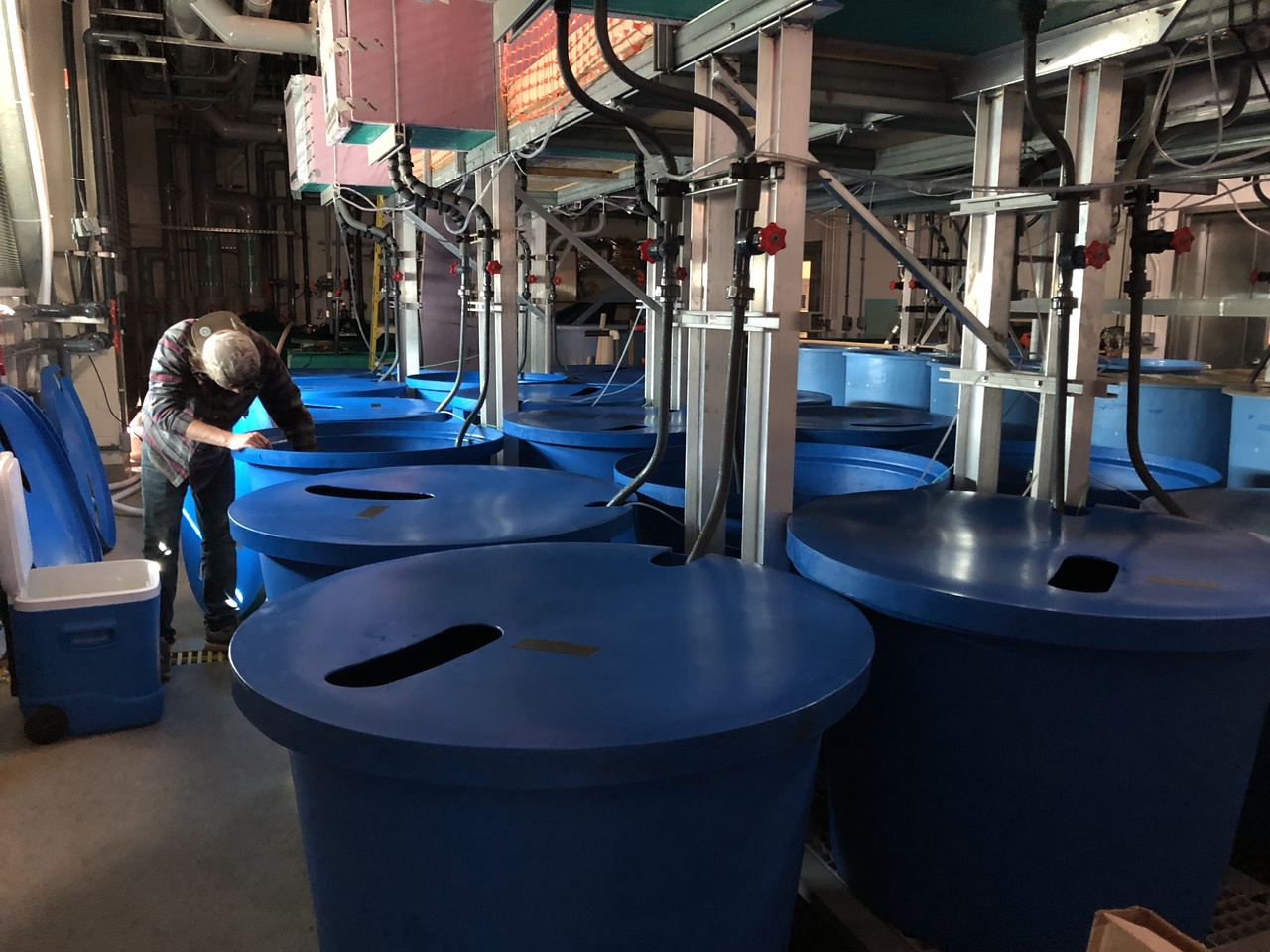 Scientists are currently analyzing the fat and protein composition of the fish. Fish that are able to store more fat are better prepared to survive over winter.

Results from these chemical analyses will show if diet quality may have played a role in juvenile fish mortality during the blob years, or if fish are able to compensate for poor-quality diets by consuming more. 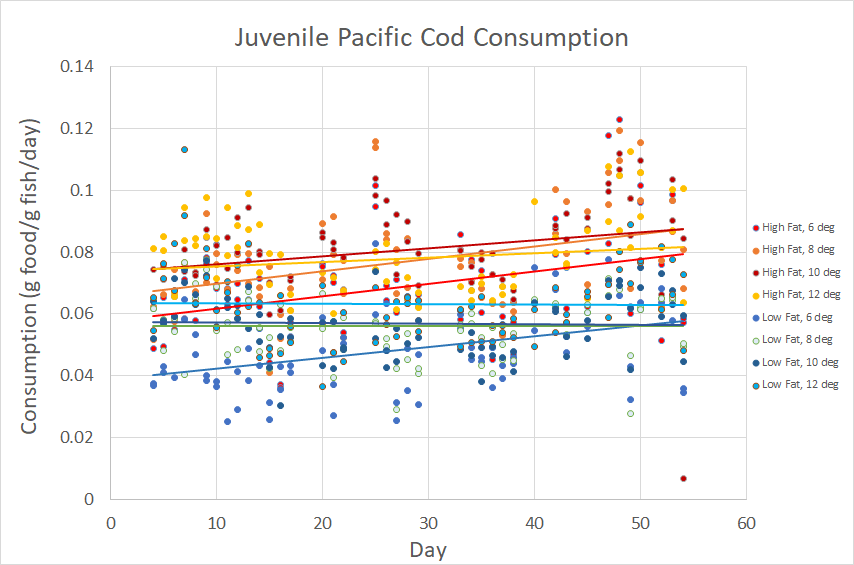 This laboratory study is one component of a larger study that aims to understand mechanisms behind larval cod settlement to nearshore nursery areas and how nursery conditions around the Gulf of Alaska affect fish body condition and potential survival to adulthood.

The Gulf of Alaska Integrated Ecosystem Research Project developed a predictive model of Pacific cod early life history and dispersal. Scientists will incorporate the results of these laboratory experiments into the model to improve predictions of Pacific cod distribution and abundance. As these models become more refined, they may serve as early warning indicators of recruitment success or failure for recent year classes which could help guide quota recommendations for fisheries management.

Over the next two summers, the team will validate the model predictions in the field. This will involve an innovative use of baited cameras and beach seines to sample predicted cod nursery areas in the western, central, and eastern Gulf of Alaska. Scientists will compare spatial abundances from these sites to the model predictions and use them to refine the model.

“Right now, there is a lot we don’t know about where Pacific cod spawn and what effect oceans currents actually have on larval distribution, “ said Johanna Vollenweider, a scientist who works on juvenile fish bioenergetics.  “With this research we are hoping to fill in some blanks. We also hope to learn about what environmental factors contribute to quality nursery habitat.”