Connecting Fishermen to Food Banks in a Time of Need

Innovative partnerships help fishermen and seafood farmers share the bounty of the sea with those who have less. 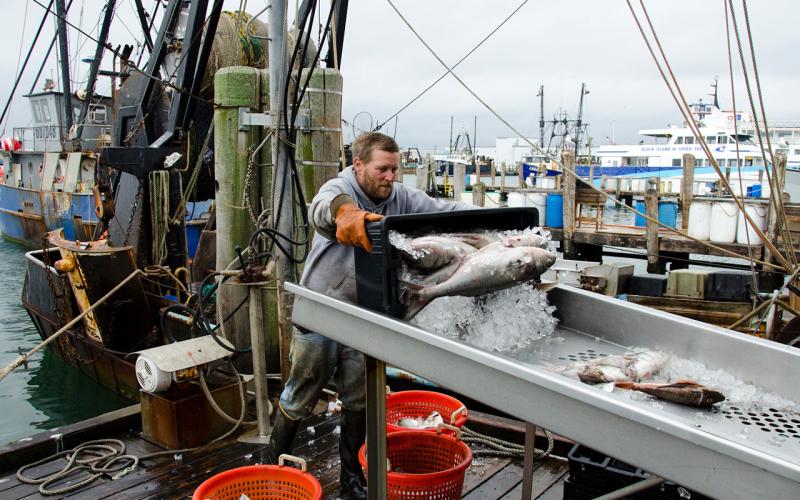 Over the past 2 years, the pandemic has brought disruption and hardship to families around the country. When retail stores, restaurants, events, and tourism shut down, millions of people found themselves out of work and in need of assistance. Throughout the country, the demand at food banks increased dramatically.

At the same time, fishermen and fish farmers had seafood, but nowhere to sell it. Restaurant closures, event cancellations, and reduced processing capacities meant fishermen had trouble finding buyers for their catch.

Sensing a way to address two problems at once, several initiatives around the country used grant money to purchase catch from fishermen in large quantities and then donate it to food banks. This provided a stable market for the fishermen and food assistance in the community. We’d like to highlight some of the innovative efforts around the nation strengthening coastal communities during this difficult time.

The Hawaii longline fishery targets high-value fish such as tuna and swordfish and sells their catch fresh on ice at the Honolulu Fish Auction. When the pandemic closed down restaurants and halted tourism, this fishery suffered some of the steepest declines in landings revenue in the nation. But fresh fish is also an important food source for Hawaii residents, who eat twice as much seafood as average Americans. For them, a rise in food insecurity meant a rise in fish insecurity as well.

Last summer, in response, the City and County of Honolulu initiated the “Fish to Dish” program using Coronavirus Aid, Relief, and Economic Security Act funds. First, the program offset vessel operating costs, getting longline fishermen back out on the water to catch fish. Then it supplied funds to purchase the longliners’ fish at auction. The program ultimately donated more than 110,000 pounds of filleted fish to local kūpuna (seniors) and families in need.

MIT Sea Grant provided COVID Rapid Response funds to the fishermen to develop and pilot a new value-added seafood product that would be easy to distribute and scale. Small haddock, often called “snapper haddock,” are plentiful to catch but difficult to market as fillets. However, they are great for chopping into chowder. Branded “Small Boats, Big Taste,” the prepackaged individual servings of haddock chowder now support an entire production chain in Massachusetts. The haddock is caught by fishermen from Cape Cod, filleted by a seafood company in Boston, and made into chowder by a local soup company in Lowell.

For food bank clients, the frozen chowder portions are easy to take home, reheat, and enjoy. Its immediate popularity helped the program secure additional funding. By the end of this year, they expect to have donated more than 1 million servings of haddock chowder to food assistance programs across New England.

Massachusetts Food Banks Serve Oysters Off the Half Shell

Closer to Cape Cod’s shore, oyster growers cut off from restaurant sales were facing an additional conundrum: their oysters were getting too big. Unharvested, oysters can grow much larger than the sizes customers expect to eat on the half shell. They also take up valuable space in leased shellfish beds where growers would plant baby oysters for future harvest.

Last August, Woods Hole Sea Grant and Cape Cod Cooperative Extension used COVID Rapid Response funds to purchase large oysters from Massachusetts growers. The next step was making the oysters more accessible to eat and ready for food bank distribution. The project worked with four local seafood processors to shuck and package the oysters. By February, the initiative had donated nearly 1,800 pounds of shucked oysters to food banks in the region.

Learn more about the project to donate shucked oysters

From Sea to Shining Sea

Across the nation’s coastal landscapes, similar hardships—and opportunities—played out in every community. Fisheries financing nonprofit Catch Together sought to demonstrate that small-scale fisheries can be a part of the solution in efforts to combat food insecurity. Over the course of a year, they distributed $5 million in COVID relief funds to fishing organizations partnering with relief organizations in communities from Alaska to Maine.

By June 2021, the funds had donated more than 1.1 million pounds of seafood around the country and kept 1,247 fishermen and 888 fish processing workers in business.

Thankful for a Sustainable Seafood Supply

Pandemic disruptions reached every flavor of seafood production, but they contained some silver linings. The dual need for food for local residents and work for the seafood industry pointed to ways to better connect coastal communities to their own regional seafood supply.

The relationships formed through these collaborations can last beyond the availability of emergency pandemic relief and position the communities to continue the work on their own. The Cape Cod fishermen, for example, aim to establish a sustainable market for their haddock chowder at groceries and institutions while continuing to support the food pantry system. They recently began supplying the MIT dining halls.

Fresh seafood is a welcome and nutritious meal component for community members with limited resources and limited options. It’s a healthy source of protein, with relatively less sodium and saturated fats than red meat. And familiar seafood dishes, like chowder and gumbo, are often regional comfort foods, good for the soul in trying times.

This Thanksgiving, we at NOAA Fisheries are thankful for the fishermen and seafood farmers who use their critical services to bring the bounty of the sea to those in need. 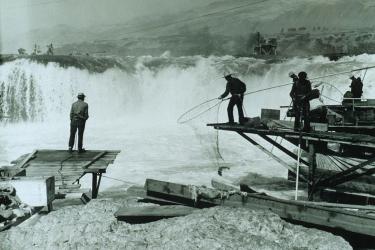 Last updated by Office of Communications on November 22, 2021