Take a virtual walk along Town Brook in Massachusetts to see fish passage projects that have reopened the stream, giving migrating herring and eel new access to restored habitats. 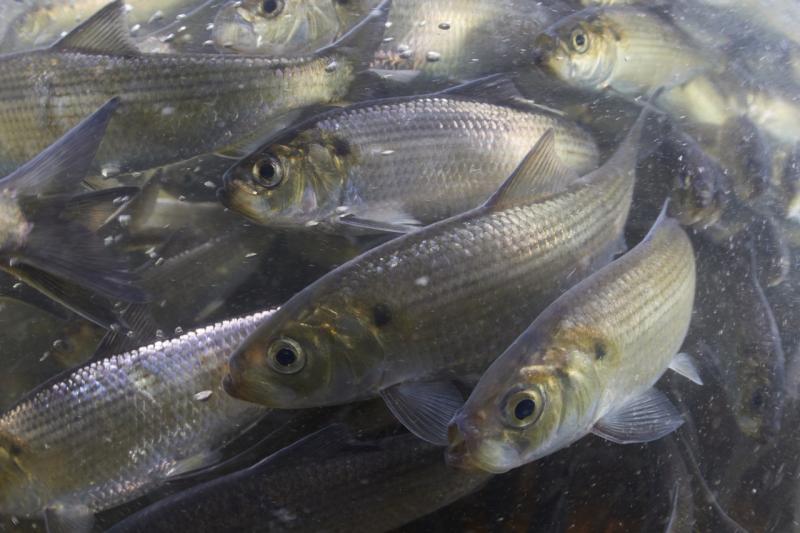 Town Brook in Plymouth, Massachusetts, once full of barriers blocking migrating fish from passing, has been reopened and restored. Now fish like river herring and eels can make it to and from habitats important for their survival and sustainability, and they are better able to support ocean species that rely on them for food. 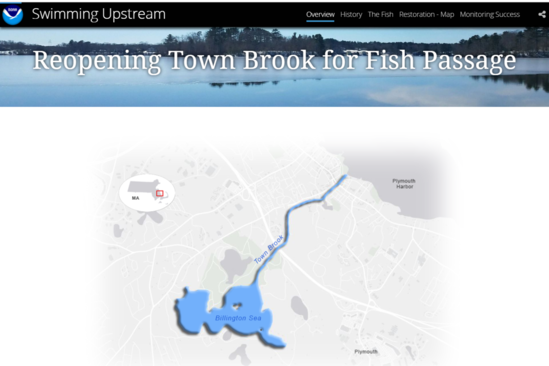 Click on the image above to visit our story map for a virtual walk along Town Brook seeing 20 years of fish passage work.

The 1.5-mile stream flows from the freshwater Billington Sea to the Atlantic Ocean near Plymouth Rock, Massachusetts, and serves as an important habitat for fish that migrate between the ocean and freshwater areas. For hundreds of years, dams in the stream blocked fish from passing and caused populations to decline.

The NOAA Restoration Center worked with its partners, the Town of Plymouth, State of Massachusetts, and others to remove these barriers to reopen the stream. The first dam was removed in 2002, and as of 2019, five dams have been strategically removed and major improvements to fish passage have been implemented at the sixth dam site. The final, Holmes Dam, was removed just in time for the annual spring herring run. 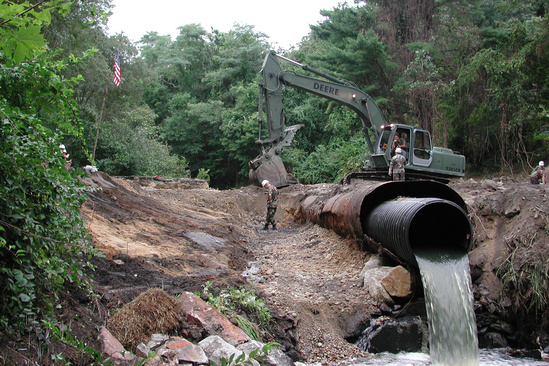 Every year, millions of fish migrate to their spawning and rearing habitats to reproduce. Some fish swim thousands of miles through oceans and rivers to reach their destinations. Often blocked by human-made barriers, when fish can’t reach their habitat, they can’t reproduce and grow their populations. 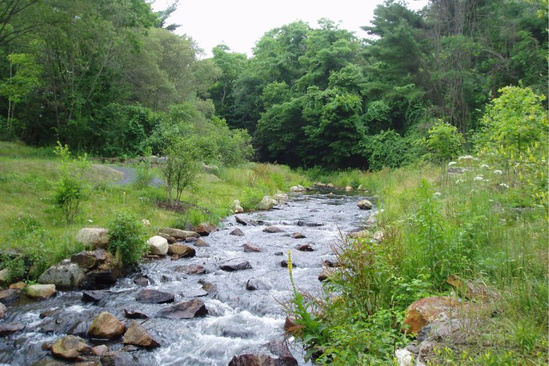 Town Brook restored at the site of the former Billington Street dam.

NOAA Fisheries removes or finds ways around barriers to fish passage and improves in-stream habitat for migrating fish. We have completed more than 600 fish migration projects, opening almost 6,000 miles of rivers and streams.

Last updated by Office of Habitat Conservation on April 06, 2020